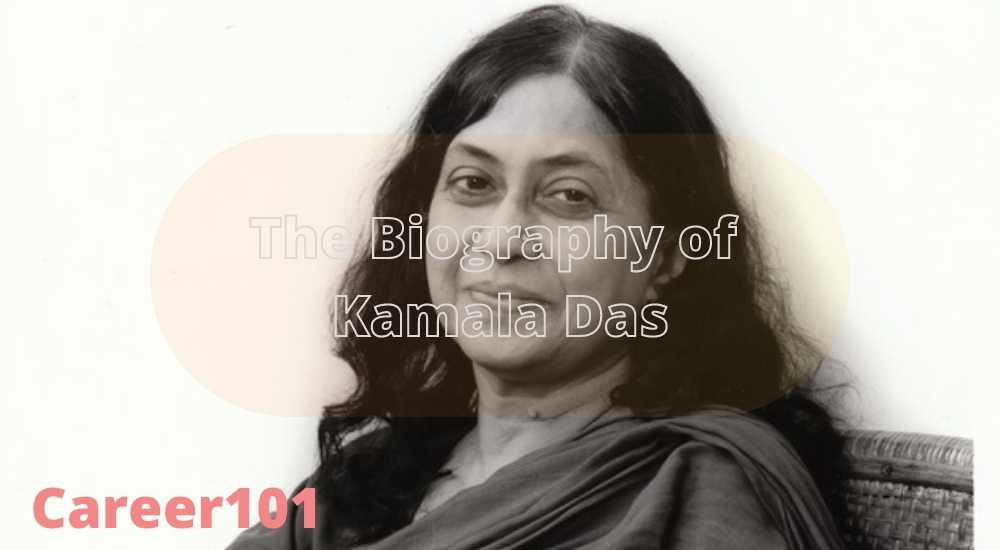 Open and frank expression about being women in India starts with Kamala Das. Kamala Suraiyya was her last assumed name after converting to Muslim from a Brahmin. She started writing under pen name of Madhavikutty but the Fandom also remembers her as Kamla Dass, Kamala Surayya, kamalasurayya and simply Ami and Suraiyya. Also nominated for Nobel in 1984, she won Asian World Prize 1985 for Literature. Google in Feb 2022, celebrated life & works of Kamala by featuring her on the Doodle.

Kamala Das autobiography ‘Ente Katha (1973)’, published in English as ‘My Story (1976)’ has been highly controversial but widely loved by the literary world. She wrote many short stories, poems, memoirs and essays in her lifetime. Some of her great works include “Summer in Calcutta”, Thanuppu (1967; “Cold”), “The Descendants”. Kamala Das was a bilingual writer of Malayalam and English.

Kamala Das came from a good family background. She was born in March 31st, 1934, Thrissur, Malabar Coast (now in Kerala) and died in May 31, 2009, Pune. Her mother (Nalapat Balamani) was a well-known poet, and her father, V.M. Nair, was an automobile company executive and a journalist. Kamala Shifted from Kerala to Calcutta, where her father worked where she grew up.

At merely 15 years of age, she married Madhava Das (many years senior to her). Thereafter she moved to Bombay (now Mumbai) with her husband. Despite having three kids, she never stopped writing and undertook all her writing work at night.

Kamala Das began writing poetry from very early age. She is the first Indian woman author who wrote openly and frankly about female sexual desire and the experience of being an Indian woman. She has written exemplary piece of literature both in English and Malayalam language under the pen name Madhavikutty.

Her short stories, novel, memoirs, essays brought her respect and notoriety in equal measures. Although, she had lived a life under the British Raj, her works were centred around her personal life rather than colonial experiences.

In Malayalam, her best work include the short-story collection Thanuppu (1967; “Cold”) and the memoir Balyakalasmaranakal (1987; “Memories of Childhood”). However, best overall was her autobiography. Interestingly, this autobiography appeared as a series of columns in the weekly Malayalanadu. It was then published as Ente Katha (1973) in Malayalam. Later, Ente Katha came up in English as My Story (1976).

Kamala Das, a prominent Indian author, was a bilingual writer. She took up her literary works in English and Malayalam, though her mother tongue is Malayalam. She had earned a respectable place in both English and Malayalam. Her well-known volumes of verse in English are “Summer in Calcutta”, “The Descendents”, and “The Old Playhouse”. The features of the poetry of Kamala Das can be seen through her poems.

As a proficient bilingual writer Kamala earned a respectable place in both English and Malayalam. She wrote on diverse topics, including patriarchal society, child care, woman’s issues, Love, Politics etc. Das was an ingenious poet and author and wrote very explicitly about the female sexual desire and the plight of the woman.

(a) An Autobiographical Approach

Kamala Das poetry is primarily autobiographical and her theme is love. About the subject matter of her poetry, she herself states:

“A poet’s raw material is not stone or clay, it is her personality”.

For Kamala Das love hardly goes beyond sex and lust- which even reaches the point of nausea and is reborn again and again with new vigour. She is essentially a poet of love. The subject of love is recurrent in almost all her poems. She portrays the physical aspect of desire caused by amorous attachment and adulterous love. She also writes about frustration caused by unfulfilled love. Kamala Suraiyya makes a reference to this in her poem “An Introduction”. “An Introduction” is an autobiographical verse that throws light on the life of women in the patriarchal society.

“I met a man loved him, call
Him not by any name, he is every man
Who wants a woman, just as I am every
Woman he seeks love. In him.. the hungry haste“

It is interesting to see that Kamala Das seeks love outside the marriage. The reason may be the brutal treatment of her husband.

(b) Love Poet in Essence

The poem “The Old Playhouse” deals with the theme of frustration in love. It is not just playhouse, but it is symbolic of the poet’s bedroom experience of sex without any response from her. Her poem “The Freaks” also deals with the similar theme of unfulfilled love. The poet in most of her love poems look forward for real love, something that is not lust. In this way the accusation that Kamala Das is a nymphomaniac (a woman with uncontrollable or excessive sexual desire) is not true.

“Summer in Calcutta” is one of the representative poems of Kamala Das. Here she remembers her man. She says that her man would forgive her for not waiting for him at the moment. She confesses that her devotion to him was brief but she looks forward to her man helping her surge on the wings of love. But he cannot put her on terra- firma as he rooted to the gratification of his kernel love.

(c) Feminist To the Very Core

Kamala Das also attacks the social conventions and taboos. Das believes in the emancipation of women. She as a feminist leads her attack on the convention ridden society that denounces her poetry. She visualizes the unromanticized core of the man and women relationship.

Major themes of her poetry centre around herself as a champion of feminist cause. In her two poems, “The Old Playhouse” and “The Sunshine Cat”, she expresses her disgusting relationship with her husband and portrays her husband as a selfish and cowardly man who did not love her properly. She has been very vocal on how her husband treated her as a prisoner with only a yellow cat (or a streak of sunshine) to keep her company.

Whatever be the genre she took up, Kamala has expressed herself. Probably, Kamala is the first Indian woman poet to speak frankly about sex. As an iconoclast, she is against the conventional concept of love concerned with purely physical gratification. She advocates gratifying as- the craving of the soul.

In her another poem “A Request” Kamala Das says that people should not throw the meat and bones away when she died. But they should pile them up as they will tell what love was worth when she was alive.

Kamala Das is not a mere love poet longing for the intense fulfillment of the bodily hunger. She has vision, diction and understanding for images noted for significant suggestions and multileveled meaning. She has a deep understanding of the human psychology which she expresses in the poem “The Dance of the Eunuchs”.

Kamala Das is a phenomenon in Indo- Anglican poetry. Her fierce feminine sensibility, her meaning of love combined in words and rhythm impress us and leave a lasting impression on one mind. Kamala Das and Keki N Daruwala have although no comparison in their writing canvass but both have greatly contributed to Indian English space. Much like Nissim Ezekiel, the Chaucer of Indian English poetry, Dass was also pioneer in her own capacity.

Literary Works of Kamala Das was immensely respected and had far and wide popularity. At her time she was possibly the standalone female writer who had such a vast canvas which transcended nation’s geography. Her nomination for Nobel in Literature in 1984 is a big proof of the fact. Google recently featured her in their Doodle story on Feb 1st 2022

Q. How Did Kamala Das husband Treat Her?

Ans: Husband treated her very badly and inhumanely as seen from different manifestations of Kamala Das. In two of her poems she has portrayed the disgusting relationship with her husband. Her husband treated her as a prisoner with only a yellow cat (or a streak of sunshine) to keep her company.

Q. What are the Poems Written by Kamala Das?

Q. What is Kamala Das and her Poetry Known for?

Ans: Kamla Dass is a prominent Indian poet, memoirist and short-story writer whose work was known for its open discussion on women’s sexual lives and the experience of being Indian Woman. Feminine sensibility has deeply permeated through her poems.

Q. What are the Salient Features of Kamala Das Poetry?

Beyond Life & Works of Kamla Dass Under Literature Reads