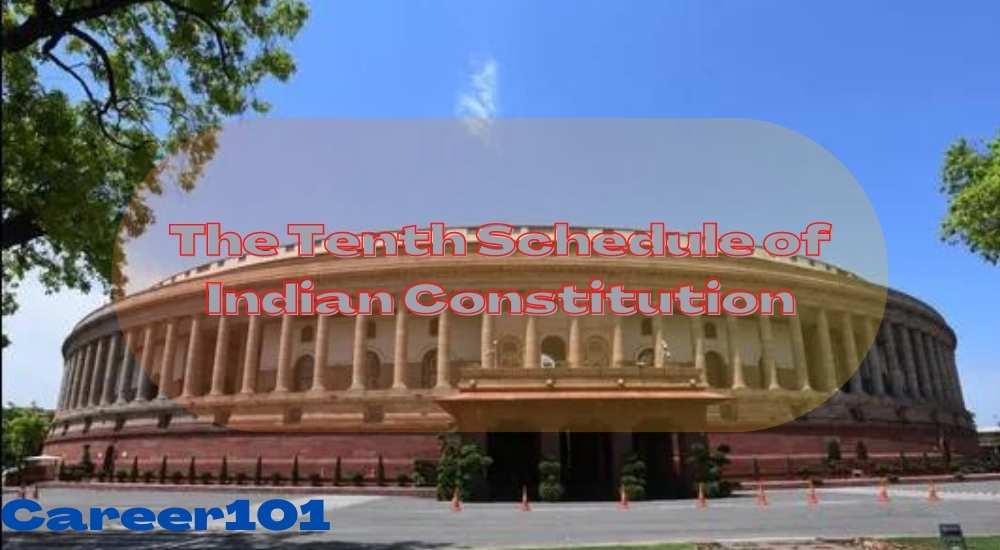 It was passed in 1985 to limit such frequent defections in Indian politics. Rajiv Gandhi was a key personality behind the introduction of this law. It is not applicable in every situation. it comes into play only when the number of legislators who are in favor of a merger is less than two-third.

What is Anti-Defection Law all About?

Anti-defection law is a law that determine the process of making an elected member disqualified for the remaining term, who defected either by resigning or by infringing the party leadership and by being absent in crucial voting.

The anti-defection law in India is synonymous with the Tenth Schedule to the Indian Constitution. The latter being source of the law. The enactment of anti-defection law aimed to address the menace of shifting allegiance by legislators from the parties they supported at the time of election.

Switching allegiance also includes neglecting their parties ‘ decisions at crucial times such as during voting on an important proposal. Such shifting of allegiance was considered to be a sign of endemic political corruption, which in turn affects the other aspect of life.

The defection of legislators can weaken the stability of government which is dependent on elected legislators of the majority party or coalition of those elected to represent other parties. Earlier the introduction of this law, both central and some of its state/territory government had experienced the event of instability resulted from shifting political allegiance by legislators.

This all, necessitated a law to prevent unforeseen instability in Indian politics. And, to achieve this, the Tenth schedule of the 52nd amendment to the constitution of India was passed in 1985.

Rajiv Gandhi became the 6th prime minister of India in 1984. Keeping in view the problem of instability caused by legislators in the Parliamentary System of Government, his first action as Prime Minister was passing the anti-defection law in January 1985.

Rajiv Gandhi’s government also included anti-defection law in the constitution as a part of the tenth schedule of the Indian constitution. This law states that an elected MP or legislative assembly could not join an opposition party until the next election if the merger doesn’t have the support of at least two-thirds of legislators.

How Tenth Schedule of Constitution Comes into Play?

When instabilities caused by a legislator in the Parliamentary System of Government, anti-defection law comes into play. According to this law, elected legislators could not join another party until the next election. If he does so, he has to face disqualification.

But, every law has limitations, and so has anti-defection law too. Without any risk of disqualification, legislators can change their party, if at least two-thirds of the legislators are in favor of the merger, neither the members who decide to merge nor the ones who stay with the original party will face disqualification.

Provisions for disqualification under the 10th Schedule

The anti-defection law (the Tenth Schedule) also includes provisions regarding the disqualification of MPs and MLAs based on the defection. The followings are the grounds for disqualification.

Exceptions under the Anti Defection Law

Just like Every law some has some exceptions, similar goes with the anti-defection law. Following are the exceptions under the tenth schedule of the Indian constitution.

Anti-defection law in India – The Precedence

He frequently Kept Switching political parties and contested legislative assembly elections in Haryana under numerous parties like Akhil Bhartiya Arya Sabha, Bhartiya Lok Dal, Janata Party. For his character of frequent floor-crosser, he became the source of the coining of the term Aaya Ram Gaya Ram.

An anti-defection law was passed in 1985 to limit such defections in politics. Uday Bhan, son of Gaya Lal, was quite similar to his father. He also has switched numerous parties but faced charges under Anti-defection law in 2004.

We keep posting valuable articles for exams of PSC and UPSC Civil Services which could be equally useful for other competitive exams like Bank PO, Staff Selection Commission, State Public Services Commission, and various others. So, keep visiting the site Career101.in to get more valuable study material and do share this article to let others benefit from.