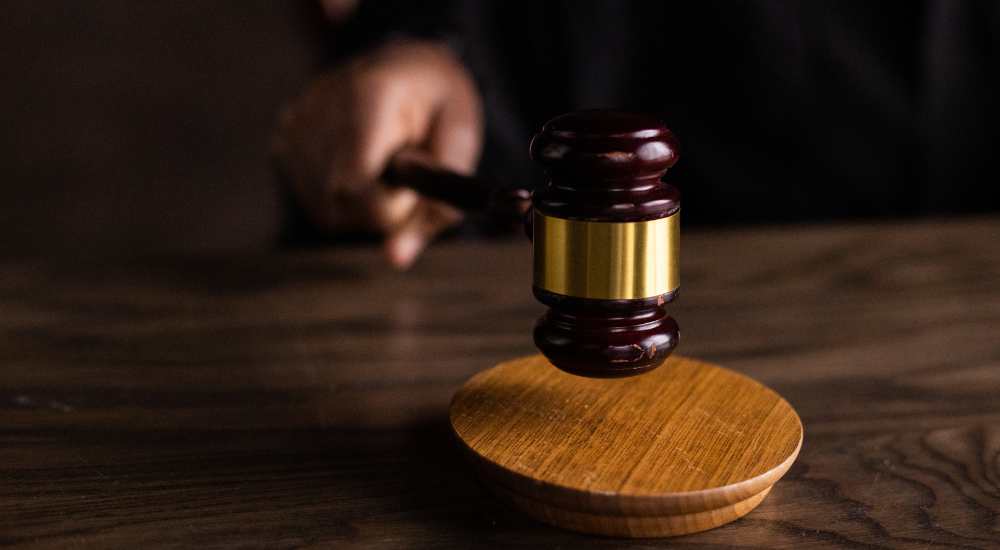 How to become a judge in India? one of the most common asked by the candidates who want to pursue a career in law as a Judge. In India, the position of judge is considered one of the most prestigious civil services. Judges are viewed with respect and dignity.

A law cannot simply come into operation by being published or mentioned in the constitution. The court system, which is presided over by a Judge, is accountable for it. They make sure that everything that takes place in the courtroom follows the rules set down by the law.

The judge is the trier of law, meaning he or she presides over the court trials and hearing. They hear each witness and any other evidence presented by the prosecution and the defense. In order to reach a decision, whether the accused person is guilty or innocent.

What Does a Judge Do?

An individual who is appointed to preside over court proceedings is a judge. The judge considers the points put forth by both sides before deciding. He or she makes decisions in legal disputes, adjudicates legal issues, and performs as a referee between the parties in court.

A judge must listen to the allegations of both the prosecuting and defending parties. They hear the witnesses’ testimony, decide whether the evidence is admissible, and inform the defendants of their rights. The jury receives instructions from a judge.

How to Become a Judge in India?

Earn Bachelor’s Degree: If you want to pursue your career as a Judge, you will be required to earn a bachelor’s. The applicant must possess a law degree from an undergraduate program, which may be a 5-year course that begins straight after high school or a 3-year LLB after graduation.

Internship: Aspirants who start practicing law while being instructed by legal experts, such as lawyers, judges, or APOs. These will give the applicants an additional advantage as they learn new skills.

The Legal Service Examination is also conducted in two ways;

Lower Judiciary Services- You must have a degree in LLB and enroll as an advocate under the Advocates’ Act 1961 to be eligible to appear in the examination. There is no prerequisite for work experience, and students in their last year can appear for the exam. Applicants must be at least 21 years of age or more than 35 years of age.

Magistrate- A magistrate delivers judgments in minor cases. In criminal matters, such as gathering evidence within their jurisdiction, magistrates make the initial decisions. A magistrate is a member of the local judiciary. In many states, a newly appointed judge first serves as a magistrate.

District Judge- All civil courts in the district and under the local jurisdiction are under the authority of the district’s Supreme Judge. They are accountable and make sure that the administration is working efficiently. Both original and appellate jurisdiction belong to district judges.

High Court Judge- A High Court judge is the highest authority in a state. In cases involving the enforcement of basic rights, they have the authority to issue writs. They hold both appellate and original jurisdiction.

How to Become Supreme Court Judge?

Note: According to the President of India, if a person is an excellent jurist, they may also qualify to become a Supreme Court judge.

How to Become High Court Judge?

Salary of a Judge in India

Being a judge is a highly respected and honorable profession with many benefits. Some benefits include High Salary, Job Security, and Continual Learning. But, becoming a judge is not a one-day job it takes a lot of effort, perseverance, determination, and the appropriate guidance to make and mold into a fantastic legal profession.

Frequently Asked Question on How to Become a Judge

Q. Is judging a promising career?

Ans: Yes, a career as a judge has tremendous future success or achievement.

Q. How many years it takes to become a judge?

Ans: You must hold an LLB/LLM degree and be an advocate of a High Court for ten years, or you must serve at a Judicial office in India for ten years.

Q. How can I prepare for Judge after the 12th?

Ans: After completing your intermediate, you can get admission to a recognized university for an integrated BA LLB course for five years. Along with a degree, you can start preparation Judicial Services Examination.

Q. What is the salary of a judge in India?

Ans: A high court judge can make up to 1 lakh to 1.5 lahks per month, including their allowance.

Beyond Judge Under Career Listing Reads