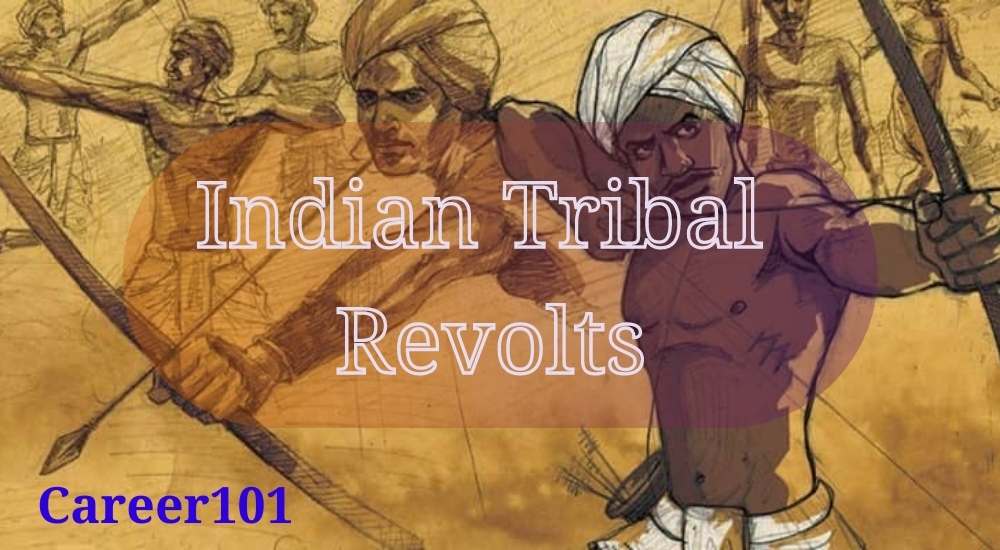 Basically, tribal movements in India are an account of Tribal’s fight against interventions into their livelihood, culture, religion and ethos, either by princely feudalism or British imperialism. Uprisings by Tribals mainly signify the protest against changes imposed on them in terms of rent, ways of livelihood, forest land.

Other movements also signify Tribals’ demand for autonomy and separate administrative units. Broadly, expansionist, oppressive and exploitative policies of princely states and British company were in the root of all these conflicts. Rebellions by Kol, Bhil, Ahoms, Santhal, Naga, Singpo, Gond communities of tribes are some prominent revolts.

Causes of Tribal movements In India

Forest was the essential component for the survival and existence of tribals. However, the entry of non-tribals in the forest for settled agriculture, completely disturbed the lives of tribal communities. Hunting, gathering, fishing and sustainable agriculture were the main occupation of the tribals.

Tribals also used forest products for making temporary settlement in the forests. But, with the establishment of Forest department in 1864, the Government Forest Act in 1865 and Indian Forest Act in 1878 laid government monopoly over the forest land. The tribal community were deprived of their rights relating to forest. The new order created stress in the tribal society that led to tribal movements in India.

Introducing money lenders by the British government in the tribal communities made the tribals exploited and a lot of them eventually had to become bonded labourers as they couldn’t pay their loans. Enactment of British land settlement and land law replaced the tradition of joint ownership by private ownership. And, this made tribal communities to pay rents forcibly and work as bonded labourers to the zamindars which was obviously not acceptable the Tribals.

Some of the movements focussed on their tribal identity and political solidarity too. Eco-cultural isolation, financial backwardness and a sense of desperation have been the major reasons for these uprisings. Interesting part about these movements is that, those tribals who are either very isolated or intensively integrated with Hindu society are not seen involved in these socio-cultural movements.

Numerous tribal movements have taken place in India, that started with one in Bihar in 1772, followed by many revolts in different regions of India like Arunachal Pradesh, Assam, Andaman and Nicobar Islands, Andhra Pradesh, Mizoram and Nagaland. The important tribes involved in the major tribal revolts of India were Mizos, Kols, Mundas, Daflas, Khasi and Garo, Kacharis, Santhals, Muria Gonds, Nagas, Bhuiyas and Kondhas. Movements remembered as a mark of significance in the history of tribal uprisngs are discussed below.

Kol rebellion of 1832 in the Chhotta Nagpur region was one the important tribal movements. The armed rebellion had been started by the tribals against the British, they burnt houses and killed British officers. It lasted for two years but at last it was ruthlessly suppressed by the British. Other than Kol rebellion, Munda uprising led by Birsa Munda, is the most important tribal revolt took place in Chhotanagpur region. Birsa Munda was an Indian freedom fighter and a religious tribal leader, belonged to Munda tribe.

The Santhal revolt (currently in Jharkhand region) from 1855 to 1856, was another important tribal movement by Santhal Tribes. This revolt was basically against Zamindari system. This tribal movement was a big-armed revolt with about 10000 rebels who attacked British officials and moneylenders. But the same went with this also, 20000 tribals were killed in the revolt and like Kol rebellion, it too was brutally suppressed by the British at last.

Tarapur and maria rebellion were started in Bastar which is a part of Chhattishgarh in present day. These revolt are the another great examples of the tribal rebellions, in which common people of Bastar stood against the foreign rulers. The revolt of Tarapur took place from 1842 to 1854 and of Maria rebellion from 1842 to 1863. During this period of  21 years continuous uprisings had taken place in Bastar against the foreign rulers. Sense of being harmed,  the local tradition and culture of native people of Bastar made them stood against the Anglo-Maratha reign in order to restore their native culture.

Establishment of a separate Adivasi state was the main objective Jharkhand movement. The movement  resulted in the formation of a new regional party “United Jharkhand Part” in 1948. And the party declared to establish a separate state comprising of mineral belts of Bihar, Orissa, West Bengal and Madhya Pradesh.

Bhils were the first to start the revolt against the princely feudalism and British imperialism. These Bhils were enjoying the complete forest right before the arrival of British rule but in 1818 state like Banswara, Dungarpur Mewar established treaties with British government and new law and order came into force. Bhils were used to be the regular force of the state and Jagirdars but with the establishment of new treaty in 1818, made bhils unemployed. Therefore, they revolted in 1818 against the new treaty.

Tribal communities have been of conservative mind set and were also very keen about retaining their social features. Objective of the tribal movements in India was to alter, reconstitute, reinterpret, restore and to protect their social structure.

Basically, the struggles of the tribals were inspired to fight against the ill-tendencies that attempted to change the structure of their society. These social movements of the tribals also aimed to improve cultural, political and socio & economic conditions of the tribal people.

Hinduism, Christianity, British rule and modern education have generated a high level of rationality among the tribals, which in turn led to the beginning of several tribal movements in India. Numerous tribal uprisings have taken place in India during the period of 18th to 20th Century.

Although every revolt is unique in its character and equally important as well but tribal movement like Tarapur and Maria rebellion (1842- 63), Jharkhand movement (1845), Santhal revolt (1855- 56), Kol rebellion (1832), Bhil Rebellion (1822-1857), etc. are remembered as a mark of significance among all the tribal uprisings.

Q. Which are the Main Tribal Movements in India?

Ans- Although every revolt is unique in its character and equally important as well but tribal movement like Tarapur and Maria rebellion (1842- 63), Jharkhand movement (1845), Santhal revolt (1855- 56), Kol rebellion (1832), Bhil Rebellion (1822-1857), etc. are remembered as a mark of significance among all the tribal uprisings.

Q. How many Tribal Movements are There in India?

Ans- However, these are not certain in number but K.S. Singh (1982) has given detailed accounts of 36 tribal movements in India. Among these 36 uprisings 14 were in the North-East region alone. Singh has classified the various movements on the basis of their causes of rising, as (i). Movements for political autonomy (ii). Agrarian and forest-based movements (iii). Sanskritisation process and Cultural movements.

Q. What are the Main Types of Tribal Movements?

Q. What are The Causes of Tribal Movements in India?

Ans- Forest was the essential component for the survival and existence of tribals and with the entry of non-tribals in the forest for settled agriculture, completely disturbed the lives of tribal communities. Hunting, gathering, fishing and sustainable agriculture ere the main occupation of the tribals. They also used forest product for making temporary settlement in the forests. But, with the establishment of Forest department in 1864, the Government Forest Act in 1865 and Indian Forest Act in 1878 was introduced which established complete government monopoly over the forest land. The tribal community were made deprived of their rights with regards to forest. It created stress in the tribal society that led to tribal movements in India.

Articles like tribal movements in India are of immense help for the ones aspiring govt jobs and preparing for their exams. Career101 team keeps posting stuff for exams of PSC and UPSC Civil Services, equally useful for other competitive exams like Bank PO, Staff Selection Commission, and various others. So, keep visiting the site Career101.in to get valuable study material and do share this article to let others benefit from it.