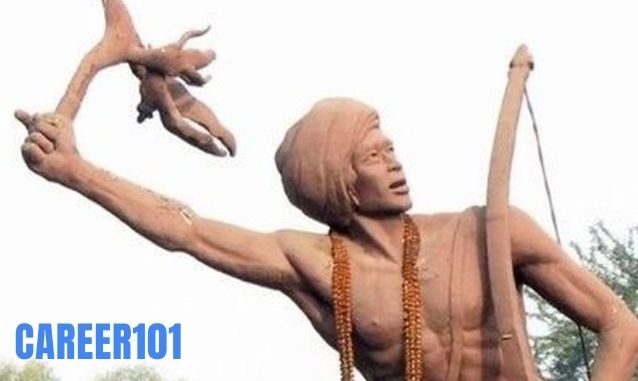 The iconic Birsa Munda was the biggest tribal leader, a social reformer, and one of the foremost freedom fighters. In tribal history of Bengal Presidency is alter ego was Birsa Bhagwan. Birsa belonged to Munda tribes currently staying across Jharkhand, Odisha and Chhattisgarh.

I am not only a body, I am an ancestral claimant. Ancestors and their claims never dies and so do I. And no one can evict me of this Jungle. These lines are taken and translated from the poem written by Hariram Meena.

The lines are dedicated to the bravery and struggles of Birsa Munda and other brave tribals. And, they aptly convey a story of the struggles for their rights and against policies of British Rule, Moneylender and landlords.

Birsa Munda was a great Indian freedom fighter, a religious tribal leader and a folk hero who belonged to the Munda tribe. Mundas are the Adivasi Community of the chhota Nagpur plateau region. They fall under the category of schedule tribes, mainly found in the Jharkhand, orissa and Chhatisdhgarh, whose main occupation is herding and agriculture.

In late 19th Century during British Rule, Birsa Munda led a tribal religious movement that arose in the Bengal presidency (currently in Jhrakhand), made him a renowned figure in the history of Indian freedom movement and most importantly, made him the only tribal leader who has been so honored.

He was born on 15th of November 1875, at the village of Ulihatu, earlier in the Lohardaga district of Bengal presidency and now in Khunti district of Jharkhand. He was born on Thursday which means veerwar (day of brave) in their prevalent language and hence named Birsa after that day, according to the then prevalent Munda custom.

Some sources also claim that he was born on 18th July 1872, and not in 1875. And the folk songs also reflect popular confusion and refer to Ulihatu or Chalkad as his birthplace. Ulihatu was the birthplace of Birsa’s father Sugna Munda. Ulihatu’s claim rests on Birsa’s elder brother Komta Munda, who lives in the village, where his house still exists in a dilapidated condition.

His father’s name was Sugna Munda and mother’s name was Karmi Hatu. His father had a several children and Birsa was among them. He had one elder brother, Komta Munda and two elder sister Champa and Daksir. He also had a younger brother names Pasna Munda. Due to poverty, Birsa spent much of his childhood moving from one village to another with his parents in search of employment.

In childhood, Birsa was sent to his maternal uncle’s village Ayahattu where he received his early education from a school at Salga under the guidance of his teacher Jaipal Nag. He was a very sharp student and on the recommendation of Jaipal Nag, he joined Christian missionary school.

In order to join the German Mission school, Birsa had to convert his religion to Christianity as Birsa David. Because at that time, student from a religion other than Christianity could not join the Christian missionary school.

During his schooling in the German Mission School he came across the truth that the British government was forcibly converting the sons of soil to Christianity and giving bibles in their hands in order to occupy their land. He, however, opted out of the school after a few years.

He also staged several movement against the British rule for the protection of his land and culture and soon became popular among the tribal communities who nicknamed Birsa “Dharti Abba”, Father of the Earth.

Movements and Revolts, Birsa Munda is Known For

Sardar Movement From 1886 to 1890, he spent much of the time in Chaibasa as he was residing there with his family. He was living at a place that came under the influence of sardar’s activities that is why activities of sardar had an enormous impact on Birsa’s mind. He was so much influenced with activities of Sardar that soon he became a part of the anti-missionary and anti-government program. In 1890, in order to support the Sardar’s movement, his family moved and gave up their membership in the German mission.

Agitation movement- The new law and order established by British government with regards forest and and land settlement increased the interference of  landlords and moneylenders in tribals life, which led to the exploitation of tribal communities. During the early 1890s, Birsa involved himself in the popular agitation movement against the enforcement of unjustifiable laws upon the traditional rights of the Munda Tribe in the protected forest of porhat region.

Simultaneously, Birsa also started to spread awareness among the common people about the policies of the British company to gain total control of India and led Munda Revolt in Chhotanagpur which was also called Ulgulan Vidroh. Ulgulan means a revolution, a movement or a struggle, to establish the right of indigenous people over their resources snatched away from them by landlords and moneylenders.

Resistance against agrarian breakdown and cultural change- He established himself as a successful leader and resisted the dual challenge of agrarian breakdown and cultural change. Numerous protests were staged against the British under the leadership of Birsa, which made the tribal movements flourish. The movement help the tribal to show the British government that they are the real heir of the soil.

Religious revolt- He saw that his illiterate, uneducated tribe were indulged in superstition, taking advantage of this, he declared himself to be a messenger of almighty God so that he could unite people against the British rule. He propagated the principles of Hindu religion and recommended the tribal people who converted to Christianity return to their original religious system and also advocated the concept of One God.

While living in Singhbhum he came across a girl who was of a neighbourhood village sankara. They got married but after some time he left her due to her faithlessness. However, he received proposal of marriage from two women later but, he refused to marry either of them.

On 3rd of march 1900, the British police arrested Birsa Munda while he was sleeping with his tribal guerilla army at Jamkopai forest in Chakradharpur. Birsa’s death was mysterious and shredded with controversy. On  9th of June,1900 at Ranchi jail he was declared dead of cholera by British government although he showed no symptoms of the disease.

Non transparent ways of dealing with life fuelled rumors (which could hold truth also) that he might have been poisoned. After the death of Birsa, the movements died out soon.

Although, he lived a short span of life, he is stature is way bigger. Bhagwan Birsa Munda rests in our hearts as a strong mark of protest against British rule in India. His bravery and struggles against the unjust British rule, will always remembered and celebrated.

Birsa Munda Athletics Stadium is a stadium established in Ranchi the capital of Indian state, Jharkhand. It is used mostly for association football matches and for athletics. The opening and closing ceremonies of the 2011 National Games of India was hosted in this stadium. It has seating capacity of 35,000 spectators. Renovation of Jawaharlal Nehru Stadium located in Delhi that hosted the opening and closing ceremonies of the 2010 Commonwealth Games, was the inspiration behind the establishment this stadium. It has some phenomenal features like imported, dust and fireproof roof.

Birsa Agricultural University is an agricultural university which was established on 26 June 1981 at Kanke, Ranchi the capital of the Indian state, Jharkhand. It was inaugurated by Prime Minister Indira Gandhi. it was established with the primary objective of developing area specific technologies and manpower in the fields of agriculture, animal husbandry and forestry for the development of the plateau region of Bihar and Jharkhand.

Birsa Munda Airport which is also known as Ranchi Airport, is the primary and only airport serving the city of Ranchi, the capital of the Indian state, Jharkhand. The airport is named after Indian freedom fighter, the tribal leader, the folk hero Birsa Munda and is currently managed by Airports Authority of India. It is located in Hinoo and sprawls over an area of 1568 acres. It is one of the 30th  busiest airport of India.

Career101 team keeps posting valuable articles for exams of PSC and UPSC Civil Services which could be equally useful for other competitive exams like Bank PO, Staff Selection Commission, State Public Services Commission, and various others. So, please keep visiting Career101.in to get valuable study stuff. Also, do share this article to let others benefit from it.

Q. When did Birsa Munda die and how?

Birsa’s death was mysterious, on 9th of June,1900 at Ranchi jail he was declared dead of cholera by British government. although he showed no symptoms of the disease, fuelling rumors that he might have been poisoned.

Q. Was Birsa Munda a God?

Ans- Yes, he was a god figure of personality because he renounced Christianity for the protection of his soil. He propagated the principles of Hindu religion and recommended the tribal people who converted to Christianity return to their original religious system and also advocated the concept of One God.

Q. Why Birsa Munda is famous?

Ans- He was young freedom fighter and religious tribal leader whose bravery and struggle for the freedom of nation and prevention of religious conversion is remembered as strong mark of protest against the British Rule.

Q. How many brothers and sisters Birsa Munda had?

Ans- Birsa had 2 brothers and 2 sisters named Komta Munda, Pasna Munda, Champa and Daksir. Three of them was elder than Birsa except Pasna Munda.

Q. When Birsa Munda was Born?

Ans- He was born on 15th of November 1875, at the village of Ulihatu, earlier in the Lohardaga district of Bengal province and now in Khunti district of Jharkhand. But Some sources also claim that he was born on 18th July 1872, and not in 1875.

Q. What was Birsa Munda’s mother and father name?

More on General Studies Beyond Birsa Munda & His Feats