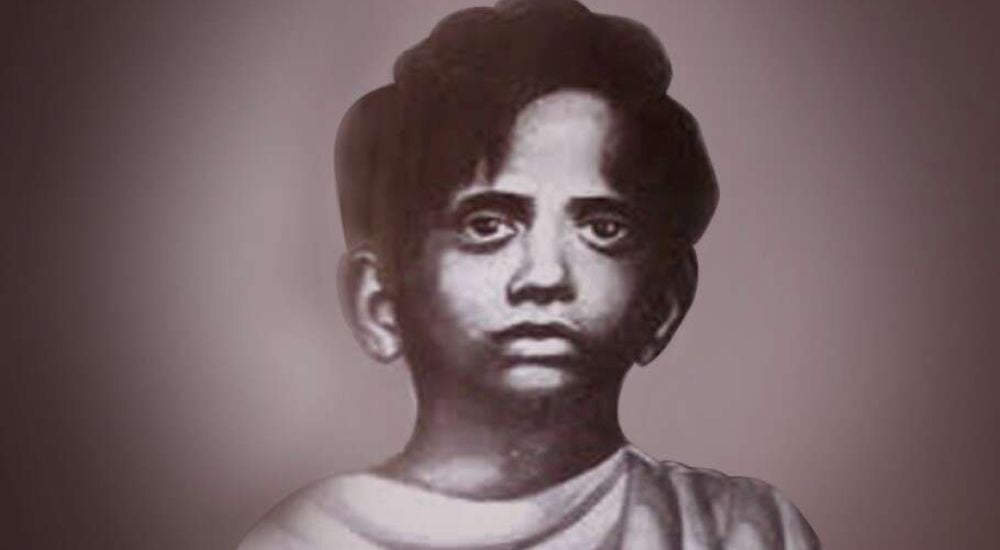 Baji Rout was the youngest revolutionary and freedom fighter in India. When he was just 12 years old, he died a martyr while opposing the British troops to cross the river in his village in 1938. He is the youngest to gain martyrdom in the history of the freedom struggle in India.

Baji Rout will continue to serve as a source of inspiration for patriotism for years to come because he was brave enough to brave the British force’s bullets at the early age of 12.

Rout was born on October 5, 1926, as the youngest son of a boatman on the Brahmani river. He was born in the village Nilakanthapur in the then state of Dhenkanal. He lost his father, Hari Rout in his childhood. His mother, Rania Devi was the only bread earner.

She used to earn by husking and grinding paddy at a quern in the neighbourhood. Rout never attended any school because her mother’s wage was not enough to afford an education for him.

His two elder brothers also supported the family by earning money. The residents of Dhenkanal had sworn to overthrow British rule during the Praja Mandal Movement in the Odisha state of Gadjat.

The Prajamandal Movement in most of the princely kingdoms of Odisha intensified in the late 1930s, with Congress providing strong support and sympathies.

After Congress took power in Odisha in 1937, it gave the movement its full support and encouragement.

Dhenkanal was one of the states that attracted the most attention from Congress members due to the cruel way in which the agitators were suppressed by monarch Shankar Pratap Singhdeo.

But rather than becoming slowed down, the populace flocked to the streets in increasing numbers to oppose the king’s numerous taxes.

On September 12, 1938, more than 50,000 people gathered in DhenkalGarh and encircled the royal palace. However, the Praja Mandal leaders advised the public to advance the movement peacefully but after the crowd went uncontrolled they persuaded the public to go back to their homes.

The king, on the other side, gathered 200 military soldiers from the friendly bordering states. A contingent of 200 European soldiers also landed in Dhenkanal on September 20 to put an end to the agitation.

The Feeling of Patriotism Sparked Inside Baji Rout

The Banara Sena was established by the Prajamandal committee of Dhenkanal to carry out and implement the committee’s numerous instructions and decisions. This group included the two brothers of Baji and the entire village.

Since his childhood, Baji witnessed so many injustices to the people of his village by the government officials and police. He also experienced the king’s exploitation of the local economy.

It is said that his mother once forbade him from having salt in his lunch due to the excessive taxation placed on it. As a result, Baji subconsciously grew to dislike and became angry with the monarch.

Armed police raided more than sixty towns, brutally beating and killing residents, razing their homes to the rubble, taking their assets, raping the women, and compelling everyone to swear allegiance to the king under threat of death.

The village of Bhuban served as the epicenter of the Prajamandal movement. On October 10, a squad under the command of magistrate Binay Ghosh detained a few demonstrators and killed two people by shooting them.

Then, at midnight on October 11, while travelling to Dhenkanal with the arrested villagers, they attempted to cross the Brahmani River in Nilakanthapur Village.

However, the Banarsena group of the village, having been informed beforehand by the Prajamandal leaders, rushed to the overflowing river to stop their ferry service by seizing the village boat.

As a result, a fight broke out between the police and the villagers around dawn on October 12, 1938, as the police attempted to take the boat away from them.

Twelve or so locals, including Baji and his brother, held the boat back so that the police couldn’t cross the river in it.

The police then started shooting at them, killing six people—including Baji—and wounded a few more. Instead of giving the six dead bodies to the police for a post-mortem, the Prajamandal leaders kept them and brought them in a procession to Cuttack, where they were kept for public viewing.

These six bodies were carried in a large parade to the Crematory, which created a wave of rage among people. Baji’s murder sparked outrage throughout Odisha, and he was immortalized.

The poem “Baji Rout” was written by Jnanpith Award-winning poet Sachidananda Routray. The poem talks about bravery of Rout. How a 12- year old kid sacrificed his life for his motherland. The starting line are as follows:

English Translation: “It is not a pyre, O Friends! When the country is in dark despair, it is the light of our liberty. It is our freedom fire.”

In order to promote patriotism and the sacrifice made by 12-year-old martyr Baji Rout, a group of Ravenshaw University students produced a Hindi-language short film.

The film was produced by Candid Cinema and tells the tale of Amar Saheed Baji Rout, who was shot dead by the British on October 11, 1938, after refusing to take them across the river.

Q. How did Baji Rout Died?

Ans: He was killed by the Britishers while trying to oppose the British troops to cross the river in his village by denying them the ferryboat on October 12, 1938.

Q. Where was Baji Rout from?

Ans:  He was from Nilakanthapur village in Dhenkanal District.

Q. Who is the Mother of Baji Rout?

Q. What is the name of Baji Rout’s village?

Q. Who was the Father of Baji Rout?

Beyond Baji’s Bio Under Inspiration Reads