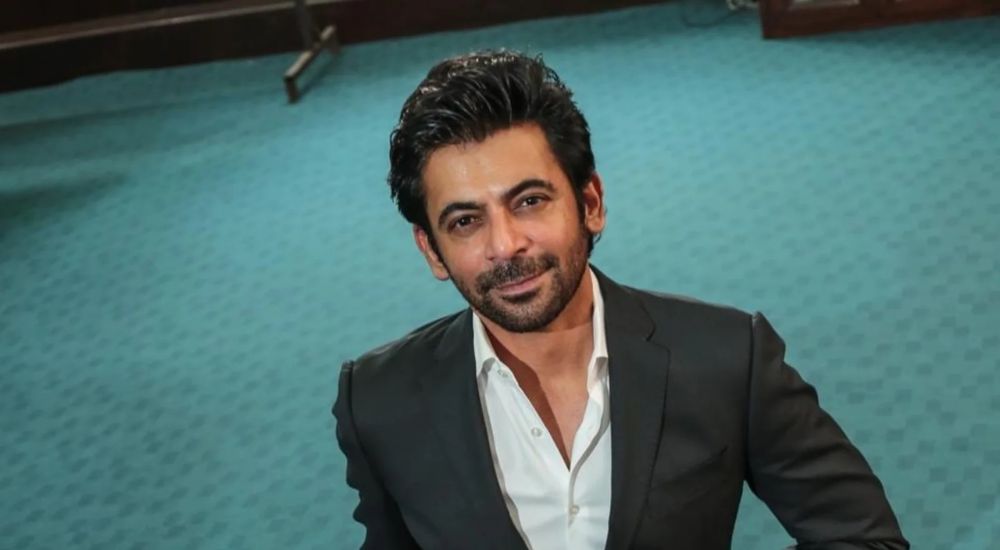 Sunil Grover is an Indian Stand-up comedian and Actor. He is one of the most underrated and talented actors in India. He came into the limelight after struggling for so many years. Instead of having great acting skills, finding work was difficult for him.

After his appearance as Gutthi on the television show Comedy Nights with Kapil, he gained somewhat popularity. But gained immense popularity, after performing the role of Dr. Mashoor Gulati and Rinku Devi on The Kapil Sharma Show.

Now, read this post attentively through to the conclusion if you want to learn more about the highlights of Sunil’s personal and professional life.

Sunil Grover was born on August 3, 1977, in a Punjabi family in Mandi Dabwali town of Sirsa district, Haryana. His father’s name is J.N Grover. He has a sibling named Anil Grover, who is younger than him. Sunil completed his elementary education at Arya Vidya Mandir, Mandi Dabwali.

Sunil earned his Bachelor’s degree in commerce from the Guru Nanak College in Haryana. He also received a Master’s degree in theatre at Punjab University, Chandigarh. He married Aarti Grover and was blessed with a male child named Rohan.

Sunil suffered a heart attack in February 2022 and had to undergo four bypass surgeries. Sunil is a very good rider and an excellent swimmer. He is very conscious about his fitness and hits the GYM daily. He is a pure Vegetarian.

His Net Worth in 2021 was 3 million USD. Currently, he has over 4.2 million followers on Instagram.

How Did Sunil Grover Become an Actor?

On the movie channel Filmy, Sunil’s television career began as a movie jockey in the show Challa Lallan Hero Banane. For a while, he served as the channel’s brand ambassador.

In 1995, he made his TV debut with the comedy show “Full Tension”, which was aired on the channel, DD National. In 1998, he made his debut in Bollywood with the film “Pyar Toh Hona Hi Tha”. He appeared as a Barber in the film. He didn’t get any popularity in the film because of the small role.

In India’s first silent show, SUB TV’s Gutur Gu, he acted in the initial 26 episodes. However, he gained immense popularity after becoming part of the stand-up comedy show, Comedy Nights with Kapil. In the show, he appeared as comical characters like Gutthi, Rinku Bhabi, and Dr. Mashoor Gulati.

All the characters he played in the Kapil Sharma Show, got immense love from the audience. Apart from being an outstanding actor, he is also a good mimicry artist and Voice artist.

He mimicked many famous actors including Amitabh Bachchan in the Show. Viewers also liked his mimicry too much. Everything was going well, and he was doing great in the show. However, Sunil left the show after getting into a fight with his co-star Kapil Sharma.

After leaving Kapil Sharma Show, Grover soon made a comeback to television with Star Plus’s Kanpur Wale Khuranas with Aparshakti Khurana as the host. Although, the plot of the show was comparable to that of “The Kapil Sharma Show”. However, it didn’t last long and soon went off air.

In 2016, Grover made his debut in the Punjabi film industry with the movie “Vaisakhi List”. The same year, he portrayed Shraddha Kapoor’s father in “Baaghi”.

In August 2020, he returned to the television industry by appearing in the Star Bharat show Gangs of Filmistan as Bhindi Bhai. The show came to an end in just one month in October 2020.

In the political drama web series Tandav, which was directed by Ali Abbas Zafar and starred Saif Ali Khan, Tigmanshu Dhulia, Kumud Mishra, Mohammed Zeeshan Ayyub, Gauahar Khan, Amyra Dastur, Kritika Kamra, Sarah Jane Dias, and Sandhya Mridul, among others, Grover played Gurpal Chauhan in 2021. He lost over 8.1 kg for his role as Sonu Singh in the thriller web series Sunflower, which was also released in 2021.

According to Some Media Houses, Sunil left the Kapil Sharma Show because he had asked for his salary increment, but refused to do it. That’s why he decided to resign from the show.

Sunil Grover alleged Kapil Sharma of behaving badly with him on a trip from Melbourne to Mumbai in March 2017. A few days later, Kapil agreed that he and Sunil had argued, and he questioned the motives of the witnesses who had accused Kapil of hitting Sunil.

Sunil replied that Kapil was a fantastic comedian but that he should accept criticism of him (Kapil) positively. In a tweet, Sunil Said:

“Bhai Ji, yes you hurt me deeply. Working with has been a learning experience. Just one piece of advice start respecting human beings also apart from animals. All are not successful as you are. All are not talented as you are. But if they are all talented like you, who will value you? So, have some gratitude towards their existence. And, also if someone is correcting you, don’t abuse that person. Refrain from the foul language in front of women, who have nothing to do with the stardom you carry, they are by chance just traveling with you. Thank you for making me realize that it was your show and you have the power to throw anybody, anytime. You are the wittiest and best in your field. But don’t act like “God”. Take good care of yourself. Wish you a lot more success and fame.”

Following the downfall of “The Kapil Sharma Show,” Kapil launched a new show on the Sony Entertainment channel called “Family Time With Kapil,” which featured all of the original cast members with the exception of Sunil Grover.

Sunil Grover stated on Twitter that he had not got any calls regarding the upcoming Kapil show. Kapil responded by saying that he had approached Sunil multiple times.

Q. Where is Sunil Grover From?

Ans: He is from Mandi Dabwali town of Sirsa district, Haryana.

Q. Who is Sunil Grover’s Wife?

Q. How Much Sunil Grover Earns?

Q. What is the Name of the Doctor in Kapil Sharma’s Show?

Q. What Does Aarti Grover Do?

Ans: She is an interior designer by profession

Ans: He is a very nice guy and his comic timings and dialogue delivery are also great.

Beyond Sunil Grover Under Awareness Reads