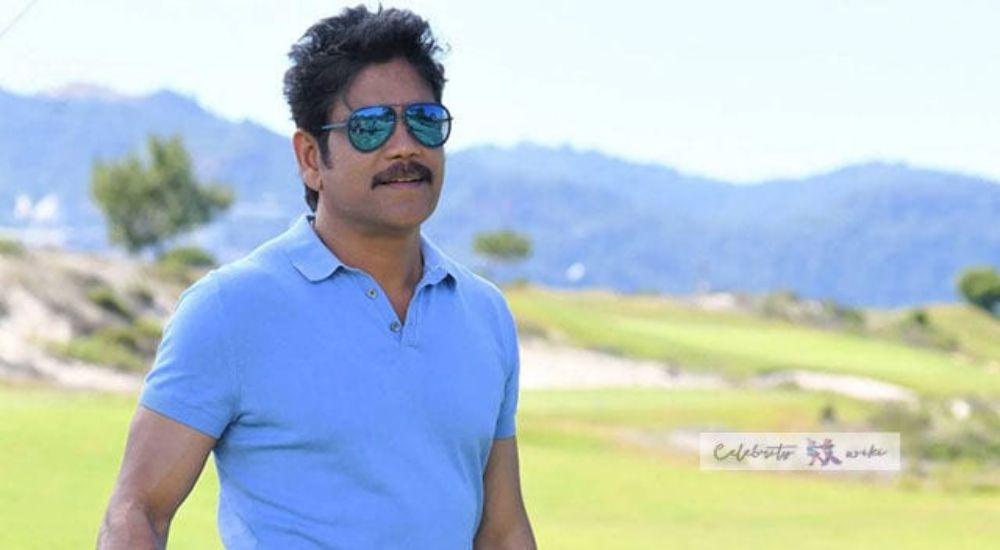 Akkineni Nagarjuna is an Indian actor, film producer, television presenter, and entrepreneur. He has worked on 90 films over the course of 20 years, including Hindi, Tamil, and Telugu productions. He has won nine state Nandi Awards, three Filmfare Awards South, and two National Film Awards.

Akkineni Nagarjuna Rao, popularly known as Nagarjuna was born on August 29, 1959, in a Telugu family in Madras, India. Akkineni Nageswara Rao, a veteran actor is his father and his mother’s name is Annapurna.

His ancestors are from Ramapuram in Andhra Pradesh’s Krishna District. His father relocated to Madras in order to pursue an acting career. Later, his family moved to Hyderabad, where he completed his elementary education at Hyderabad Public School. For further studies, he attended Little Flower Junior College, Hyderabad.

From the College of Guindy, Anna University in Madras, he completed one year of Mechanical Engineering. In college, Nagarjuna met Krishnamachari Srikanth, a former Indian cricketer, who became a good friend of his.

He completed his BS in Mechanical Engineering from Eastern Michigan University in Ypsilanti, Michigan. In February 1984, he married the daughter of D. Ramanaidu, a prominent film producer. His wife, Lakshmi Daggubati is also the sister of the producer Suresh Babu and actor Venkatesh.

The couple has a son named Naga Chaitanya, who is also an actor. However, they got divorced in 1990. On June 11, 1992, Nagarjuna married actress Amala and they were blessed with a son named Akhil, who later also became an actor.

Nagarjuna’s wife Amala is the co-founder of an NGO called Blue Cross of Hyderabad. He shares ownership of Mahi Racing Team India with cricketer Mahendra Singh Dhoni as well as Mumbai Masters in the Indian Badminton League with Sunil Gavaskar. Also, he is the co-owner of Channel ‘Maa’. He has a good relationship as a friend with Anil Ambani, a business tycoon.

Since his father was an actor, it was easy for him to get work in films. Of course, it was an advantage for him but at the of the day, it doesn’t matter. He still had to work hard on his acting skills. He didn’t work hard only but also gave amazing performances in many movies.

In 1967, Nagarjuna began his acting career at a very early age with the Telugu film Sudigundalu directed by Adurthi Subba Rao. He worked as a child in the movie Velugu Needalu, which was written by Sri Sri. In both of the films, he performed the role of the lead character in the movie.

Many years later, when he became young, he made his debut as a lead actor for the very first time in the 1986 Telugu film Vikram. The film was financially successful, which gave him a good start to his acting career.

Before he starred in the blockbuster movie Aakhari Poratam in 1988, he did some average films including Majnu, Sankeertana, etc. In the same year, he worked in the movie Janaki Ramudu alongside Vijayashanti, which was also a hit.

After working in the movie Siva, he became a superstar in the Telugu industry. In 1990, he made his Bollywood debut with the Hindi remake of the same film titled Shiva. It was also financially successful, even after remaking it in Hindi.

In romantic comedies like Santosham, Manmadhudu, and Sivamani, he played the lead role. He played a dual role in the movie Soggade Chinni Nayana, one of his biggest box office successes.

In 2018, he worked in the film Officer, which received negative reviews from reviewers and eventually turned into Nagarjuna’s biggest career failure. On September 27, 2018, he appeared in the film Devadas alongside actor Nani, which got moderate success.

Q. When Akkineni Nagarjuna Was Born?

Q. What is the Income Akkineni Nagarjuna?

Ans: His monthly income is 4 Crore +.

Q. What did Akkineni Nagarjuna Study?

Q. Is Nagarjuna a Hindu?

Ans: Yes, he was born in a Hindu family.

Beyond Akkineni Nagarjuna Under Awareness Reads