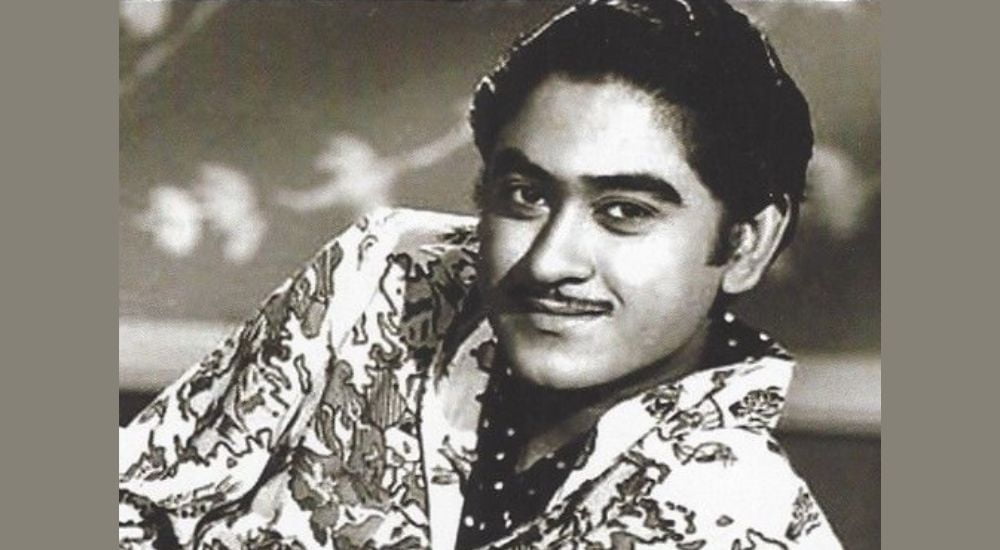 He is recognized as one of the best vocalists from the Indian subcontinent ever as well as one of the greatest and most dynamic singers in the history of Indian music. His style of singing and ability to sing songs in different voices is one of the main reasons to achieve great success in the music industry.

He sang in different languages including Hindi, Bhojpuri, Tamil, Marathi, Gujarati, Assamese, Kannada, Urdu, etc. Additionally, he produced a number of non-film albums, many of which are considered classics of all time.

The “Kishore Kumar Award” for services to Hindi cinema was established by the Madhya Pradesh government in 1997. At the Osian’s Cinefan Auction in New Delhi in 2012, Kumar’s unpublished last song brought in Rs 1,560,000.

He currently holds the record for the most Filmfare Awards in that category after winning 8 of them for Best Male Playback Singer. The Madhya Pradesh government gave him the Lata Mangeshkar Award in 1985–1986.

Kishore Kumar, also known as Abhas Kumar Ganguly was born in a Bengali Family in Khandwa, Central Provinces (now in Madhya Pradesh). His father, Kunjalal Ganguly (Gangopadhyay), was a lawyer and his mother was a housewife who came from a prosperous Bengali family.

Ashok, Sati Devi, and Anoop were siblings of Kumar. He was the youngest of four children. Kishore’s brother Ashok started acting in Hindi movies when he was still a little child. Later, with Ashok’s assistance, Anoop also went to the movies. He completed his graduation from the Christian College, Indore.

Abhas Kumar adopted the name “Kishore Kumar” after travelling to Bombay (now Mumbai), where his brother Ashok Kumar worked. He started his cinema career as a chorus singer at “Bombay Talkies.” He was given the opportunity to perform “Marne Ki Duayen Kyon Mangu” for the movie “Ziddi (1948)” by music director Khemchand Prakash.

Kishore started getting more work after his first song in Ziddi. At that time, he wasn’t really committed to a career in movies. In 1949, he settled in Mumbai and bought a new green coloured Morris Minor car. It is said that in 1961, following his divorce from his first wife, Ruma Guha Thakurta, he buried the car.

His brother wanted him to become an actor but he was more interested in Music.  He had an appearance as a “Hero” in Phani Majumdar’s 1951 film Andolan. S. D. Burman, the film’s music director, is credited with recognizing Kishore Kumar’s singing talent.

In 1950, Burman once visited Kumar’s home while “Mashaal” was being produced. He praised Kishore Kumar for imitating K.L Saigal and advised him to create his own singing style rather than copying Saigal. Salil Chowdhury, the music director for the 1954 movie Naukri, was originally unimpressed with Kishore Kumar as a singer when he discovered that Kishore Kumar had any formal musical training.

Salil gave him the song “Chhota Sa Ghar Hoga,” which was scheduled to be performed by Hemant Kumar, after Kishore’s voice.

Kishore Kumar had a successful acting career and had roles in popular movies like “Chalti Ka Naam Gaadi” (1958), “Half Ticket” (1962), “Padosan” (1968), etc. His own production, Chalti Ka Naam Gaadi (1958), starred Madhubala, the three Ganguly brothers, and other family members.

Kishore Kumar was the producer and director of the 1961 movie Jhumroo. He also played a part in it and wrote the music. He also authored the lyrics for “Main Hoon Jhumroo,” the movie’s theme song.

It is said that he is one of the main reasons behind the stardom of Rajesh Khanna because many of his movies featured chart-topping Kishore Kumar songs. Kishore Kumar is regarded as the most adaptable vocalist in Bollywood because of his reputation for altering his voice’s pitch to suit the actor appearing on screen.

He made his final acting performance in the movie Door Wadiyon Mein Kahin (1980). He had four marriages. Madhubala, his second wife, had a hole in her heart and was getting ready to travel to London for treatment when he proposed to her.

Kishore Kumar reportedly changed his identity to Karim Abdul and converted to Islam in order to wed Madhubala. The marriage was rejected by Kishore Kumar’s parents, and Madhubala was never genuinely regarded as Kishore’s wife.

By September 1987, Kumar had made the decision to quit because he was dissatisfied with the types of songs and tunes being created by music directors. He also intended to go back to Khandwa, the city where he was born.

At 4:45 p.m. on October 13, 1987—his brother Ashok’s 76th birthday—he passed away in Bombay from a heart attack. For cremation, his remains were sent to Khandwa. The day before he passed away, Kumar had finished recording “Guru Guru,” a duet with Asha Bhosle for the 1988 film Waqt Ki Aawaz, which was written by Bappi Lahiri for Mithun Chakraborty and Sridevi.

Q. How did Kishore Kumar Die?

Ans: Due to Heart Attack.

Ans: He never took any formal training in Music.

Q. Where is Kishore Kumar from?

Beyond Kishore Kumar Under Awareness Reads