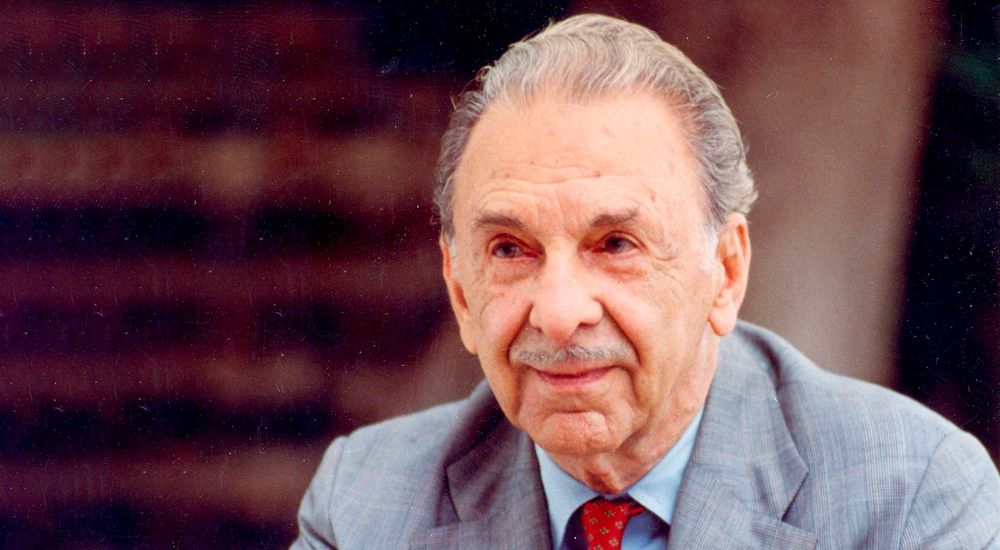 Jehangir Ratanji Dadabhoy Tata was an Overseas Citizen of India (OCIs). He was an entrepreneur, Aviator, Industrialist, and chairman of Tata Group. Also, he is well-known as a founder of many industries under the Tata Group, including Tata Motors, Titan Industries, Tata Consultancy Services, Tata Salt, Air India, and Voltas.

For his contributions to the Indian industry, he was honoured with several awards. He was awarded the French Legion of Honour in 1983. Also, he received India’s two highest civilian awards, the Padma Vibhushan and the Bharat Ratna in 1955 and 1992 respectively.

J. R. D. Tata was born as Jehangir on July 29, 1904, to a non-resident Indian Parsi family in Paris, France. he was the son of noted businessman Ratanji Dadabhoy Tata and his wife Suzanne Brière. His mother was the first Indian lady to drive a car, and he was the country’s first-ever licensed pilot in 1929.

He had four siblings, elder sister Sylla, a younger sister Rodabeh, and two younger brothers Darab and Jamshed. He was raised in France since his mother was French. His passion for aviation increased after his family and he moved into a new home.

Their next-door neighbor was an aviator named Louis Bleriot, and this property was situated on the Hardelot beach in France. As a result of observing him, his interest in aviation grew, and it motivated him to pursue becoming a pilot. He took his first flight at the age of 15.

He and his family moved to London after his father joined the Tata company. His mother passed away at the age of 43. During this time, his father, Ratanji Dadabhoy Tata made the decision to move his family to India. In October 1923, J.R.D was sent to England for his further studies.

He attended a grammar school and wanted to attend Cambridge University to study engineering. Jehangir became an Indian citizen in 1929 after giving up his French citizenship. He wed Thelma Vicaji in 1930.

Jehangir was an atheist despite having a Parsi father and a French mother who converted to Zoroastrianism. Some Parsi religious practices bothered him, such as their exclusiveness and their death procedures. He followed the three core principles of Zoroastrianism—good thoughts, good words, and good deeds—but he did not publicly affirm his belief in or rejection of God.

Jehangir Ratanji became one of the first Indians to receive a commercial license in 1929. On October 15, 1932, J. R. D. piloted the first flight in the history of Indian aviation, taking off from Drigh in Karachi for Madras. J. R. D. nourished and nurtured his airline baby through to 1953 when the government of Jawaharlal Nehru nationalized Air India. J. R. D. has resisted it vehemently his entire life.

In 1925, he became an unpaid apprentice at Tata Sons. At the age of 34, Tata was elected chairman of Tata Sons, putting him in charge of India’s largest industrial group. He managed the sizable Tata Group of companies for many years, which included significant holdings in the industries of steel, engineering, power, chemicals, and hospitality.

He was known for building successful businesses without using the black method or paying off Politicians. The Tata Group’s assets increased from $100 million to nearly $5 billion during his chairmanship. Under his leadership, Tata Sons grew from 14 enterprises to a conglomerate of 95 enterprises.

In 1941, under the guidance of J.R.D, Sir Dorabji Tata Trust built the Tata Memorial Centre for Cancer, Research, and Treatment in Bombay, which was Asia’s first cancer clinic. He established Tata Motors in 1945. The best thing about Tata was, that he always cared greatly for his workers.

He established Titan Industries in 1987. Jamshedpur was also chosen as a UN Global Compact City due to the standard of living, sanitary conditions, transportation, and welfare provided by Tata Steel.

Tata received a number of awards in his whole life. In the Aga Khan Aviation Race of 1931, he secured 2nd rank. In 1951, he was awarded Padma Vibhusan. The Sir Jehangir Ghandy Medal for Industrial Peace was awarded to him in 1975. For his contributions to aviation, he was honoured internationally with the Tony Jannus Award (1979), the Gold Air Medal (1985), and the Edward Warner Award (1986).

Tata passed away from a renal infection on November 29, 1993, in Geneva, Switzerland, at the age of 89. A few days before he passed away, he said, “Comme c’est doux de mourir” (“How gentle it is to die”). After his demise, the Indian Parliament was suspended in his honour, an honour rarely bestowed upon non-parliamentarians. He was laid to rest at Paris’ Père Lachaise Cemetery.

In a survey sponsored by Outlook magazine, “conducted in association with CNN-IBN and History18 Channels with BBC,” Tata was ranked as the sixth “The Greatest Indian” in 2012.

Q. Who is the father of JRD Tata?

Q. What is the full name of JRD Tata?

Q. Why Ratan Tata is not rich?

Ans: Because of his charitable work.