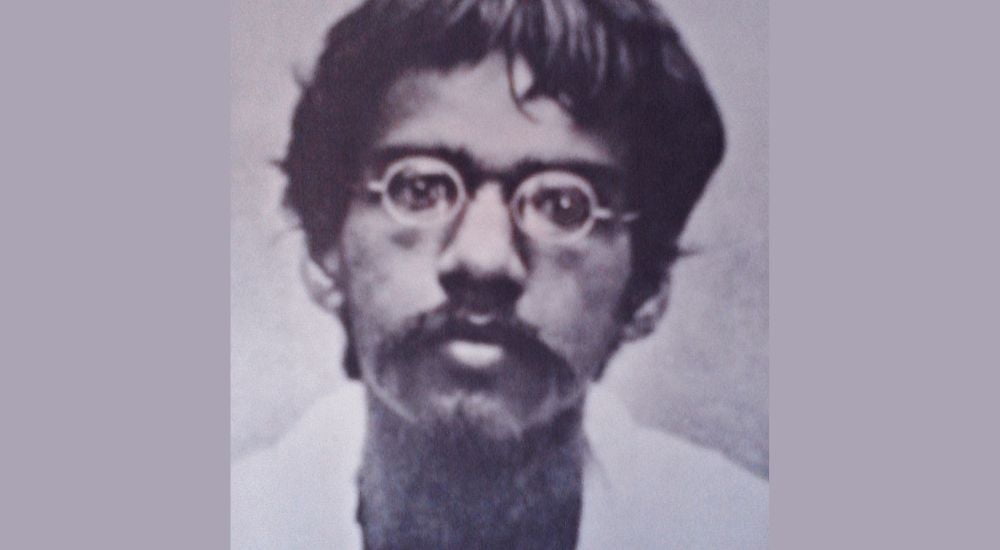 Barindra Kumar Ghosh, also known as Barin Ghosh was an Indian revolutionary and freedom fighter of India. He was one of the members of the founding Jugantar Bengali Weekly, which was later turned into a revolutionary group. Also, he was a journalist.

Although Barindra Ghosh’s ancestral birthplace was Konnagar in the Hooghly District of modern-day West Bengal, he was born on January 5, 1880, in Croydon, near London. He was the maternal grandson of Rajnarayan Basu, an Indian social reformer.  His father, Dr. Krishnadhan Ghosh, was a doctor and district surgeon.

The third elder brother of Barindranath, Aurobindo Ghosh was a revolutionary who eventually became a spiritualist. His second elder brother, Manmohan Ghose was an English literature expert, a poet, and a professor of English at Dhaka University and Presidency College in Calcutta. He also had an elder sister named Sarojini Ghosh.

At the end of 1878, his father, Dr. Krishnadhan Ghosh, made the decision to migrate to England with his family in order to provide his children with a European upbringing and to provide mental health care for his pregnant wife. Dr. Ghosh travelled soon, arriving in England in January 1879 with his pregnant wife, three sons, and a daughter. According to a book:

“He had brought his sons to England because he wanted them to “receive an entirely European upbringing.” He left his sons with an English clergyman and his wife, Mr. and Mrs. Drewett in Manchester and then his wife — in the care of a London physician, Dr. Mathew.”

His father passed away in 1893. Soon after his father’s death, his maternal uncle brought him and his sister to Deoghar. He completed his elementary education at a local school in Deoghar, a city in Jharkhand. For further studies, he enrolled in Patna College in 1901 after passing the entrance test.

The patriotic lectures given by Barindra Kumar’s Bengali teacher Sakharam Ganesh Deuskar at school had a great impact on him. When Manmohan Ghosh returned from England, Barindra Kumar Ghosh learned about his older brother Sri Aurobindo.

In Baroda, he had military training. Barindra was influenced by Aurobindo at this time (late 19th century to early 20th century) and attracted to the revolutionary movement.

In 1902, Barin returned to Kolkata and began forming many revolutionary organizations in Bengal with the aid of Jatindranath Banerjee. He began publishing Jugantar, a Bengali weekly, in 1906. Soon after that, Jugantar, a revolutionary group, was founded.

Anushilan Samiti’s inner circle founded Jugantar, which began organizing armed militant campaigns to kick out British rule from India. Many young revolutionaries from all around Bengal were recruited by Barin and Jatindranath Mukherjee, aka Bagha Jatin.

In Maniktala, Kolkata, the revolutionaries established the Maniktala group. They secretly began making explosives there, and also gathered weapons and ammo there.

After two revolutionaries Khudiram and Prafulla attempted to kill Kingsford on April 30, 1908, the police stepped up their investigation, which resulted in the arrest of Barin and Aurobindo Ghosh on May 2, 1908, along with several of his colleagues.

Barin Ghosh and Ullaskar Datta were first given the death penalty in the trial (also known as the Alipore Bomb Case). Barin and the other prisoners were sent to the Cellular Jail in Andaman in 1909 after Deshbandhu Chittaranjan Das reduced the punishment to life in jail.

Later Life and Death of Barin

Barindra Kumar Ghosh was granted amnesty by the government in 1920, and he afterward went back to Kolkata. His journalism career began in Kolkata. He penned his autobiography, “The Tale of My Exile: Twelve Years in the Andamans,” during this time. He then gave up journalism and started an ashram near Kolkata.

Barindra Kumar Ghosh settled in Pondicherry in 1923, where he developed a spiritual outlook and practiced Sadhana at Sri Aurobindo’s ashram. Aurobindo had a great impact on barin’s spirituality and Sadhana. Barindra Kumar returned to Kolkata in 1929 and began his journalism career once again.

In addition to being a renowned author, Barindra Kumar Ghosh was a revolutionary freedom fighter. Dvipantarer Banshi, Pather Ingit, Amar Atmakatha, Agnijug, Rishi Rajnarayan, The Tale of My Exile, and Sri Aurobindo are among the books he penned.

Q. When did Barindra Kumar Die?

Q. Who is the Brother of Barin?

Ans: He had three brothers, Benoy Bhushan, Manmohan, and Aurobindo.