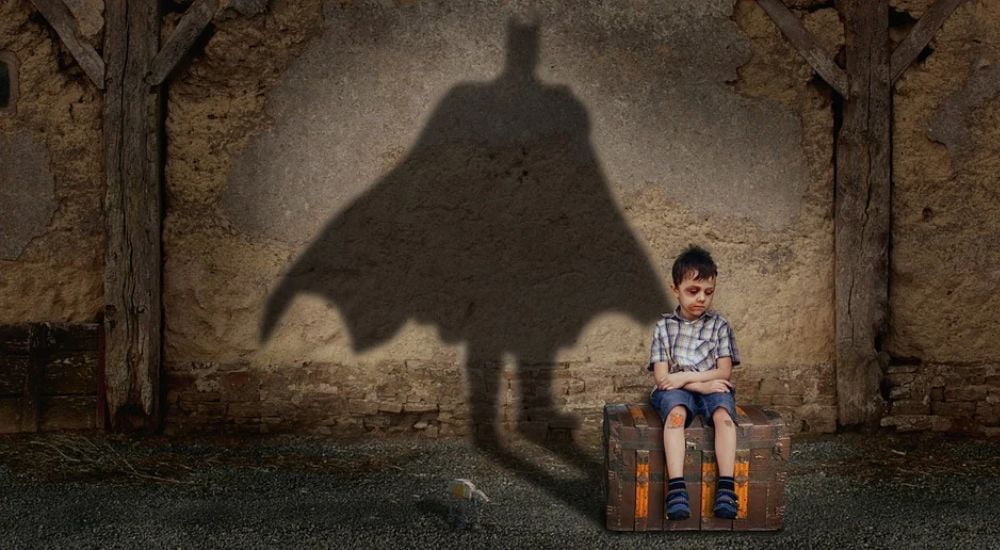 Batman Day is celebrated on the third Saturday in the month of September every year. It’s a global celebration. Think about the most classic superhero of all time, I’m sure Batman is the name that may come first to your mind.

Of course, everyone is aware of his iconic appearance, his timeless partner Robin, and his most loved Batmobile. On this joyous day that honours a pop culture hero, residents of Gotham (a fictional city appearing in American comic books published by DC Comics, known as batman’s home) and people all over the world pay tribute to Batman’s legacy.

The Day commemorates the anniversary of the superhero’s debut appearance, which took place in Detective Comics #27 in May 1939. Since his first appearances in comic books, Batman has developed into one of the most well-known and recognizable fictional characters in history.

He is the star of several television programmes, animated cartoons, video games, and Hollywood blockbusters. Since his first appearance 80 years ago, he has grown incredibly popular among fans all over the world as a symbol of justice. Let’s celebrate this day by developing our inner superhero abilities.

History Behind the Celebration Batman Day

Officially, the inaugural Batman Day was held on July 23, 2014, to make sure it fell on the same day as Comic-Con International in San Diego. The 75th anniversary of Batman was commemorated at Comic-Con with sales of Batman merchandise, and participating retailers offered the hero’s stock from four different periods of his career. Classic original to modern design.

It was found that the humanistic element was what gave this character’s popularity a boost above others like Wonder Woman and Superman. Despite being regarded as a superhero, Batman is acknowledged to lack superpowers.

Over time, his relatability, boldness, and pure athleticism won the brand all of its die-hard supporters. The Bat signal is one of the most recognizable images among other superhero icons, giving Batman the ability to communicate across cultural and linguistic boundaries.

Warner Bros. and DC Entertainment have been commemorating this iconic superhero with Batman Day events for the past five or six years; this year’s event is set to be the biggest and finest yet.

We all know that Batman is a fictional Superhero, who has no powers like Superman, Spiderman, Hulk, etc. but still fights with the evils to protect the world. We celebrate this day to honour his legacy. But, is it the only motive for this holiday?

The answer is no. Apart from enjoying this wonderful day by watching Batman’s movies, doing Batman-related activities, reading comics, buying merchandise, etc., we all should take inspiration from this amazing hero, and spark our inner superhero abilities.

Of course, following Batman doesn’t mean, wearing a black suit and having a mask on his face. On this holiday, you can simply help needy people. Try to be a helping hand for everyone as much as you can.

Some Interesting Facts About Batman

2. The first youngster to wear the Robin hat is Dick Grayson.

3. The ambiance in Gotham is influenced by Chicago and New York City architecture.

4. The possibility that Bruce’s father is a masked vigilante has been raised countless times.

5. Darkseid has twice been vanquished by Batman.

6. Batman’s part II (Returns) has filmed with real penguins thanks to a 1 million USD investment.

7. In the musical from 1986, Little Shop of Horrors props were utilized.

8. The Batmobile is older than the Batplane.

9. The market value of Wayne Enterprises is $31.3 billion.

10. Due to the low style of the batmobile, the original ears on Batman’s outfit for the first movie had to be redone.

12. A Yellow Lantern was once used to represent Batman’s character.

13. The first appearance of Dick Grayson in the comics was in Issue #38.

14. Batman’s TV series of 1943 established the idea of the Batcave.

15. Joe Chill is the assassin that assassinated Bruce’s parents.

Q. What Day is Batman Day?

Ans: Batman Day is celebrated on the third Saturday in the month of September every year.

Q. When Did Batman Day Start?

Q. What Month is Batman’s Birthday?

Ans: This is a reference to Batman’s debut, published in 1939.

Q. Does Batman only come out at night?

Ans: Although batman loves to operate only at night, sometimes there is an exception.

Beyond Batman Day Under Awareness Reads