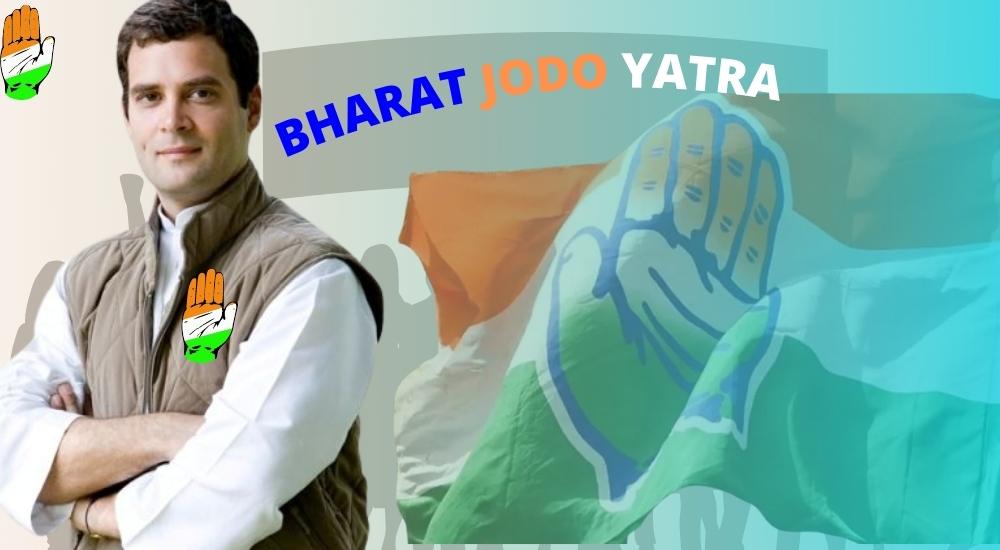 Bharat Jodo Yatra is a significant step for Mr. Rahul Gandhi to connect with the masses of people of India. The Bharat Jodo Yatra programme includes trekking 3,570 km from Kanyakumari to Kashmir. The AICC leader Rahul Gandhi along with other prominent leaders will start the grueling Yatra on September 7.

People from all walks of life are invited to participate in the program and March together. The article has covered all the essential aspects of the Bharat Jodo yatra (Unite India March), so keep reading it.

Ahead of beginning his journey from Kanyakumari, Rahul Gandhi attended a prayer gathering at the memorial to pay tribute to his former prime minister Rajiv, Gandhi, in Sriperumbudur, Tamil Nadu.

The Congress leader taking his Twitter account, also shared that ” I lost my father to the politics of hate and division. I will not lose my beloved country to it too.” Individuals who want to connect with the campaign can visit the official website (bharatjodoyatra.in) and register there.

The current national opposition party, Congress, has launched a campaign to contact mass people and unite together to stand against the contemporary situation of India. India’s citizens are unarguably battling unemployment, unexpected price rises on important stuff, riots across different cities of the country, and some other potentially destabilizing situations.

Rahul Gandhi, the Opposition party leader, along with 117 Congress Politicians, will make Padayatra (Leg March). The leg march will start from the northern part of the country, pass through states like Kerala, Karnataka, MP, UP, Delhi, etc., and finally reach the south point of India. Precisely saying, the Bharat Jodo Yatra will start from the Kanyakumari in the south to Kashmir in the North.

Congress has now understood that the time for symbolism is over; it’s a time for action. The decision of the congress party to do the Bharat Jodo leg Yatra is expected to get some significant outcome. The Bharat Yodo Yatra (Unite India March) will start from Kanyakumari in the North to Kashmir in the South of India.

While addressing a press conference, Congress General Secretary Jairam Ramesh opened up about the route map of the Bharat Joda Yatra (Unite India March). However, the Bharat Jodo Yatra Route map now can also be avail of through the official website (https://www.bharatjodoyatra.in/)

The Bharat Jodo Yatra will cover 3,570 km from Kanyakumari to Kashmir, as detailed on the official website of Bharat Jodo Yatra (Unite India March). More so, as per the reports of the campaign, the Padyatris (leg Marcher) will travel nearly 35-36 hundred km distance over the course of about 150 days.

The national congress party claims that India is going to witness this scale of mass contact programme for the first time after the Independence of India. Rahul Gandhi, former chief of the National congress party, will embark on the journey on September 7 along with other Padayatris. There will be around 100 Padayatris who will walk from the beginning to the culminating point.

Tabulated below is the overview of the India Jodo Yatra:

The listed below are some of the main taglines of Unite India Yatra:

People from all walks of life are allowed to participate in this significant Bharat Jodo Yatra Campaign. You can engage with the program by joining the Foot March or help spread its message by organizing events or participating in online campaigns. The participants of the Padayatra have been classified into three sections. Here you can learn about it:

Bharat Yatris: The number of Bharat Yatris will be only 100. They are Padayatris who will walk from the beginning of the program to the culminating at the Kashmir. They walk every 5-7 hrs in a day during the course of 150 days journey (Yatra).

Atithi Yatras: These participants can be anyone from the states where the Route of the programme is not passing. People who wish to join Yatra can be from all walks of life, such as political parties, intellectuals, eminent people, social activists, writers, artists, as well as ordinary people. The number of these “Atithi Yatras” will include a hundred participants.

Pradesh Yatris: There will be about 100 “Pradesh Yatris” from the states the journey will pass through. Congress president Sonia Gandhi wants people from every religion, caste, and community to participate in the campaign.

According to Digvijay Singh, the Unite India Yatra Campaign will have only 300 Padayatris at a time.

Mr. Gandhi, along with several top leaders, workers, and civil society members, will walk for about 18 to 25 km in a single day and sleep in a container cabin every night. They will pass from 12 states and two union territories in the course of 5 months. While on the Yatra, Congress leader Rahul Gandhi along with his Yatris, is expected to enter Telangana on October 24. The Padayatris will enter the state from Makthal in Mahbubnagar District and walk around 366 km in the state.

According to the official release of the list of Padayatris in the Bharat Joda Yatra campaign, there are nine congress leaders from Rajasthan who will participate in the Yatra. Rahul Gandhi’s Kanyakumari to Kashmir Unite India Yatra, beginning on September 7, will pass through the Jhalawar, Kota, Dausa, and Alwar districts of Rajasthan.

The Congress party launched its logo, tagline, and website for the Unite India March campaign when it was decided to start a 3500 km trek from Kanyakumari to Kashmir. The official website of Bharat Jod Yatra is bharatjodoyatra.in.

(a) The first step is to visit the official website of Bharat Jodo Yatra.

(b) Upon jumping on the official website, the screen will pop up with the home page that includes many options such as “Home,” Bharat Padyatris,” “Register Now,” FAQ, and Social.

(c) You will click on the “Register Now” option at the homepage’s upper part.

(d) Upon clicking the Register Now button, you will be directed to a new page wherein the registration details must be filled in.

(e) Now, you have to enter your name, email address, mobile number as well as the state you belong from.

(f) After filling in all details, you will require to tick I’m not a robot.

(d) When the I am not a robot gets verified, you can click on Register Now” button.

Thus, with this process, you can register on Unite India March’s official website and become eligible to watch the live screening of Padayatra.

(a) First of all, you have to visit the official website of Unite India March.

(b) When you visit the Bharat Jodo March website, the screen will pop with the home page.

(c) On the homepage, you will see an option naming Bharat Padyatris option over the upper part of the homepage. As soon as you click on this button, the page will come with a list of Padyatris in the Bharat Jodo Yatra campaign.

Q. When Does the Yatra start? Where does it go?

Ans- Bharat Jodo Yatra will begin on 7th September 2022 from the Northern part of Kanyakumari and culminate in the Southern Part of India, Kashmir.

Q. Who is participating in the Yatra?

Ans- Every citizen of India is allowed to participate in the Bharat Jodo Yatra campaign.

Ans- Individuals wishing to participate in the UNITE INDIA MARCH campaign can join it by registering on the official website.

Q. Where can I find out more information about the Yatra?