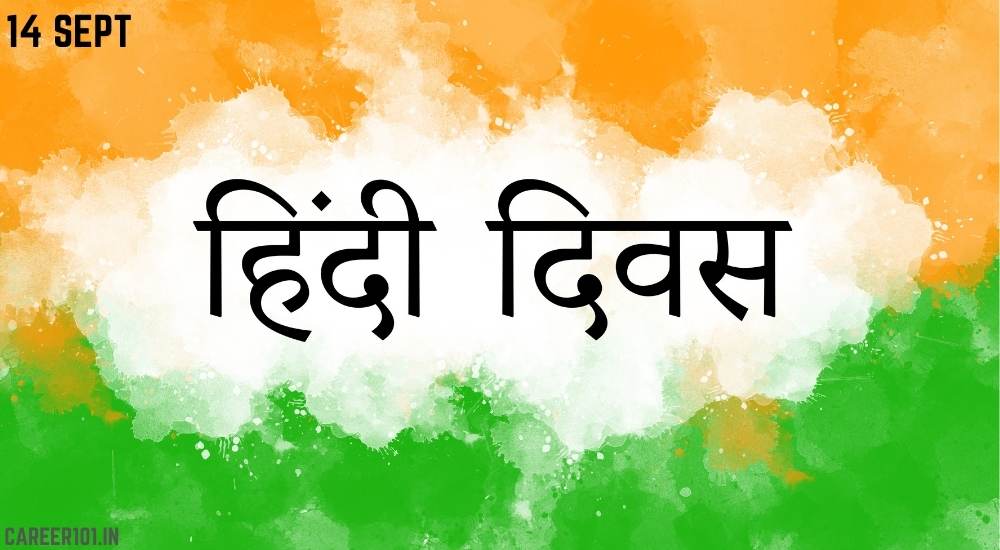 Hindi day, also known as Hindi Diwas, is celebrated annually on 14 September nationwide. Indians observe this day to commemorate and remember the adoption of the Hindi language, written in the Devanagari script, as one of the official languages in the country.

Also, another reason behind celebrating this day is to promote the Hindi language and its importance among people, especially children, and youth. And avoid the growing popularity of the English language and the undervaluation of Hindi.

For the uninitiated, Hindi is written in Devanagiri script and has been strongly influenced by Sanskrit. Its standard form is based on the Khari Boli, Bundeli, Awadhi, Bagheli, and Braj dialects.

Mahatma Gandhi called Hindi the language of the masses. India has the most regions that speak Hindi among the other nations. Our language currently ranks fourth globally, behind Mandarin, Spanish, and English.

The day is also the birth anniversary of Beohar Rajendra Simha, born on September 14, 1949. He was an acclaimed Indian scholar, historian, and Sanskritist, who worked tirelessly toward making Hindi the official language of India.

Hindi is most often spoken in the northern parts of India. However, if you look closer, megacities seem determined not to pass on their mother tongue to the next generations. Many people think this is the slow death of the language or loss of Hindi flavor.

Reading in Hindi has also significantly decreased. Everything in a typical middle-class Indian family’s home, including newspapers and magazines, are written in English. Present day, Parents prefer their children are studying in an English medium school, which is seen as a symbol of class.

How does Hindi Diwas Celebrated?

It is suggested that Hindi be used in place of English in all government offices to promote Hindi. On this day, several literary and cultural celebrations are held across the nation, wherein people celebrate great works of Hindi literature.

On Hindi Diwas, ministries, departments, public sector entities (PSUs), nationalized banks, and individuals are also recognized for their contributions to and promotion of Hindi with the Rajbhasha Kirti Puraskar and Rajbhasha Gaurav Puraskar awards.

An entire week from September 14 to September 21 is observed as Rajbhasha Week to celebrate the day. Various competitions are held during this time to promote the language, including essay writing, debate, and poetry recitation. These occasions occur annually in various colleges, schools, and universities.

(I) “Political integration of India can only be made possible through Hindi.” – Bhudev Mukherji
(II) “Hindi is the soul of Indian culture.” – Kamalapati Tripathi
(III) “Hindi is the simplest source of expression of our nation” – Sumitranandan Pant

(IV) “If we need a single script for all Indian languages, then it is Devnagri” – Justice Krishnaswami Ayyar
(V) “Freedom is useless without the national language.” – Avnindra Vidyalankaar
(VI) “No one can stop the propagation and development of Hindi.” – Pt Govind Ballabh Pant

(VII) “People from non-Hindi states can also easily manage to communicate by speaking broken Hindi.”
(VIII) “It is a cultural slavery for an independent nation to have education and official work in some foreign language.” – Walter Channing
(IX) “A country that does not take pride in its language and literature can never progress.” – Dr Rajendra Prasad
(X) “Knowledge of languages is the doorway to wisdom.”

(V) Give respect to your nation and national language.
(VI) Come together and join us to celebrate Hindi Diwas.
(VII) Don’t run behind English, use your own Hindi language which is your real identity.

(VIII) Unity is strength but the mother tongue is the pride of a nation.
(IX) A nation is incomplete without its national language.
(X) Hindi is our identity and symbol for us of being Indian.

Q. Why do we celebrate Hindi Diwas on 14 September?

Ans: The Constituent Assembly recognized and accepted Hindi written in the Devanagari script as an official language of India on September 14, 1949. And Indians observe this day to commemorate and remember the adoption of the Hindi language.

Q. Since when is Hindi Diwas celebrated on September 14?

Q. What is the importance of Hindi Diwas?

Q. Why was Hindi adopted as the national language?

Ans: The main objective behind adopting Hindi as one of the official languages was to simplify government functions and enhance administration.

Beyond Hindi Diwas Under Awareness Reads