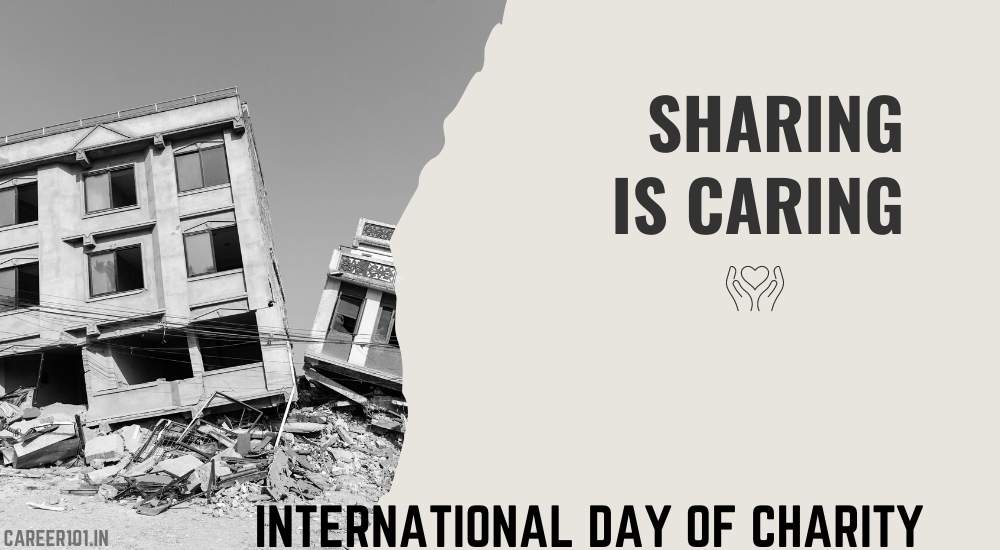 The International Day of Charity is a worldwide event, not a public holiday. It is celebrated every year on September 5 to honor Mother Teresa’s work and commemorate her death anniversary. Mother Teresa was born on August 26, 1910, and had committed her whole life to charitable work.

Apart from honoring Mother Teresa’s work, this day is observed to highlight and promote the importance of Charity and make people understand how charity helps and supports those people who are the weakest members of society.

Charity is a crucial foundation of developed society, enabling us to reach out to more comprehensive parts of society, supporting those in need. Because of it, charity can alleviate some of society’s worst problems, such as child hunger, poverty, or environmental issues.

History of International Day of Charity

The day was established in 2011, through the Hungarian civil society initiative with the support of the Hungarian Parliament and Government. On 17 December 2012, the UN General Assembly, responded to the proposal of Hungary and passed a resolution to create 5 September as the International Day of Charity.

Significance of International Day of Charity

Numerous organizations and businessmen donate money and other resources to help and support poor people who are fighting deadly diseases and protect children, provide education, provide food security, and other causes that improve the lives of the poor. The day encourages everyone in society to help others and improve their life.

The main objective of the International Day of Charity is to recognize the charitable works of all organizations and individuals, including the work of Mother Teresa, and raise awareness about the importance of charity in alleviating humanitarian crises and human suffering.

How To Celebrate International Day of Charity?

On this day, educational events and fundraising activities are organized around the world. Printed material such as magazines is published and distributed among the general public to promote this day. This day is also promoted via social networks, online news, radio, and TV.

Educate your juniors about the importance of charity and how your little help, big or small, money or time, can save someone’s life. The day provides an excellent opportunity to become a part of charity events and contribute to the welfare of the poor people of society. So, you can try to donate at least on this day, no matter how much you donate.

This day is celebrated to honor Mother Teresa’s work and commemorate her death anniversary. Hence, you should try to know more about Mother Teresa of Calcutta. Read the biography of mother Teresa and watch movies or documentaries about Saint Teresa.

(I) “Charity brings to life again those who are spiritually dead.”- Thomas Aquinas
(II) “He who has never denied himself for the sake of giving, has but glanced at the joys of charity.”- Anne Swetchine
(III) “He who has no charity deserves no mercy.”- English Proverb

(IV) “Charity is injurious unless it helps the recipient to become independent of it.”- John D. Rockefeller Jr.
(V) “Bounty always receives part of its value from the manner in which it is bestowed.”- Samuel Johnson
(VI) “Teach self-denial and make its practice pleasure, and you can create for the world a destiny more sublime that ever issued from the brain of the wildest dreamer.”- Sir Walter Scott

(VII) “In necessary things, unity; in doubtful things, liberty; in all things, charity.”- Richard Baxter
(VIII) “Charity … is kind, it is not easily provok’d, it thinks no evil, it believes all things, hopes all things.”- Cotton Mather
(IX) “Though I speak with the tongues of men and of angels, and have not charity, I am as sounding brass, or a tinkling cymbal.”- I Corinthians

(X) “People that trust wholly to others’ charity, and without industry of their own, will always be poor.”- William J. Temple
(XI) “Charity is to will and do what is just and right in every transaction.”- Emanuel Swedenborg
(XII) “Be charitable and indulgent to everyone but yourself.”- Joseph Joubert

(XIII) “Charity begins at hame, but shouldna end there.”- Scottish Proverb
(XIV) “The charitable give out at the door, and God puts in at the window.”- John Ray
(XV) “Did universal charity prevail, earth would be a heaven and hell a fable.”- Charles Caleb Colton

Q. Who started the International Day of Charity?

Ans: The day was established in 2011 through the Hungarian civil society initiative with the support of the Hungarian Parliament and Government.

Q. When was the United Nations International Day of Charity observed?

Ans: The first International Day of Charity was observed on 5 September 2013 in New York at the UN Headquarters, by the Permanent Mission of Hungary to the UN, with the support of the UNDP.

Q. What can I do for Charity ideas?

Ans: you can try to donate at least on this day, no matter how much you donate. Educate your juniors about the importance of charity and how your little help, big or small, money or time, can save someone’s life.

Beyond International Day of Charity Under Awareness Reads