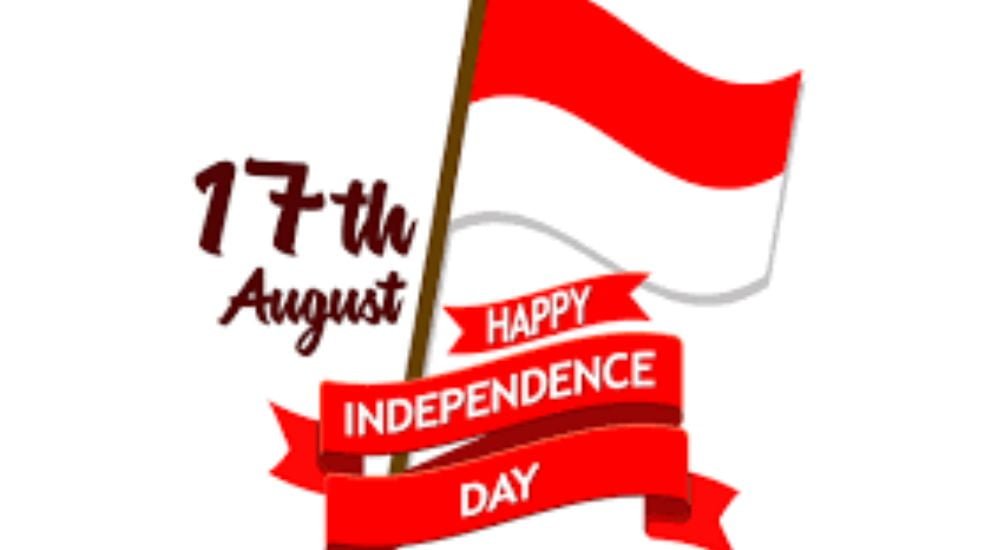 Indonesia Independence Day is celebrated on August 17 every year. This day marks the declaration of independence from the Netherlands in 1945. The day was traditionally referred to as “Hari Ulang Tahun Kemerdekaan Republik Indonesia,” or just “Hari Kemerdekaan”.

In 1946, the government declared it a national holiday. Local peoples often called it “Tujuhbelasan,” which means “the Seventeenth”. Four more years of conflict followed the announcement before their independence was formally acknowledged.

Indonesian people start the preparation 2-3 weeks before the 17th of August. Visiting Indonesia in the month of August can be one of the best times to witness its beauty. Indonesia is awash in patriotic and cultural parades, red-and-white artwork, and street decorations during this month.

The city administration spends a lot of money to create a special series of red and white lighted decorations for main thoroughfares, housing complexes repaint their main gate decorated with independence themes.

Red and white bunting are draped around the fences of the presidential palace and various government buildings. Malls are decorated in red and white and hold Independence Day sales. The words Dirgahayu RI (Long live Indonesia!) are written all over the town, which now has a red and white color scheme.

Social scientists, political analysts, and people with opinions publish “Insights” in newspapers and magazines about the nation’s achievements thus far and its challenges going forward.

Neighborhood associations often plan unique events for the area’s children and may ask residents for donations to help fund the kids’ contests, games, and prizes. Schools hold competitions to see which class can decorate their classroom in the most patriotic fashion in addition to setting up games and races between classes.

After more than 300 years of colonial control by the Dutch, Indonesia finally gained independence on August 17, 1945, thanks to a group of nationalists. It was not an easy battle to win Indonesia’s freedom and liberation. Before Queen Juliana of the Netherlands legally recognized Indonesia’s independence, it required four long years of protest and negotiation.

Every Indonesian must hoist the national flag on Independence Day in front of their residences, places of business, educational institutions, and other public buildings, as required by the nation’s constitution. To commemorate Indonesia Independence Day, locals in Indonesia also decorate the streets and alleys with banners and “Umbul-umbul” (red and white pennant flags).

On August 17, at seven in the morning local time, ceremonies are held in each of the cities and regencies of Indonesia to hoist the national flag. On this day, All the Indonesian national television stations broadcast the National Independence Day Ceremony live from the presidential palace in Jakarta.

The Indonesian national orchestra then performs an orchestral and musical performance of nationalistic and traditional songs before a military procession. Around five o’clock local time, there is also a ceremony to lower the flag.

5000 B.C.- In the Beginning– People of Austronesian ancestry migrate from the Philippines to Indonesia.
1945– Indonesia is Free
1949– Under pressure from the UN, the Netherlands recognizes Indonesia’s independence.
2010– A Growing Economy
2019– First Simultaneous Presidential and Legislative Elections

How to Celebrate Indonesia Independence Day

Translation of Some Indonesian Words

Some Interesting Facts About Indonesia

Q. When is Indonesia Independence Day?

Q. Which Games are Played on Indonesia Independence Day?

Q. Who First Came to Indonesia?

Q. What was the original name of Indonesia?