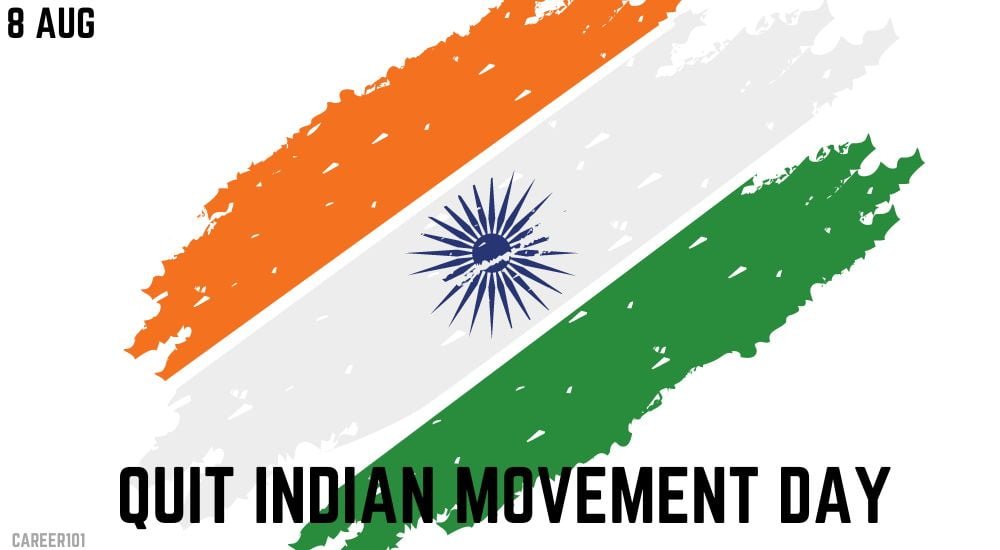 August 8, is Quit India Movement Day, the day on which Mahatma Gandhi- father of the nation, gave the famous Quote “Do or Die.” What he meant was that, we should either free India or die in the attempt. The mantra ‘Do, or Die reflects the degree of resoluteness of our freedom fighters on freeing India from British Colonial.

“Quit India” was a slogan shouted by millions of Indians to the British to leave India. In Hindi, it is translated as “Angrezon Bharat Chhodo.” This iconic slogan ‘Quit India’ was coined by Yusuf Meher- socialist Congress leader and lesser-known hero of India’s struggle for freedom.

(I) “We want deeper sincerity of motive, a greater courage in speech and earnestness in action” — Sarojini Naidu
(II) “Do or Die” — Mahatma Gandhi
(III) Whatever you do will be insignificant, but it is very important that you do it — Mahatma Gandhi

(IV) I believe that in the history of the world, there has not been a more genuinely democratic struggle for freedom than ours. — Mahatma Gandhi
(V) Happiness and misery are paper balls. Don’t be afraid of death. Join the nationalist force, be united. Give work to those who are hungry, food to individuals, forget your quarrels — Sardar Vallabhai Patel

(XVI) Hindu-Muslim unity is not a new thing. Millions of Hindus and Musselman have sought after it. – Mohandas “Mahatma” Gandhi

What is Quit India Movement Day?

This day is celebrated as an occasion to honor and pay our tributes to all the freedom fighters and leaders of our country who were participants in the critical movements that made India independent. And “Quit India” was a significant movement among them, which began on 8 August 1942.

The Quit India Movement was launched on 08 August 1942, also referred to as the August movement or August Kranti. The Cripps Mission failed in April 1942, but in less than five months, the people of India had started the third most crucial movement- Quit India for independence.

Quit India Movement Day has great historical significance for India. It reminds us of the most essential movement launched under the leadership of Mahatma Gandhi. The Day provides us with an opportunity to pay our respect and tribute to all those who fought against the Britishers to gain independence from British rule.

Fortunately, there are a lot of ways to celebrate the Day. You can celebrate the day of historical significance by organizing a small cultural program that would educate the people about the importance of the day. Also, you can choose to celebrate by watching movies related to the Indian freedom struggle, reading Mahatma Gandhi’s books, and watching documentaries on Indian history.

Q. Why do we celebrate Quit India day?

Ans: To pay our respect and tribute to all those who fought against the Britishers for gaining independence from British rule.

Q. What was the slogan of the Quit India Movement?

Ans: “do or die” was the slogan of the Quit India Movement.