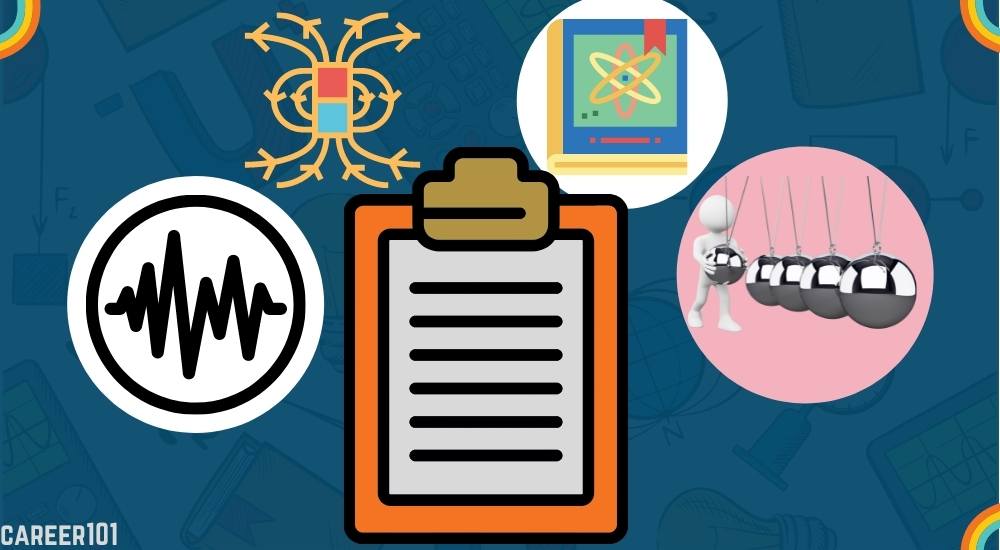 Physics is a sub-discipline of science that gives the answer to many natural phenomena happening around us and how the universe behaves. To learn and understand these things, you will need to go through the various essential aspects of physics, which are incorporated in the BSc Physics Syllabus.

Therefore, if you are fascinated to know the components of the BSc Physics Syllabus, then you can go through the accompanying sections that I have mentioned below.

The B Sc Physics Program covers numerous significant subjects and topics, which makes it a special branch of science. Of course, physics is one of the most important disciplines of science that covers both theoretical and practical learning and provides a platform to the participants for the ground training of the mind. Moreover, BSc physics, being an interdisciplinary course, contributes to the overall development of students because knowledge of this discipline overlaps with other domains of knowledge. The BSc Physics Syllabus is categorized into kill-enhancement courses, General elective papers and Discipline-Specific Papers. The below-mentioned section will give a basic idea of the BSc Physics Syllabus:

What are the Core Subjects in BSc Physics Syllabus?

If you are exploring to know the numerous core subjects studied in the course, then you must learn that there are six semesters, and each semester comprises 2-3 core subjects depending on the institutes. The subjects, of course, are distributed in such a way that helps students embrace all the essential aspects of the discipline. While in the initial phase of the course, students are taught those disciplines which help them to design and develop a strong background in the fundamentals of Physics. And in the later semesters, the students encounter the advanced level of physics, including quantum mechanics, optics, electrodynamics, theoretical mechanics, thermodynamics, and solid-state physics. Moreover, the course also equips you with the latest physics and allied technologies development. The following is the list of the core subjects studied under the BSc physics program:

What are the Skill Enhancement Courses in BSc Physics Syllabus?

(i) Engineering Design and Prototyping

What are Discipline Specific Elective Subjects in BSc Physics?

Encompassing the study of skill enhancement courses and core subjects, this BSC physics course also provides the Discipline Specific Elective papers to the students in the last two semesters. You can choose from the pool of DSE papers. These Discipline Specific Elective papers come under the main discipline/subject of study, of which you will learn intensively about any specific aspect of the programme. The following are the DSE papers that come under the BSc Physics Syllabus:

(X) Physics of the Earth + Tutorial

You must be thinking of the significance of elective papers provided under the course. Well, I must tell you that elective papers are different from the main discipline of study, which helps you to develop new interests and abilities. The general elective papers enhance the candidate’s skills to emerge as a competent professional in the area. The mentioned below are the general-elective papers that come under the BSc Physics Syllabus:

(8) Physics of the Earth

(20) Verilog and FPGA based system design

Physics is the basis of the natural phenomena that happen around us. It is physics that helps to understand the various oldest questions like what are things made of, is there a limit to the smallest things that we can think of, did the world have a beginning, etc. Therefore, you must be fascinated to know the major subjects of BSc Physics that are being studied in the course. If you are thinking of how many subjects are there in BSc Physics, then at first you should know that the program is distributed in six semesters. After shedding light on the course, I must tell you BSc Physics comprises numerous significant core subjects, which are spread evenly across the course.

While the first and second semester of the course stresses basic understandings and concepts of Physics, the remaining semester focuses on providing advanced knowledge and hands-on exposure to the students. Along with core subjects, the course also imparts elective papers like Physics of Devices and Communication, Astrophysics, Nuclear Physics, Nano Materials, and Applications, etc. Here, I have listed the core subjects with basic details:

This is one of the core courses in the Physics curriculum that explains the superposition of harmonic oscillations leading to the physics of traveling and standing waves. The course also provides an in-depth understanding of wave phenomena of light, namely, interference and diffraction, emphasizing practical applications of the same.

It is one of the key subjects required to understand the concepts of several interdisciplinary applications of physics. Some of the topics studied in this discipline are as-

The electricity and magnetism discipline, being also called electromagnetism, deals with numerous aspects like electric force, magnetic force, electric charge, the motion of the particles, etc., which play a central role in the classical and contemporary applications to problems of physics. The following pointers are the key topics included under Electricity and Magnetism:

Thermal physics is one of the significant disciplines of study under the BSc Physics syllabus. It provides an in-depth understanding of thermodynamics, statistical mechanics, and the kinetic theory of gases, which has a huge significance in the relevant applications. These highlighted points are the major sub-fields of Thermal Physics:

This field of study has been included in the BSc Physics Syllabus with an aim to impart a comprehensive understanding of digital systems, their operational circuits, and their applications. Upon successful completion of the BSc physics course, students will be able to write programs, design various logic gates, and several others. The following are the sub-topics of the Digital Systems and Applications discipline:

You might have heard what quantum physics is? Well, this study of discipline deals with properties and behaviors of very building blocks of nature. It is one of the prominent subjects you will encounter while exploring the BSc Physics syllabus. It will help students learn the basics of Quantum Mechanics and build an understanding of its application and uses. The elucidated points are sub-disciplines that you will study under the BSc Physics Syllabus:

Talking to the BSc Physics syllabus, Nuclear physics is one of the significant subjects that come under the discipline of Physics. The subjects include the study of neutrons and protons, the force holding them, and other aspects of nuclear matter. The chief objective of this subject is to make you familiar with the intricate structure of atoms via various influential models and experiments.

Statistics Physics is a part of physical science that investigates the vast arrays of objects in depth. In general, the objects studied in this field include atoms, particles, magnetic spins, or volumes of liquid. In addition to these scientifically-focused objects, more recently, different types of connected groups of things like species in the environment, traders in financial markets and so on have been studied by scientists. Using other numerical methods, you will be able to analyze or interpret the behavior of microscopic groups of objects without knowing the particular features of the entities. Out of all the BSc Physics subjects, you will enjoy this one if you are looking forward to exploring gravity and its connection to space and time.

Apart from the subjects mentioned above, there are several other major subjects taught to produce competent professionals in the domain of physics. Classical Mechanics and Theory of Relativity, Atomic and Molecular Spectroscopy, and Quantum and Laser Physics are the other major subjects of the BSc Physics course.

Who Can Study the BSc in Physics Syllabus?

If you are planning to take up the course, you must possess certain qualifications before applying for the program. To make you aware, I must tell you that eligibility criteria for any specific programme would vary from institute to institute. In the same way, the requirements demanded by the institute for the BSc physics course may vary. The following are the eligibility requirements that most institutions ask for granting admission to the B.Sc. Physics course:

(a) The aspiring candidates are required to have completed 12th standard or equivalent in science stream from a recognized board of education, especially physics, chemistry, mathematics or biology as the main subjects.

(b) You must make sure that at least 50-60% aggregate marks are in your intermediate examination.

(c) No age bar to pursue the B Sc Physics Course. But, some institutes might ask you to have your age between 18 to 21 years.

(d) To pursue this course abroad, you should have the intermediate certificate with BiPC or MPC as the major subjects, SAT exam score, English proficiency tests (IELTS, TOEFL), LOR and SOP documents.

Innumerable universities and institutes are available in India that grant admission to BSc Physics program. Students can pursue a master’s degree after BSc with Physics in their choice of specializations. Here are some prominent colleges that offer entry to study the course:

(I) University of Delhi (DU)

Reads Beyond the B Sc Physics Syllabus Under Courses Listing