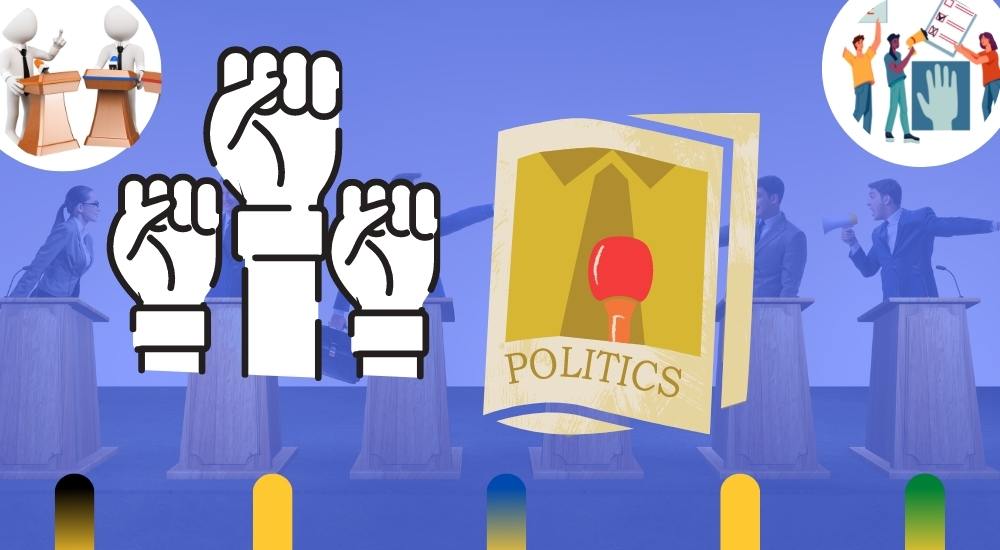 If you ask an average joe about Career in Politics, it is only likely the man will turn his face away to let you feel that you have asked something none-sense. However, to my best understanding politics is the best profession and a career with all awesomeness.

Most of the people around you will disagree though, and they are right in their capacity. Their biggest problem is the basic notion of families which is gathered from of so-called politics wizard. There is no harm in choosing a curriculum and career with predictability but avoiding something out of our narrow outlook is not wise either.

Is there Really a Career in Politics or It’s an Illusion?

When someone talks about politics, you are suddenly reminded about a candidate who lost last election and another who won. But, let me put it out straight forward that politics is not about getting elected or losing an election. It is about resonating with people’s issues and then aligning your efforts to get the people’s problems addressed through govt. mechanism.

So, where is the profession and career involved in this? Where is the avenue to make your livelihood? Well, as you know, elected officials are eligible for salaries while in office and then pensions for life, if they cannot make it in the next election. Isn’t it a career wherein you become part of govt. functionary by getting elected to an office and therefore eligible for perks associated?

Everyone thinking about a career in politics aspires getting elected in first place. But, then there are two types of people, one who try but fail to get elected and others who do not want to contest elections but still want to continue in politics for changing things. If you are a man of drive and proper mental bent of bringing about change, you are going to be picked up by Political leaderships and then there may be no stopping in career progression.

It is a common scene that people with no political backgrounds in family come into politics with something else in their hand for their livelihood. So, even if they fail getting elected, they get more successful in their original pursuit because of enhanced level of public relationships and branding. And, the ones with family background in politics learn the ropes faster and get elected sooner or later. So, in either case there is career prospect in politics.

Essentially, the narration of getting elected or losing is only a part of entire game in politics. Career in politics doesn’t end here. There are lot of career options around the elected politicians too. Speech writers, event manager, campaign strategists and legislation aide etc. are few of them. Almost all political parties have their IT cell and campaign strategist now a days. Together they all offer wide range of career prospects. And, if you happen to possess the right skill and mindset you will be hired for these positions. Who doesn’t know Prashant Kishore, Shubhrastha, Rajat sethi and the likes.

Start from the Ground and Aim Rising

Best part is that, these freelancing kind of job need not be your destination. These jobs in fact, could serve as a launch pad for you to become a real time politician. They give you first hand education in how politics works. Meaning, working for political campaigns and politicians are excellent starting points to make you a politician. And again, if you do not aspire to become a politician, you get a wealth of experience working in proximity of these legislators and can use the experiences in many different sectors of your life.

Even if you are not elected in office, you have a massive public support and you are always in a position to raise the voice of suppressed, oppressed and sidelined. And to me it’s a great feeling. Narendra Modi, the Indian PM now never thought of rising to such level of prominence and power. It is the nature of politics and your inculcated value system, together that can take you skyward. Personally, I love the profession of politics pretty much and I kind of believe in “Get into politics if you want to raise the level of your nation”.

Crux of becoming a successful politician is, getting into the philosophy you are inclined most, get formal training while you are student, work as intern with politicians, start small and then scale.

Career in Politics is Ultimate in Kind

If you have slightest of idea what big authority a politician enjoys as a legislator you would be able to understand it right away what this subtopic suggests about.  A legislator is a big thing inasmuch as he has opportunity to table a bill in house of representatives to turn the same into an Act. Any change in a society can not be made a reality until a rule of law works behind it. Be it abolition of child labour or social acceptance of widow re-marriage everything worked because an Act was made before by a legislative body of that time.

Yes, if you have something in your mind that you feel concerns common man but you are not able to bring about change in status quo, Politics is the right platform. Bureaucracy and entire govt mechanism for that matter is what we must admit as implementing agencies only. They stand to maintain the law and order and they ensure that everything that has been legislated is being observed. To bring about change in the face of problems cannot make new acts and rules. It is only elected politicians who can get bill passed and Act made.

In recent history of India, you will find a plethora of examples where the bureaucrats dropped their jobs and entered the active politics to bring about changes they wished. Ex-finance Minister Mr. Yashwant Sinha and Incumbent CM, Delhi are two well known examples. OP Chaudhary, a 2005 batch IAS is one recent example. 2009 batch IAS topper Shah faesal and many others decided to quit the coveted IAS only because they knew the power of Politics. To my best belief, there is no exaggeration is saying that Politics is mother of all careers.

Beyond Career in Political Space Under Career Listing