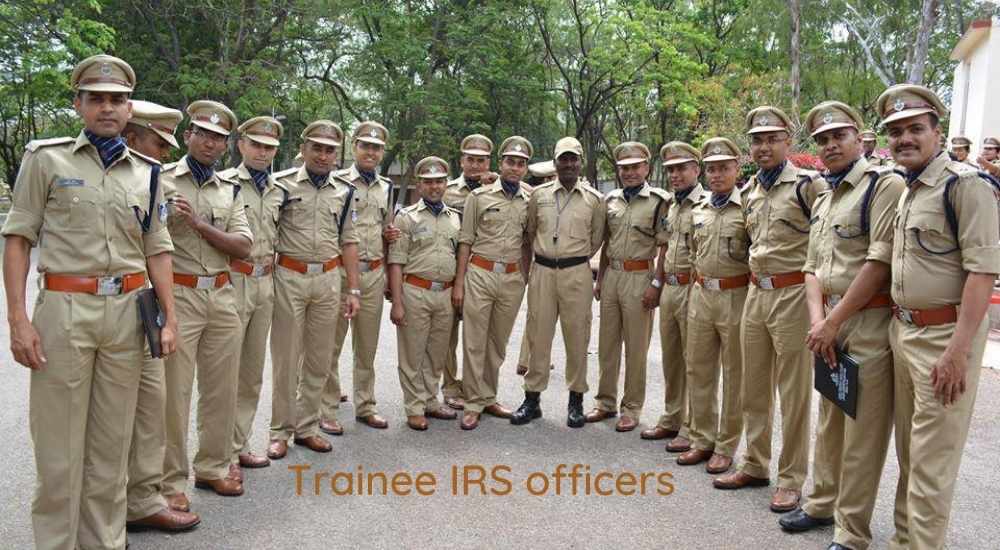 Revenue Service is the pillar work force for the tax administration and an IRS officer (Indian Revenue Service Officer) plays crucial role to economic machinery.  If you wish to get into revenue service you need to crack Civil Services Exam (CSE) conducted by UPSC.

The trends show that after IAS (Indian Administrative Service), IFS (Indian Foreign Service) and IPS (Indian Police Service), IRS is the most preferred service. Many CSE aspirants even prefer IRS to IPS. Possibly because Revenue Service offers a combination of Uniform and non-Uniform assignments.

Choice of preference made for IRS over IPS is also because these officers have wider scope of deputations to work for CBI, IB, NIA, NCB, ED and other law enforcement agencies. If you aspire for a country wide exposure in your work space, IRS is the way to go for.

What Does it Take to Become an IRS officer?

Qualifying UPSC CSE and scoring high on merit of course, is what you need to do in order to become an IRS officer.  Many curious, search about Sameer Wankhede an IRS officer who has been in intense media glare recently and then get inspired about IRS Exam. But, let me clarify that there in no IRS exam as such. It is the Civil Services exam (CSE) organized by UPSC that shortlists the candidates for different elite services of India based on marks scored and preferences exercised.

Preparing for UPSC CSE and cracking it, is different story though. You need to dedicate few years of your life to the exam but it is worth it. Reason being, the CSE is the gateway to all elite services (Group A) in India that includes Administrative Service, Police Service, Foreign Service and other class I services in various departments. Beauty of the posts that you get through CSE is that you become Group A right away. Other group B and Group C jobs take you almost entire life to be promoted to Group A/ Class I.

What is the Salary of an IRS Officer?

Salary of an IRS officer ranges between Rs 90,000 to 2.5 Lakhs per month and works out as per pay matrix of 7th pay commission.  An entry level IRS officer has a basic pay of 56100 excluding DA, HRA and other allowances.  In fact, salary depends on their hierarchical positions within the departments. As the officer promotes to the next level of grade pay, the salary increases. Salary structure of IRS officers starting from Assistant Commissioner to Principal Chief Commissioner looks like below:

The Principal chief Commissioners (topmost designation in field work) can be promoted to member of CBDT/CBIC and then to Chairman subject to their remaining active service and service records. The postings in Board (CBDT/ CBIC) are of purely supervisory and advisory in nature.

The Work Profile of an IRS Officer

Essentially, Indian Revenue Service (IRS) is the administration of Revenue. What it means is that an IRS officer will look after all the aspects of Revenue, be it assessment and levying of taxes, preventing evasions or booking cases that involves evasion. From this stand point an IRS officer is in charge of looking into smuggling, illegal trade and illegal transactions etc. too.

IRS officers belong to Group A services. They are Central Civil Servants that work under the Department of Revenue, the part of the Union Ministry of Finance.

The entry organization of IRS officers is either Income Tax department or Customs & CGST Department based on their selection as IRS (IT) or IRS (I & C). However, they can seek deputation to departments that frame the policies on taxation in advisory roles.

Any legislation on Tax and Revenue which is passed in Parliament is not possible without the input of the IRS officers working in capacity of member & chairman to the Boards.

Apart from their parent organizations IRS officers can seek deputation to many other department and agencies. Yes, they can be deputed to /hired by elite intelligence agencies of the country such as:  CBI, NIA, NCB, ED etc.

Role of senior IRS officers becomes all the more important negotiating treaties on behalf of the Government of India in the fiscal matters. International treaties on trade & taxes, whether bilateral or multilateral are full of intricacies and advisory role of an IRS is vital.

Entry level IRS Officer starts from the rank of Assistant Commissioner and can rise up to the level of Chairman of respective department’s Board. Viz.  CBDT or CBIC. Below is the promotional as hierarchy of the IRS officers.

Becoming member & Chairman to CBDT/CBIC is dream of all IRS officers joining the Revenue Service. However, getting elevated to that level is possible only for those IRS officers who get into the service at early age. Importantly, they should be having a spotless career record.

The highest bodies for Income Tax Department and Indirect Taxes are CBDT (Central Board of Direct Taxes) and CBIC (Central Board of Indirect Taxes & Customs) respectively. These boards look after policy framing and supervisory administration of taxation and IRS officer can choose to work for the boards in their day-to-day affairs apart from field jobs.  Elevation to Member and Chairman of CBDT & CBIC is however, through seniority list of CSE UPSC.

Concluding Words on an IRS Officer

IRS officers are guardians to nation’s economy and the revenue matters more than anything else. The core job of IRS officers involves the collection and management of the various direct and indirect taxes. They are the ones, responsible for making union exchequer rich or poor. Their job bears great significance in a sense that, collection of revenue runs the entire machinery of country. It is this money that goes into the welfare and infrastructure.

Collection of taxes comes with evasions that can un-stabilize the economy. To put check on the menace the central govt has put in place dedicated investigation directorates and the Senior IRS officers are in charge of these agencies. They are on constant job of gathering intelligence and busting the evasion nexus if any, through a co-ordinated effort of Junior officers. Prosecuting the offenders, looking into the Appeals and compounding the maiden offences all come into the purview of Senior IRS officers.

The Questions Mostly asked About an IRS Officer: FAQ

Q. What is the Full form of IRS Officer?

Q. What does an IRS officer do?

Ans: Levying and collecting taxes is the main job of an IRS officer.  Nabbing the smugglers & tax evaders and plugging the tax drainage are also their job. Conducting investigations into tax offences, prosecuting the offenders and hearing appeals are included in their job. IRS officers advise the govt. on tax policy and help formulating favorable trade agreements with other countries.

Q. Is IAS or IRS better?

Ans: IAS is the most preferred post in UPSC. IFS, IPS and IRS come latter. However, there are advantages of becoming an IRS. They get all India exposure with postings in cities contrary to IAS who are attached with their cadre state.

Q. How IRS officers are Selected?

Ans: Cracking UPSC, Civil Services Exam with reasonably high score is the only way to get into IRS.  Barring few, the most aspirants set preferences for IAS, IFS and IPS before IRS. In fact, you have least control on getting a specific post, trying to score high in CSE is only option to get your preference.

Beyond Becoming an IRS Officer Under Careers Section

Other Posts You Would Like To Check to Raise Awareness