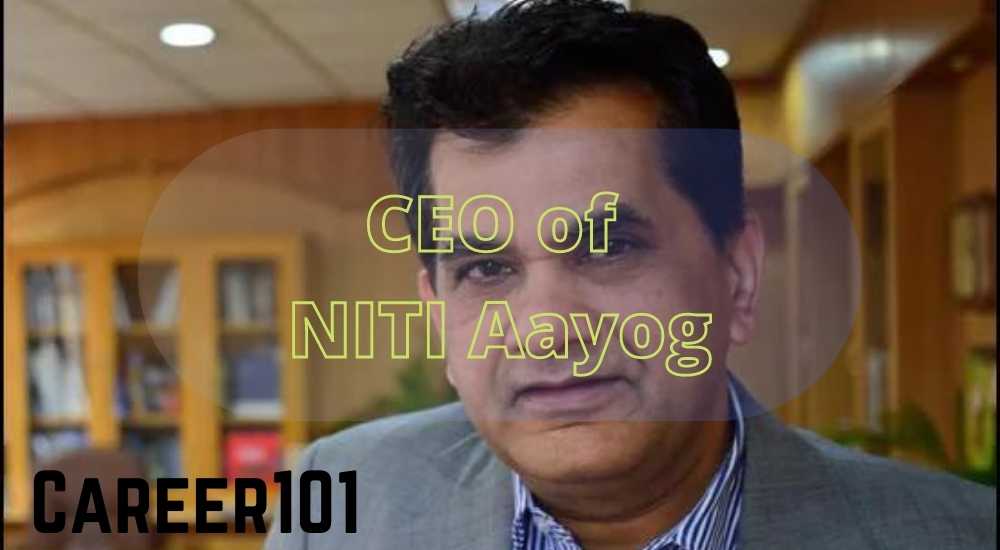 Amitabh Kant, presently working as the CEO of NITI (National Institution for Transforming India) Aayog, is a retired Indian Administrative Service (IAS) officer of the 1980 batch from the Kerala cadre. He worked at the helm of the policy think tank of the govt. regime from 2016 to July 2022. Mr. Kant has been on the list of the World’s 50 influential people revolutionizing governance.

Before ascending to CEO of NITI Aayog, Mr. Kant worked as the National Secretary, Department of Industrial Policy and Promotion (DIPP), Joint Secretary- Ministry of Tourism, Secretary, Tourism in Kerala, and many more. Amitabh Kant pilots many award-winning initiatives of govt, including “Incredible India,” “Make in India,” “Ease of Doing Business”, etc.

Amitabh Kant was born on 1st March 1956 in New Delhi, India. He is the second and current Chief Executive Officer of NITI Aayog. His father is Rajni Kant and mother’s name is Sita Kant. His better half is Ranjeeta Kant, a Singer. He has two daughters named Vedika Kant (Risk Analyst) and Vanshica Kant.

Mr. Kant started his education at the Modern School, Delhi. He did his B.A. in economics (Hons) from St. Stephen’s College, Delhi and pursued his M.A in International Relations from Jawaharlal Nehru University. Dr Kant is a chevening Scholar. De facto, he attended Manchester Business School on a chevening Scholarship. Later, he was a student in the Mid-career Program at Harvard University, John F. Kennedy School of Government and the Indian Institute of Management, Ahmedabad.

Being labelled as one of the prominent civil servants of India, Amitabh Kant is currently serving as the CEO of NITI (National Institution for Transforming India) Aayog. India Today’s High & Mighty rankings of 2019 presented Kant as one of the most powerful people in India under the category of “The Supercrats – India’s Top Bureaucrats” along with other bureaucrats such as Nripendra Misra and Ajit Doval.

Apart from being a CEO of NITI Aayog, Mr. Kant served the State of Kerala and Government of India in different capacities. His major designations includes following:

Amitabh Kant’s experience with tourism sector started when he was the Secretary, Tourism in Kerala. Later Mr. Kant played a crucial role in driving the initiatives like “Make in India,” Startup India, “Incredible India,” and “God’s Own Country”, which established India as leading manufacturing and tourism destinations. They used a variety of strategies such as improvement of product and infrastructure, Public-Private partnership, and branding and positioning.

These initiatives undertaken by Mr. Kant translated into many international awards. It helps Kerala to become the most popular tourist destination in India. Along with this, he formed and implemented the idea of “Atithi Devo Bhavah” – “Guest is God” campaign to train taxi drivers, guides, immigration officials and make them interested in the tourism development process.

During his stint as the CEO and Chairman of DMICDC, Mr. Kant made all his out efforts to eliminate the hurdles that come in the path of the project. This (DMIC) project is being developed by the government of India as a global manufacturing and investment destination supported by world-class infrastructure and enabling policy framework. The project of DMIC envisages the development of smart industrial cities with new technology that will boost India’s GDP growth with Ease of doing business.

DMIC) projectis is one of the largest infrastructure projects with an estimated investment of 90 billion US dollar. The investment aincludes 24 industrial regions, eight smart cities, two international airports, five power projects, two mass rapid transit systems, and two logistical hubs. The project has received a major boost from the government of Japan and India, and the work is in progress at a good pace.

Amitabh Kant has won many awards and honours for his work.

(a) He received the Economic Times Policy Change Agent of the Year Award,
(b) The Bloomberg TV Personality of the year Award
(c) The NDTV Administrator of the year Award
(d) The Distinguished Fellowship of the Institute of Directors.
(e) Amitabh Kant is also recipient of One Globe Award-2016 for leadership in Transforming Governance for the 21st Century.
(f) Amitabh is the recipient of Sir Edmund Hillary Fellowship, awarded by the Prime Minister of New Zealand.
(g) He is a Member of the Steering Board of “Shaping the Future of Production Systems” of World Economic Forum.
(h) He is the recipient of Golden Peacock Award for Leadership in Economic Transformation-2017.

He has authored a couple of literature, to say:
(a) Branding India: An Incredible Story (2009) and Incredible India 2.0
(b) Synergies of Growth and Governance (2019),
(c) Edited The Path Ahead: Transformative Ideas for India (2018).

1 thought on “All About the 2nd CEO of NITI Aayog Amitabh Kant- Wiki, Bio & Career”