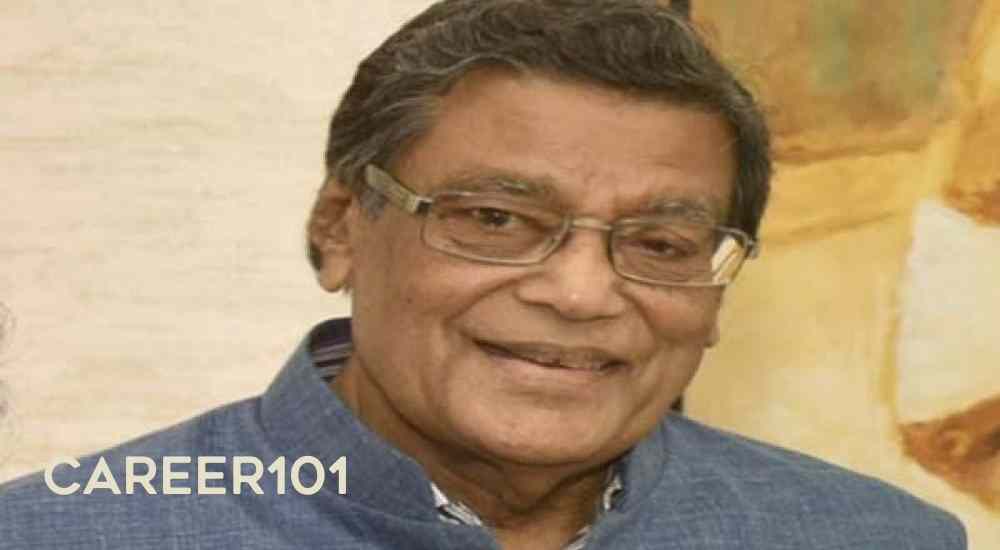 KK Venugopal (Kottayan Katankot Venugopal), the 15th and current Attorney General to the Indian government, was born on the 6th of September 1931 in Kanhangad, a town in the South Canara district of Madras Presidency during British India but Kerala, Kasaragod in present-day. KK Venugopal is an Indian constitutional lawyer and a senior advocate in the Supreme Court of India and was appointed as the 15th Attorney General of India on the 1st of July 2017. He is a trustee of SAARCLAW, the regional highest body of SAARC countries, and has previously served as its president.

At the NALSAR Law University in 2003, KK Venugopal established K. K. Nambyar SAARCLAW Centre for Advanced Legal Studies in memory of his father. The Centre is unique in its aim to study legal issues particular to SAARC countries and develop networks and spaces of engagement between the citizens of these countries.

K.K. Venugopal was born in a Nair family in Kanhangad, a town in South Canara district of Madras Presidency during British India but Kerala, Kasaragod in present-day and brought up in Mangalore. His father’s name was M. K. Nambiar, and his mother was Kalyani Nambiar. He had three siblings, namely, Shiva Shanker Nambiar Ramkumaran Nambiar and Nalini Vasudev. His sister died on the 4th of January 2013.

He completed his BSc in Physics from the renowned Madras Christian College, Chennai. Further, he moved to Raja Lakhamgouda Law College, Belgaum, to pursue Law. Venugopal has also been a student of St. Aloysius College, Mangaluru.

Career and Achievements of Venugopal

After completing his formal education, Venugopal started his career as a lawyer in 1954 in Mysore and practised under his father in the madras high court. His father, M.K. Nambyar, was a barrister in Madras High Court.

In 1972, KK Venugopal moved to Delhi and was appointed as a senior advocate in the supreme court of India. He has also been in service as President of the Union Internationale des Avocats (UIA – International Association of Lawyers) from 1996 to 1997. And, on the 30th of June 2017, he was appointed as the Attorney General of India by President Ramnath Kovind under the leadership of Prime Minister Narendra Modi, where succeeded Mukul Rohatgi. But, the most significant part of his career was being appointed by the Royal Government of Bhutan to serve as the Constitutional adviser for drafting the Constitution of Bhutan.

He has appeared in numerous high-profile cases during these last 50 years. In the high profile 2G spectrum case, he was appointed as amicus curiae to assist the Supreme Court. Venugopal has also appeared in the Demolition of the Babri Masjid case. In this case, he represented the BJP leader L. K. Advani who was accused of inciting the protest that led to the Babri masjid’s demolition.

The statement on Modi government and Indira Jai Singh landed KK Venugopal in spotlight. Venugopal told the Supreme Court that the Narendra Modi government was deliberating”criminal action” under the Official Secrets Act against unnamed individuals who had access to secret Rafale documents. Venugopal was also in the spotlight when he demanded that the senior lawyer Anand Grover call senior advocate Indira Jaising his “wife” and not “Ms Jaising” in the Supreme Court.

These events drew intense criticism against K.K. Venugopal who is the fifteenth Attorney General of India and the oldest-serving attorney general ever to be appointed as the position.

Judicial reform refers to the complete or partial political reform of the judiciary of a country. It is an integral part to the effort of many countries all over the world in improving legality. Reforms in judicial system can involve the judicial administration, compensation system, independence of judicial versus accountability, performance evaluation, and retention and selection of judicial.

Venugopal is among the most prominent advocates for reforms in the judicial system in India. He opposes the formation of regional benches in the Supreme Court of India. Instead, he proposes the establishment of Courts of Appeal be established in the four regions of the country. And these four courts of appeal will ultimately decide appeals against High Court judgments in all instances other than those that have national significance, which concern the entire nation and disagreements with States and among States and the Central government as well as Presidential references and major legal questions relating to the legal interpretation of the Constitution. This would ease the burden of the Supreme Court.

Q. What is the salary of Attorney General of India?

Ans- Salary of the attorney General of India is equivalent to the salary of a Supreme Court judge which is Rs.90,000. However, Atmaram Nadkarni, the Advocate General of Goa, out beats them all, as he gets paid up to Rs.8 lakh per month.

Q. Who is the 15th Attorney General of India?

Ans- The 15th and current Attorney General of India is K. K. Venugopal appointed on 1st of July 2017. He was reappointed as attorney general on 1st of July 2020 by the president of India. Keeping in mind his advance age of 90, President Ram Nath Kovind re-appointed him in 2020.

Q. Who is the present Advocate General of West Bengal?

Valuable Reads Beyond KK Venugopal and His Life & Works