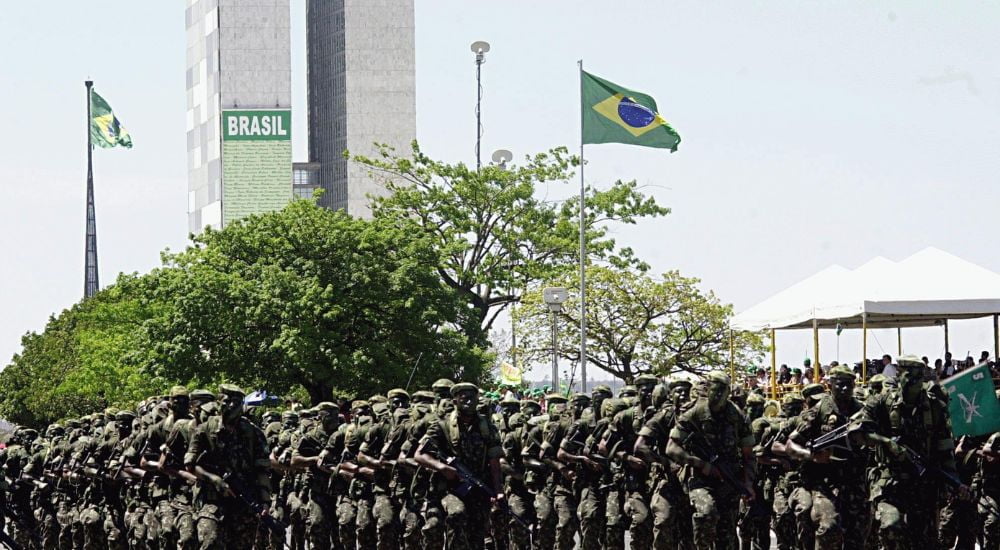 Brazil Independence Day (Portuguese: Dia da Independência) is celebrated on September 7 every year. This day commemorates Brazil’s declaration of Independence from the United Kingdom of Portugal on September 22, 1822.

Although Brazilian independence was officially proclaimed on September 22, 1822, now it is celebrated on the 7th of September, or as they say in Brazil — Sete de Setembro!

Post, independence monarchy still remained, but after a few years, it was overthrown. Brazilians celebrate this day by waving flags and banners in the streets. Also, they do a lot of stuff like decoration of houses and streets, sing and dancing with family and friends.

Large-scale celebrations of Brazil’s independence are organized all around the country. In big cities, the day is observed with military parades, patriotic performances, and fireworks at night. Brazil’s president attended the national celebration at the Ministries Esplanade and led the civic and military march.

Numerous Brazilians gather on the streets to celebrate with one another in picnics and other outdoor events, which have become customary.

Before the arrival of the Europeans, Stone-Age tribes lived in Brazil. Due to the lack of written proof describing their way of life, nothing is known about these villages. When the Portuguese arrived in Brazil in 1500, Pedro lvares Cabral declared Brazil to be a Portuguese colony.

Salvador was proclaimed the first capital of Brazil in 1549. It became a significant port for sugarcane and slaves. The slaves were imported from Africa to do labor-intensive tasks. Brazil was growing through wars and battles.

After defeating the French, the Portuguese seized control of Rio de Janeiro and other Dutch and British outposts. At the beginning of the 1800s, Napoleon was trying to invade Europe. While he was away, French armies attacked Lisbon.

Brazil declared its independence once the Independence War was over, and the country became the Empire of Brazil in 1822, ending its status as a Portuguese colony. Pedro I, held the throne until 1831, and then gave up to Pedro II, his five-year-old son.

Then there was rebellion for many years. Following a military takeover in 1889, Pedro II was exiled and Brazil became a republic. The area was renamed the Federative Republic of Brazil in 1967 after first being called the Republic of the United States of Brazil.

1815– The Prince Regent is appointed by the king to serve as his successor.

1822– On September 22, the newly formed country legally adopts its Declaration of Independence.

Some of the Most Famous and Interesting Facts About Brazil

2. The largest exporter of coffee in the world is Brazil.

5. Five times in all, the Brazilian football team has won the world cup.

7. One of the largest economies in the world is of Brazil.

8. Brazil has the highest concentration of Catholics worldwide.

9. From above, Brasilia, the capital of Brazil, resembles an airplane.

10. Brazil is fifth in the world in terms of both people and area.

11. Rio de Janeiro was previously the capital of Portugal, making it the only capital of a member state of the European Union that was outside of the continent.

12. With the exception of Chile and Ecuador, Brazil has borders with every nation in South America.

13. The only independent nation from South America to deploy soldiers to World War Two was Brazil.

14. Only 43% of adults have completed high school.

15. For each book that a prisoner in Brazil reads, their sentence can be cut by four days.

16. Pico de Neblina, the tallest mountain in Brazil, rises to a height of 2994 meters.

17. Rio de Janeiro was given the wrong name. It actually refers to the January River, although a Portuguese explorer mistakenly assumed it meant “the mouth of a river.”

18. Brazil is said to have the best beach in the world, according to Trip Advisor.

Q. What is the Official Language of Brazil?

Q. When Did Slavery End in Brazil?

Q. When Did Brazil Get its Independence?