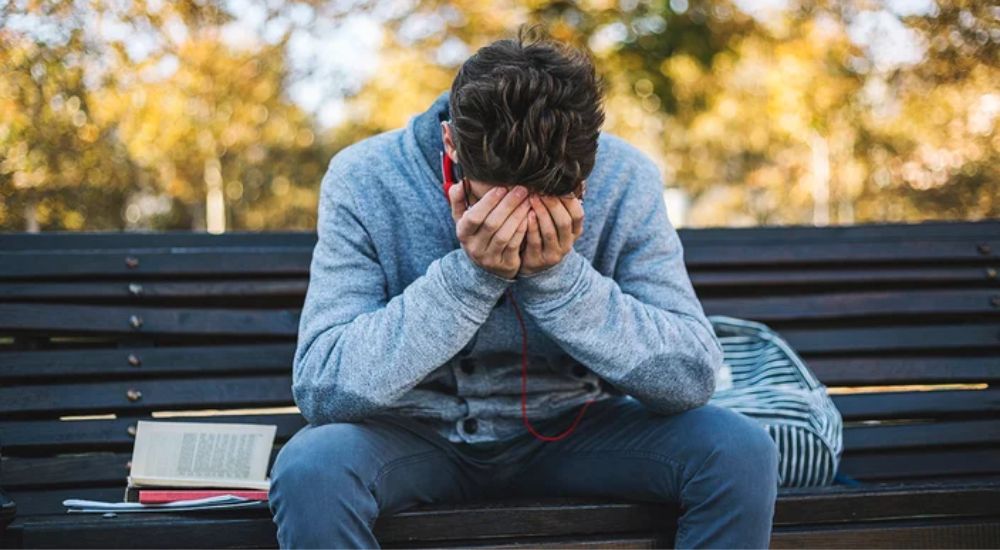 National Grief Awareness Day is celebrated on August 30 every year. We celebrate this day to raise awareness of how to cope with grief, and how to help others cope. Grief is the most common feeling and emotion in this world, whether it’s an animal or a human being.

Grief has been described and treated in a variety of ways throughout human history, and these approaches have evolved greatly through time.

Just like happiness, grief can also come at anytime, especially in this modern-day world, people always see the negative aspects of everything that happened in their life. Apart from negative thinking, overthinking can also cause grieving.

Of Course, sometimes it happens due to personal loss and bereavement, which is not in our control and can happen anytime unexpectedly. In the case of overthinking and negative thinking, we can control our grief by controlling our thoughts through meditation and Yoga.

But in the case of personal loss and bereavement, you can’t control or ignore it easily. Ignoring it is basically like an elephant in the room. The only thing you can do is suffer from it but not alone, try to share your feeling or thoughts with your friends, families, or anyone, whom you know. Avoiding loneliness is the key part to cope with grief.

One of the most ancient and enduring aspects of the human experience is grief. Even if you haven’t yet, it’s quite likely that you will encounter grief.

Angie Cartwright established National Grief Awareness Day in 2014 in an effort to promote open discussion about loss and bereavement and educate others about the realities of grief.

Grief is understood very differently today than it was 100 years ago, because of our significantly improved physical and mental healthcare.

The topic was hardly ever studied or treated until the 1900s because death and mourning are so common. In 1917, Sigmund Freud, a renowned psychologist stated that “Grieving is a natural process that shouldn’t be interfered with”.

In 1969, Elisabeth Kübler-Ross published her book, “On Death and Dying”. The Kübler-Ross Method, sometimes known as the “Five Stages of Grief”, was described in the book.

This was readily accepted, and for many years, grief was handled in a specific order. In order to further explain the phenomenon, Simon Shimshon Rubin proposed the Two Track Model of Bereavement in 1981.

However, significant progress in comprehending grief as something that defied rigid and chronological description was made only from 1996 to 2006. In the 2000s, a more flexible understanding of grief—particularly as a multifaceted, complex issue—emerged.

We already talked earlier in this post about how we can deal with grief if we are suffering from it. But what to do, if someone you know is suffering from it? Supporting and helping them, especially on August 30, can be a great way to celebrate this day.

Today is the perfect time to lend a friend an extra shoulder to weep on if they’ve been open with you and revealed a recent experience of loss or sadness.

Share what you’ve learned on social media to help National Grieving Awareness Day fulfill its goal of educating the public about grief. It’s beneficial for you to make room for any kind of response to loss, and it can be just what someone in your social circle needs to see.

Quotes on Grief by Famous Personalities

“Friendship improves happiness and abates misery, by the doubling of our joy and the dividing of our grief.”-Marcus Tullius Cicero

“There is no grief like the grief that does not speak.”–Henry Wadsworth Longfellow

“Grief is like a moving river, so that’s what I mean by it’s always changing. It’s a strange thing to say because I’m at heart an optimistic person, but I would say in some ways it just gets worse. It’s just that the more time that passes, the more you miss someone.”-Michelle Williams

Q. Are There Other National Holidays About Mental Health?

Q. Are There Other Holidays on August 30?