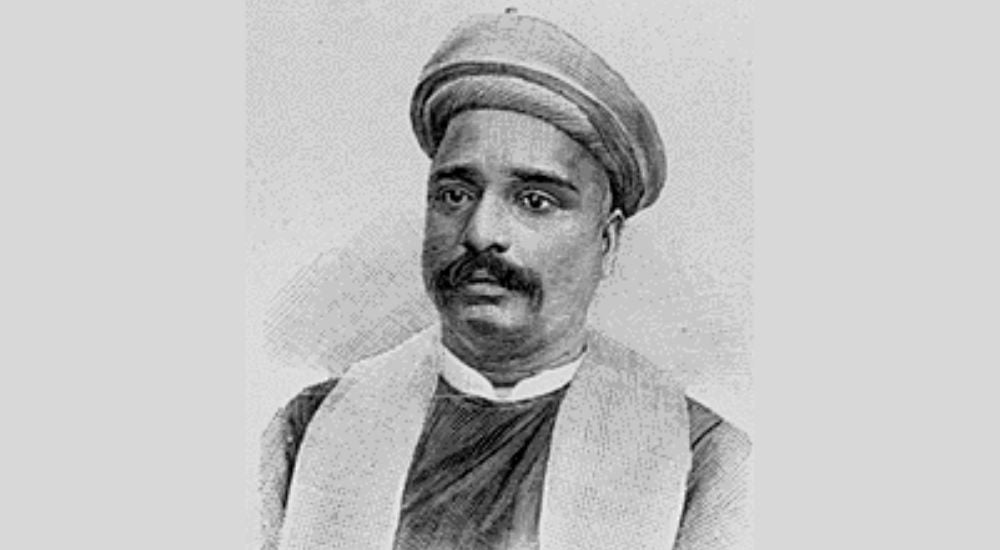 Bal Gangadhar Tilak was a scholar, mathematician, philosopher, and ardent nationalist. He was one of the most important leaders of the Indian Independence Movement. He is also known as ‘the Father of Indian Unrest.’ Mahatma Gandhi called him “The Maker of Modern India”.

His supporters gave him the name “Lokmanya,” which means “one who is revered by the people,” after the British Government referred to him as the “Father of Indian Unrest”. He was a key figure in the development of contemporary India and was undoubtedly one of the most ardent supporters of Swaraj or the self-rule of India.

During India’s struggle for freedom, his well-known proclamation that “Swaraj is my birthright, and I shall have it” served as an example for upcoming revolutionaries. Tilak, a smart politician, and a deep thinker believed that independence is the foremost necessity for the well-being of a nation.

Bal Gangadhar Tilak was born on July 22, 1856, into a cultured middle-class Brahman family. Although he was born in Mumbai (then Bombay) but raised in a village along the Arabian Sea coast in what is now Maharashtra state until the age of 10.

His father, Gangadhar Tilak was an educator and noted grammarian at Ratnagiri, who died when Tilak was just 16 years old. At the age of 16, he married Tapibai (Née Bal), a few months before his father’s death in 1871. Tapibai’s name was changed to Satyabhamabai after her marriage.

The young Tilak was very good at his studies. He had always been honest, truthful, and straightforward in nature. He was intolerant of injustice and developed his own beliefs at a very young age. Tilak completed his education at Deccan College in Poona, where he got his bachelor’s degrees in mathematics and Sanskrit in 1876.

In the midway of his M.A. course, he left to join the L.L.B course instead and obtained his L.L.B degree from Government Law College in 1879. Tilak started working as an English and Maths teacher in a private school in Pune after graduation. His political career started at the school.

Tilak vigorously criticized the educational system used by the British in India despite being among India’s first generation of youths to acquire a modern college education. He protested against the unequal treatment of the Indian students compared to their British peers and its total disregard for India’s cultural heritage.

According to him, Indians were dreadfully unaware of their own history and that education was completely inadequate for them. In order to encourage nationalist education among Indian students, he founded the Deccan Educational Society with his college classmates Gopal Ganesh Agarkar and Vishnu Shastry Chiplunkar.

After founding the Deccan Education Society in 1884, which sought to educate the masses, especially in the English language, he transformed the institution into a university college; he and his associates believed that English was a potent force for the dissemination of liberal and democratic ideals.

Tilak expected the life members of the society to follow an ideal of selfless service, but he resigned after learning that some members were keeping outside earnings for themselves. Later, he became a journalist and actively participated in public affairs. He stated: “Religion and everyday life are not different”.

He then focused on raising the public’s political awareness through two weekly papers he owned and edited: Kesari (“The Lion”), published in Marathi, and the Mahratta published in English. Tilak gained widespread recognition for his bitter criticisms of British rule and those moderate nationalists who campaigned for social reforms following Western lines and political reforms along constitutional lines.

Throughout his long political career, Tilak fought for Indian independence from British colonial rule. He was the most well-known Indian political figure before Gandhiji. Tilak was considered a radical nationalist but a social conservative, in contrast to his fellow Maharashtrian contemporary, Gokhale.

He spent a significant amount of time behind bars. At one point in his political career, British author Sir Valentine Chirol referred to him as “the father of Indian unrest.”

In 1890, Tilak became a member of the Indian National Congress Party. Soon after joining, he began expressing his strong opposition to the party’s moderate ideas on self-rule. He argued, that the British could not be defeated by basic constitutional agitation.

As a result, he decided to challenge popular Congress leader Gopal Krishna Gokhale. He didn’t want to kick out the Britishers by waiting for long years or following Modernists’ approach of going against the British peacefully, he wanted an armed revolt to broom away the British.

Tilak wholeheartedly backed the Swadeshi (Indigenous) movement and the boycott of British products after Lord Curzon divided Bengal. However, his strategies also sparked bitter debates inside the Indian National Congress (INC) and the movement itself. Tilak and his supporters became recognized as the extremist wing of the Indian National Congress Party as a result of this fundamental difference in viewpoint.

Massive trouble broke out between the moderate and extremist sections of the INC in the 1907 national session of the Indian National Congress, due to which, the Congress split into the moderate faction, and the radicals faction led by Lal-Bal-Pal. Nationalists like V. O. Chidambaram Pillai, and Aurobindo Ghose, were Tilak supporters.

When asked in Calcutta whether he imagined a Maratha-style government for independent India, Tilak responded that the Maratha-dominated governments of the 17th and 18th centuries were obsolete in the 20th century and that he desired a true federal system for Free India where everyone was an equal partner.

The freedom of India could only be protected by such a kind of governance, he said. He was the first member of Congress to advocate for the adoption of Hindi written in the Devanagari script as India’s single national language.

Why Bal Gangadhar Tilak was Imprisoned for 6 years?

In 1896, an epidemic of bubonic plague broke out in Pune, and the British took very stringent measures to contain it. Under the orders of Commissioner W. C. Rand, the police and the army broke into people’s homes, violated their right to privacy, set fire to their possessions, and made it difficult for people to enter and exit the city.

Tilak got angry and protested against the oppressive nature of the British efforts by publishing provocative articles about this incident in his newspaper. After reading the articles, the Chapekar brothers got motivated to assassinate Commissioner Rand and Lt. Ayerst on June 22, 1897.

Tilak was consequently sentenced to 18 months in prison on sedition charges for encouraging murder. Two Bengali youths named Prafulla Chaki and Khudiram Bose accidentally killed two women who were riding in the carriage on April 30, 1908, while attempting to kill Chief Presidency Magistrate Douglas Kingsford of renown from Calcutta.

He was quickly accused of sedition by the government. A special jury found him guilty by a vote of 7:2 after the trial was over. When the judge asked him whether he had anything to say, Tilak Said:

“All that I wish to say is that, in spite of the verdict of the jury, I still maintain that I am innocent. There are higher powers that rule the destinies of men and nations; and I think, it may be the will of Providence that the cause I represent may be benefited more by my suffering than by my pen and tongue.”

Bal Gangadhar Tilak endured six years of severe incarceration in Mandalay Jail, Burma, from 1908 to 1914. He continued to write during his years in prison, with Gita Rahasya being his most well-known work. The British authorities attempted to restrict the distribution of his journals due to his growing fame and popularity. While he was getting weak day by day in Mandalay prison, his wife passed away in Pune.

Tilak chose to commit himself to the greater cause of national awakening after completing his education instead of accepting the lucrative offers of government jobs. He was a remarkable reformer who spent his entire life fighting for the rights of women to education and empowerment.

Tilak educated all of his daughters and waited until they were at least 16 years old to marry them. Ganesh Chaturthi and Shivaji Jayanti’s grand celebrations were Tilak’s ideas. He believed that by celebrating these occasions, Indians would become more united and patriotic.

It is a deep shame that Tilak and his contributions did not receive the credit they truly deserved because of his loyalty to extremism.

There was an exceptional amount of joyous celebration following Tilak’s release in 1915 when India’s political situation was rapidly changing in the shadow of World War I. He then returned to politics with a more mature viewpoint. Although he returned to the Indian National Congress but was unable to mediate a compromise between the two diametrically opposed factions.

Tilak founded the All India Home Rule League in 1916 alongside Joseph Baptista, Annie Besant, and Muhammad Ali Jinnah after deciding to reunite with his fellow nationalists. Tilak walked from village to village seeking support from villagers and farmers to join the self-rule movement. The league had 1400 members by April 1916; by April 1917, that number had risen to 32,000.

In the states of Maharashtra, the Central Provinces, Karnataka, and the Berar region, Tilak established his Home Rule League. In the remaining portion of India, Besant’s League was active.

Bal Gangadhar Tilak published two newspapers, “Mahratta” (English) and “Kesari,” in order to forward his patriotic objectives (Marathi). Both journals focused heavily on educating Indians about their illustrious past and inspiring the people to be independent. In other terms, the newspaper promoted national freedom vigorously.

The British administration stated that there was no need for concern in 1896 when the entire country was engulfed in starvation and pestilence. The necessity to establish a “Famine Relief Fund” was also rejected by the government.

Both newspapers published harsh criticism of the government’s attitude. Tilak bravely reported on the devastation brought on by starvation and plague as well as the government’s complete irresponsibility and disinterest.

How did Bal Gangadhar Tilak Die?

Tilak’s health started declining after he learned about the horrible Jalianwala Bagh massacre incident. Despite his illness, Tilak urged the Indians to continue the movement regardless of what happened.

He was eager to lead the movement, but his health prevented him from doing so. Tilak had developed diabetes and was now quite frail. His illness deteriorated in the middle of July 1920, and he passed away on August 1.

Ans: “Swaraj is my birth-right and I shall have it”

Q. When was Tilak born?

Q. What was Tilak’s mission in life?

Ans: Tilak was the first leader of the Indian independence movement. His mission was to free India from British rulers.