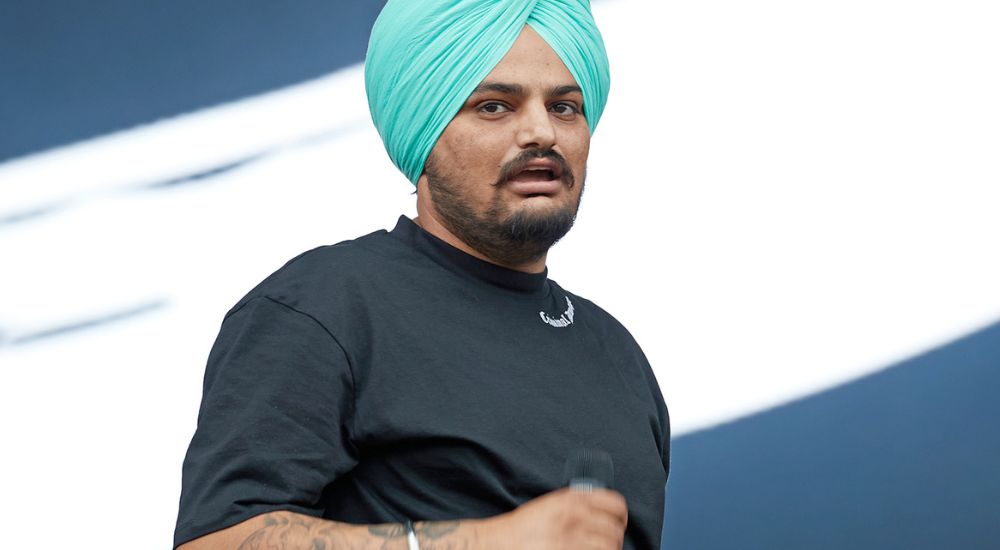 Shubhdeep Singh Sidhu, popularly known as Sidhu Moose Wala was an Indian Singer, Actor, rapper, and politician associated with Punjabi music and Punjabi cinema. Initially, he started his career as a songwriter, and became a full-time singer after his debut on a duet song titled “G Wagon”.

With his song “So High,” Moose Wala gained a lot of popularity. His track “47” reached number 47 on the UK Singles Chart in 2019. Ten of his songs have reached the top of the UK Asian chart, with two of them reaching number one. The Guardian named Moose Wala among 50 up-and-coming artists.

Sidhu Moose Wala, Aka Shubhdeep Singh Sidhu, was born on June 11, 1993, in a Sikh Family, in the Mansa district of Punjab, India. He studied electrical engineering at Guru Nanak Dev Engineering College in Ludhiana and graduated in 2016.

For further studies, he moved to Canada. Moose Wala was a great fan of the famous rapper, Tupac Shakur. Shakur inspired and influenced him a lot.

Moose Wala had a keen interest in music from his childhood. He started listening, learning, and following Hip Hop Music, when he was just in 6th grade, and learned musical skills from Harvinder Bittu. He chose “Moose Wala” for his stage name as a tribute to his home village of Moosa in the Mansa district of Punjab.

In 2015, During Graduation, Moose Wala approached a popular Punjabi lyricist for a song, but the writer denied giving him a song. Moose Wala then decided to write his own lyrics instead of facing rejection from others.

Moose Wala vigorously campaigned for his mother, who won the sarpanch election in the village of Moosa, in December 2018. On December 3, 2018, he started his career in Politics by joining the Indian National Congress party.

In 2022, he contested the Punjab Legislative Assembly Election but lost to Vijay Singla, a candidate of the Aam Aadmi Party.

Before becoming a full-time singer, Moose Wala worked as a lyrics writer. Initially, when he tried to make music by collaborating with famous lyricists, he got only rejections from everywhere. So, he decided to become an independent artist and write the lyrics for his songs by himself.

In 2016, he started his career as a lyrics writer and worked with Popular Punjabi singers- Elly Mangat, Deep Jandu, and Karan Aujla. After completing his college studies, Moose Wala shifted to Canada. During his stay in Canada, he released his first song “G Wagon” but didn’t get a good response.

In 2017, Moose Wala got his breakthrough in Music Industry after releasing the song “So High”, a gangster rap collaboration with Byg Byrd. The same year, he won his first award as the Best Lyricist at the Brit Asia TV Music Awards.

In 2018, Sidhu started performing live shows in Canada as well as in India. After becoming popular with the song “So High”, Sidhu continued releasing his singles like “Selfmade”, “Issa Jatt”, “Famous” “Tochan”, and “Warning Shots”. For the song “Isa Jaat”, he was nominated for the Best New Age Sensation award at PTC Punjabi Music Awards in 2018.

In August 2018, Moose Wala made his first song titled “Dollar”, for the movie Dakuaan Da Munda. In the same year in October, he launched his first album PBX 1 in the pop music genre with a touch of hip-hop.

He won the Best Album Award in 2019 at the Brit Asia TV Music Awards for the album PBX 1. The album is also charted on the Canadian Albums Chart. To poke his haters, Moose Wala released the song “Just Listen” in 2018.

In 2019, he released many songs under his name record label, like Sidhu’s Anthem, Poison, Mafia-style, Homicide, and Sohne Lagde. In support of the farmer’s protest against the 2020 Indian agriculture Act, Moose Wala released the single “Panjab: My Motherland”.

Karan Aujla was one of the closest friends of Sidhu Moose Wala, but a rivalry started between them when Karan leaked Sidhu’s songs before their official announcement. Both of them started giving replies to each other through their songs. In 2018, Karan Aujla released the diss tracks “Up and Down” and “Lafaafe” to defame Moose Wala. In response to Karan’s Song, Moose Wala released his diss track “Warning Shots”.

Professor Dhanevar filed a complaint against Shidhu’s mother to the director of the Rural Development & Panchayats Department. In the complaint, Dhanevar mentioned the provocative songs sung by Charan Kaur’s son (Sidhu’s Mother). However, Sidhu’s mother wrote an apology letter to Dhanevar and said that her son would not sing any provocative or inappropriate songs in the future.

On May 29, 2022, Sidhu Moose Wala was shot dead in his Thar jeep in Jawaharke village of Mansa district, by unidentified assailants. According to the police, he was killed by a gang.

That day, at around 4:30 pm, Moose Wala was going to meet his relatives with his cousin Gurpreet Singh and neighbour Gurwinder Singh.

Moose Wala was going with his black Mahindra Thar SUV, and his father was driving behind his car. At 5:30, when he reached his village Jawaharke, two unknown cars came and blocked his Thar.

During this incident, two other men tried to help him but failed, the assailants fired 30 rounds at his car. Moose Wala counter-attacked with his pistol on the attackers but all went in vain.

Soon after the incident, Moose Wala’s Father took him to the hospital but unfortunately, doctors declared him dead. According to his friends, he didn’t take security along with him as Thar’s SUV could not accommodate 5 people.

According to the police, Moose Wala was killed to avenge the murderer of an Akali leader, Vicky Middukhera in 2021. Soon after the incident went viral on social media, Satinder Singh Goldy Brar, a Canadian gangster of Punjabi origin took the responsibility for the murder.

Ans: No, he wasn’t a Canadian Citizen.

Ans: Yes, he was a Punjabi rapper.

Ans: In 2020, he got engaged to a Canadian permanent resident girl, Amandeep Kaur.