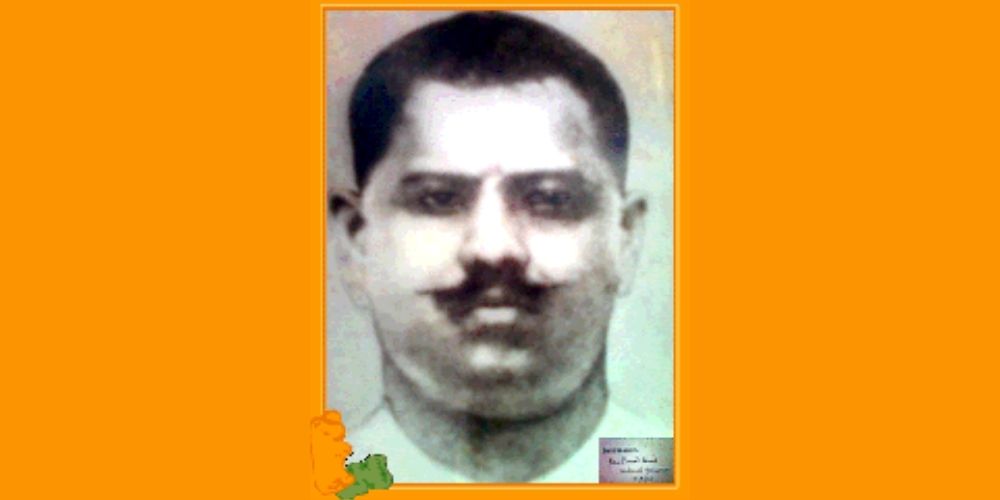 Ram Prasad Bismil was a great writer, an Indian Poet, and a revolutionary with a desire for freedom in every inch of his body. He is one of the famous freedom fighters who participated in the Mainpuri Conspiracy of 1918, and the Kakori Conspiracy of 1925, and fought against British Raj.

Bismil is among the most notable revolutionaries who made it possible for us to breathe the air of freedom after struggling for centuries against the Britishers. Through the powerful patriotic poems of Ram Prasad Bismil, a feeling of Patriotism sparked inside many Indians.

Ram Prasad Bismil was born on June 11, 1897, in a Brahmin family. He learned Hindi from his father at home and Urdu from a Moulvi.

Bismil loved the language so much that he started reading Urdu novels. Despite his father’s disapproval, he was admitted to an English-language school after he failed twice in the 7th standard of Urdu.

At a very young age, Bismil joined the Arya Samaj founded by Dayananda Saraswati. This influenced him so much that he vowed to remain celibate all his life. He also joined a revolutionary group led by Pandit Genda Lal Dixitat when he was just 19 years old.

At the age of 18, The Patriotic felling first came inside Bismil when he read of the death sentence passed on Bhai Parmanand, a prominent Hindu Mahasabha leader. At that time, he was daily visiting the Arya Samaj Temple at Shahjahanpur, where Parmanand’s friend, Swami Somdev was staying.

When Bismil Showed his poem to Swami Somdev, he said “Ram Prasad! I know that you are very much hurt by heart and accordingly you have chosen your pen name as ‘Bismil’. Your poem is also full of patriotic feelings and your views are very clear but, my dear child! it is not so easy to fulfill the commitment until a solid determination does not sustain in your heart and mind.”

Despite Swami’s arguments and counter-arguments, Bismil remained committed to his promise. Swami Somdev advised him to prepare politically and go to Lucknow to participate actively in the upcoming Indian National Congress in 1916 when he saw a burning flame of revolution in his eyes.

Bismil remained underground from 1919 to 1920 in Rampur Jagir/Jahangir village. He wrote several books while underground, including Man Ki Lahar, Bolshevikon Ki Kartoot, a collection of poems, a revolutionary novel, Yogik Sadhan, a yoga booklet defining how to create a firm resolve in one’s mind, and Catherine or Swadhinta Ki Devi, a consigned autobiography of Catherine, the Russian Revolution’s grandmother.

From a very young age, Bismil was a prolific writer. He composed many patriotic poems in his life. With a few excerpts from the poems of Ram Prasad Bismil, let us celebrate his birthday, who gave his life for India’s independence.

1. The Desire for Sacrifice

A Famous poem of Ram Prasad Bismil Among his Writings.

One of the most famous poems written by Ram Prasad Bismil is “Sarfaroshi ki Tamanna”. It is considered a patriotic poem that expresses Bismil’s desire for Indian independence and his willingness to sacrifice his life for the cause.

The poem was written while he was in prison and awaiting execution for his role in the Kakori train robbery. It contains lines like “We shall behold when the service is done, the day of freedom and deliverance” and “The desire burning in my heart, to sacrifice my life for my country, has made me forgetful of fear” which express his desire for freedom, his willingness to sacrifice his life and his optimistic hopes for the future of the country.

In the poem, Bismil is also paying tribute to the young men who had laid down their lives for the country and hoped for the freedom of the nation. The poem is considered a tribute to the revolutionary spirit of his time and continues to be widely popular and widely recited today.

Legendary Bismil is an inspiration to generations for his supreme sacrifices. Poems of Ram Prasad Bismil are deeply patriotic and capable to infuse the spirit of patriotism in countrymen. It was his writings that revolutionized the entire concept of freedom from foreign powers.

Bismil has similar prominence to Chandrashekhar Azad, Bhagat Singh, Sukhdev, Ashfaqulla Khan, Rajguru, etc when it comes to citing the name of freedom fighters. His strategy to fuel the freedom revolution by way of looting the British still scares the generations of colonial rulers. Let India not meet an unfortunate control of foreigners but if an identity crisis like the past occurs, the countrymen wish the Bismil to be reborn.

Ram Prasad Bismil was an Indian freedom fighter and revolutionary who was actively involved in the Indian independence movement against British colonial rule. At a very young age, he joined the Hindustan Republican Association (HRA), a revolutionary organization that sought to overthrow British colonial rule in India. The HRA later became the Hindustan Socialist Republican Association (HSRA).

Bismil played a key role in the Kakori train robbery of 1925, in which the HRA/HSRA and its members successfully robbed a train carrying British government money. The robbery was planned as a means of raising funds for the organization’s revolutionary activities and disrupting the British government’s financial operations in India. The incident caused a sensation and brought national attention to the HRA/HSRA and the Indian independence movement.

Bismil and other members of the HRA/HSRA were arrested and charged with conspiracy and murder in connection with the Kakori train robbery. Bismil was subjected to torture while in custody but remained steadfast and did not reveal any information about the organization. He was sentenced to death and hanged on December 19, 1927, in Gorakhpur jail.

Bismil’s death in particular and the Kakori trial had a great impact on the Indian freedom struggle. Many view him as a martyr and hero who made significant sacrifices for the cause of Indian independence. His life and actions have been depicted in various forms of literature, poetry, and songs, and are taught in Indian schools as a source of inspiration for the younger generations.

Q. Who is the father of Ram Prasad Bismil?

Ans: Murlidhar is the name of Bismil’s father who used to work in Shahjahanpur Municipality

Ans: On December 19th, 1927, Bismil was hanged to death. He was sentenced to death by the British forces over the Kakori Conspiracy.

Ans: For the Kakori Train Robbery on August 9th, 1925, Bismil was sentenced to death by the British Forces.

Q. What is the slogan of Ram Prasad Bismil?

Ans: Bismil Azimabadi is the poet of Sarfaroshi ki Tamanna.