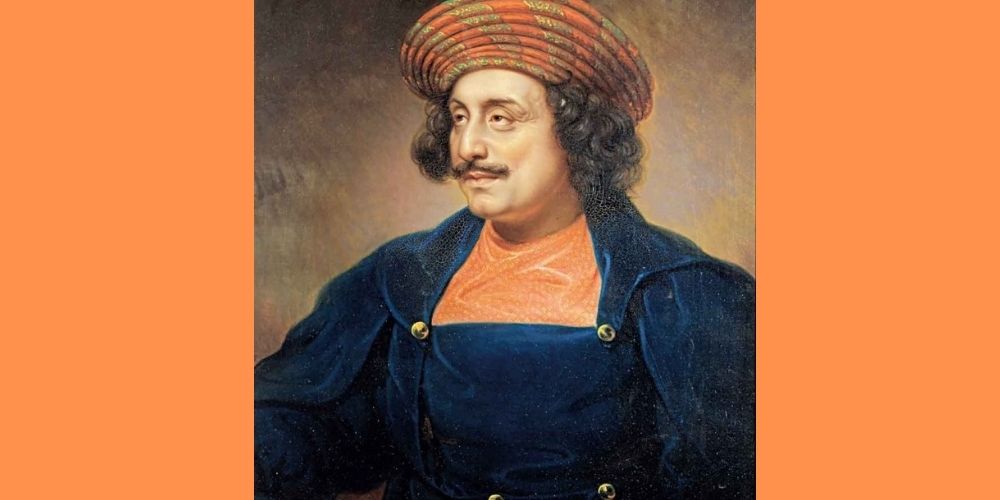 Ram Mohan Roy was an Indian reformer, who brought remarkable reforms in the 18th and 19th centuries in India. Sometimes, he is called the father of modern India.

The abolition of the brutal and inhuman Sati Pratha is one of the most prominent efforts among his works. The eradication of the purdah system and child marriage is also a result of his hard efforts.

The Mughal emperor Akbar II bestowed the title of Raja upon him. In 1828, he formed the Brahmo Samaj, a social-religious reform movement in the Indian subcontinent.

His influence was apparent in the fields of education, politics, religion, and public administration. In 1833, while living in Bristol, England, he died of meningitis.

Raja Ram Mohan Roy was born at Radhanagar, Hooghly District, Bengal Presidency, on August 14, 1774. Ramakanta Roy, his father, was a wealthy Brahmin and a devout follower of religious duties.

At the early age of 14, Ram Mohan developed a desire to become a monk, but his mother, Tarini Devi strongly opposed the idea.

Ram Mohan got married when he was just 9 years old but his first wife died soon after the marriage. At the age of ten, he married for the second time and had two kids. After his second wife died in 1826, he married again.

Although Ram Mohan’s father was orthodox (strict religious beliefs) but wanted his son to pursue higher education. He studied Sanskrit and Bengali language from the village School.

Post completing his studies in Patna, he went to Benares (Kashi) to master the Sanskrit language. In no time, he mastered the language and started studying scriptures, including the Vedas and Upanishads.

He also learned the English language and read the works of philosophers like Euclid and Aristotle which influenced his spiritual and religious beliefs.

Ram Mohan supported himself by lending money and managing his small estates. After completing his studies, he started working for the East India Company as a clerk.

He worked in the Collectorate of Rangpur, under Mr. John Digby. Later, he was promoted to the post of Dewan (a native officer in charge of revenue collection).

During the late 18th century, the society in Bengal was burdened with a host of evil customs and regulations. Extensive rituals and strict moral codes were imposed, many of which were largely modified, and ancient traditions were misinterpreted. Women in society were affected by the practices like child marriage (Gouridaan), polygamy, and Sati.

Among these rituals, the Sati Pratha was the cruelest and most brutal. The custom involved the self-immolation of widows at their husband’s funeral pyre.

The custom in its original form had to give choice to the women to do so but gradually it became a mandatory thing, especially for Brahmin and higher caste families.

Young girls were married to much older men in exchange for a dowry so that the men might reap the karmic benefits of their wives’ sacrifice as Sati. Women were frequently compelled or even drugged to comply with such abuse because they did not volunteer for it.

Raja Ram Mohan Roy was frustrated with this cruel and brutal ritual, so he raised his voice against it. His calm perseverance and passionate argument eventually reached Governor-General Lord William Bentinck. Lord Bentinck sympathized with Roy’s feelings and intentions.

The Bengal Sati Regulation or Regulation XVII, A. D. 1829 of the Bengal Code was passed, despite widespread opposition from the orthodox religious community. The act made it illegal to practice Sati Daha in Bengal Province, and anyone caught doing so would be prosecuted.

Raja Ram Mohan Roy’s name is thus etched forever as a true benefactor of women, not only for helping to abolish the Sati Pratha but also for speaking out against child marriage and polygamy and seeking equal inheritance rights for women. He was also a fierce critic of the traditional caste barriers of his time.

Raja Ram Mohan Roy completed his Primary education in Sanskrit and the Persian language. He learned English much later in life in order to get better job opportunities with the British. He was an avid reader who devoured English literature and journals, extracting as much knowledge as he could.

Roy realized that while traditional texts like the Vedas, Upanishads, and Quran, provided him with much reverence for Philosophy, his knowledge of Science and logic was lacking.

He argued for the establishment of an English Education System in the country, which would teach scientific subjects like physics, mathematics, chemistry, and even botany.

In 1817, Mohan Roy established a Hindu college along with David Hare to revolutionize the Indian education system. Later, Hindu college was one of the top educational institutions in India.

In 1822, he founded the Anglo-Vedic School, followed by the Vedanta College in 1826, in order to combine traditional theological doctrines with modern rational lessons.

Raja Ram Mohan Roy was a staunch opponent of unnecessary ceremonialism and the idolatry advocated by priests.

He had studied so many religious scriptures from different religions and advocated the fact that Hindu Scriptures like the Upanishads upheld the concept of monotheism. This sparked his ambition for a religious revolution that would bring the old Vedic books’ beliefs to their original form.

In 1928, he formed the Atmiya Sabha, and the inaugural assembly of this newfound religion took place on August 20 of that year. The Atmiya Sabha reorganized itself into the Brahma Sabha, a precursor organization of the Brahmo Samaj. Monotheism, independence from the scriptures, and rejection of the caste system were the main facets of this new movement.

Hindu ceremonialism was taken from Brahmo’s religious activities and was replaced with Christian or Islamic prayer traditions. With time, the Brahma Samaj grew into a powerful progressive force in Bengal, pushing for social reforms, particularly in women’s education.

Ram Mohan Roy was a firm believer in freedom of speech and expression. He fought for the rights of the vernacular press. He also published the Persian newspaper ‘Miratul- Akhbar’ (the Mirror of News) and the Bengali monthly ‘Sambad Kaumudi’ (the Moon of Intelligence).

Back then, News and articles had to be approved by the government before being published. Ram Mohan said that publications should be free and that the truth should not be censored merely because the government did not like it.

In 1830, Ram Mohan traveled to England to ask the Imperial Government to raise the Mughal Emperor’s sovereignty and to ensure that Lord Bentick’s Sati Act would not be revoked.

Raja Ram Mohan Roy died of meningitis in Stapleton in Bristol on September 27, 1833, while on a visit to the United Kingdom.

He was buried at the Arnos Vale Cemetery in Bristol. In honour of Raja Ram Mohan Roy, the British government recently named a roadway in Bristol ‘Raja Rammohan Way.’