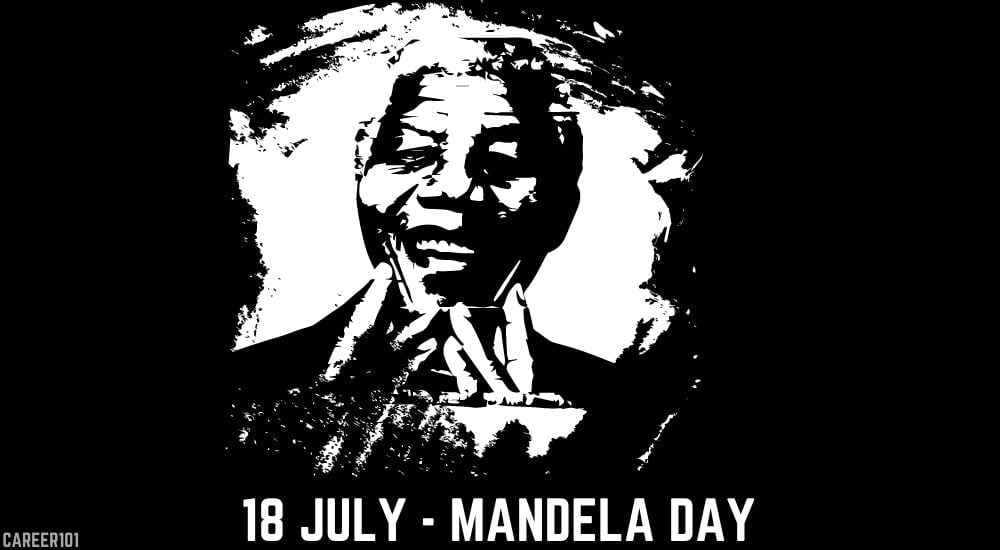 Nelson Mandela International Day is an annual event observed on July 18 around the world. This day is celebrated every year to remember the birth anniversary of Nelson Mandela. Also, this day provides us with a way to honour the contribution of Nelson Rolihlahla Mandela.

Nelson Rolihlahla Mandela was born on 18 July 1918 in Transkei, South Africa. Mandela was educated at the University College of Fort Hare and the University of Witwatersrand where he studied law. He was a great politician, revolutionary, and philanthropist.

Nelson Mandela International Day often known as Mandela Day is an annual event observed on July 18 around the world. This day is celebrated every year to remember the birth anniversary of Nelson Mandela. The day was officially declared by the UN (United Nations) in November 2009.

Also, the day marks the contributions of revolutionary Nelson Mandela to the culture of peace, conflict resolution, democracy, human rights, and reconciliation. The first Mandela Day was held on 18 July 2010. Although, other groups began observing Mandela Day on 18 July 2009.

The origin of the day came from Mr Nelson Mandela himself. On his 90th birthday, Mandela said “It is time for new hands to lift the burden”. Since 2010, this day has been celebrated as the birthday of the inspirational personality, Nelson Rolihlahla Mandela.

The first Mandela Day was launched in New York on July 18, 2009. The United Nations General Assembly (UNGA) adopted a resolution declaring July 18th as Nelson Mandela International day in 2009. It was first celebrated in 2010 to shine a light on the legacy of Nelson Mandela.

The United Nations established Mandela day because this day plays a significant role in honouring Mr Mandela, the former South African President. Also, this day highlights the legacy of Nelson Mandela. This day is also known as ‘46664’ and was originally launched to generate awareness about HIV/AIDS.

Nelson Mandela devoted his life to the service of humanity; as a human rights lawyer, a prisoner of conscience, an international peacemaker and the first democratically elected president of a free South Africa.

How Do We Celebrate Nelson Mandela International Day?

Mandela Day is celebrated across the world by organizing several events, conferences, and concerts as well as through fundraising, and art exhibitions. Some organisations work against the abuse of women, genocide, and crime to bring awareness to the general people.

This day also celebrates a campaign known as “46664”, about Nelson Mandela’s Robben Island prison number. The campaign was originally launched to create awareness about HIV/AIDS. In 1995 and 1999 Children’s Fund and the Nelson Mandela Foundation were established respectively.

(I) “Many people in this country have paid the price before me and many will pay the price after me.”
(II) “Real leaders must be ready to sacrifice all for the freedom of their people.”
(III) “Education is the most powerful weapon which you can use to change the world.”
(IV) “It is easy to break down and destroy. The heroes are those who make peace and build.”
(V) “Do not judge me by my successes, judge me by how many times I fell down and got back up again.”

(VI) “Everyone can rise above their circumstances and achieve success if they are dedicated to and passionate about what they do.”
(VII) “We must use time wisely and forever realize that the time is always ripe to do right.”
(VIII) “There is no passion to be found playing small in settling for a life that is less than the one you are capable of living.”
(IX) “Money won’t create success, the freedom to make it will.”
(X) “As I have said, the first thing is, to be honest with yourself. You can never have an impact on society if you have not changed yourself.”

(XI) “For to be free is not merely to cast off one’s chains, but to live in a way that respects and enhances the freedom of others.”
(XII) “It is in the character of growth that we should learn from both pleasant and unpleasant experiences.”
(XIII) “It always seems impossible until it’s done.”
(XIV) “I like friends who have independent minds because they tend to make you see problems from all angles.”
(V) “I learned that courage was not the absence of fear, but the triumph over it. The brave man is not he who does not feel afraid, but he who conquers that fear.”

Q. Why is the 18th of July called Mandela Day?

Ans: Nelson Mandela International Day often known as Mandela Day is an annual event observed on July 18 around the world.

Q. What was the theme of the Nelson Mandela International Day 2021?

Ans: “One Hand Can Feed Another” Was the theme of Mandela day 2021.