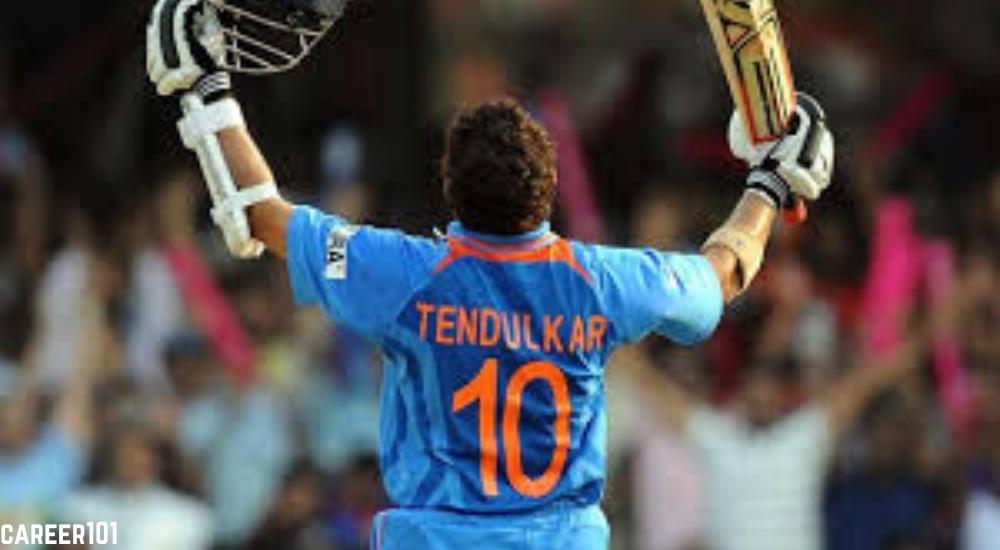 If you are a cricket lover and have somehow missed Master Blaster’s Sachin Tendulkar legendary performance in cricket, then there is nothing more than terrible you can do. Sachin is a name no one is unheard of, and he is one of the greatest players the cricketing world has ever produced and is also regarded as the God of cricket. Sachin Ramesh Tendulkar, popularly known as Sachin Tendulkar, born 24 April 1973, is an Indian former international cricketer who also captained the Indian national team.

Tendulkar was born on 24 April 1973 at Nirmal Nursing Home in Dadar, Bombay, to a Rajapur Saraswat Brahmin Maharashtrian family. His father’s name was Ramesh Tendulkar, a well-known Marathi novelist & poet, and his mother was Rajni, who worked in the insurance industry. Tendulkar was named Sachin after his father Ramesh’s favorite music director, Sachin Dev Burman. Sachin has three elder siblings, two half-brothers, Nitin and Ajit, and a half-sister Savita. They were born to his father’s first wife, who died after the birth of her third child.

Sachin, in his childhood, was fascinated by tennis and idolized American Tennis superstar John McEnroe. And it was his brother Ajit Tendulkar who noticed the booming cricket talent within Sachin and introduced him to cricket coach Ramakant Achrekar. In the first meeting with Achrekar, Sachin couldn’t perform well, but his brother Ajit told the coach that he felt self-conscious from his presence. Ajit requested the coach sir to give him another chance while observing secretly such that he could get free and show his talent. This time Sachin played much better, and the rest is history.

On returning to a tour, Sachin met Anjali first time at the Mumbai international airport. He fell in love with Anjali at first sight. Tendulkar got to meet her again with the help of a familiar friend and started dating. After five long years of dating, the couple finally married on 24 May 1995. Anjali is the daughter of industrialists Anand Mehta and Annabel Mehta. She is a pediatrician and six years older than Sachin Tendulkar. Sachin has always acknowledged Anjali’s supportive nature and sacrifices. He always praises Anjali for her philanthropic work as she worked with her mother’s NGO.

The Duo has two children, one daughter and a son. The daughter is Sara Tendulkar, born on 12 October 1997, and the son is Arjun Tendulkar, accepted on 24 September 1999. Sara is the elder child of Sachin and Anjali, and Arjun is Younger one. Sara is a graduate in Medicine from University College London and, identical to her mother and Arjun Tendulkar, is an aspiring cricketer. But unlike his father, he possesses all the qualities of becoming a bowler. Arjun is a left-arm pacer and batsman.

A 14 -years old boy, Sachin Ramesh Tendulkar, was selected to represent Bombay in the Ranji Trophy for the first time on 14 November 1987 for the 1987–88 season. However, he couldn’t take place in playing eleven in any of the matches. On 11 December 1988, a year later, Tendulkar made his debut for Bombay against Gujarat at Wankhede stadium and scored 100 not out in that match, making him the youngest Indian to score a century on debut in first-class cricket.

Tendulkar finished top in the table of highest run-scorer for the Bombay in the 1988–89 Ranji Trophy season. He scored 583 runs at an average of 67.77 and was the eighth-place holder among the ten highest run-scorer. Tendulkar also captained Mumbai against the Rest of the India team in the 1995–96 Irani trophy. He was part of 5 Ranji trophy finals in which Mumbai won 4. Things kept going on and achieving Milestone became breakfast for Sachin Ramesh Tendulkar.

After a dream first-class season in 1987-88 Ranji trophy, Tendulkar was selected for the Indian tour of Pakistan in late 1989. Earlier that year, the Indian selection committee had shown interest in selecting Tendulkar for the West Indies tour. Still, he couldn’t take place in the squad, as he was so young that they did not want him to be exposed to the dominant fast bowlers of the West Indies so early in his career.

Tendulkar made his Test debut against Pakistan in Karachi in November 1989 at 16 years of age. In that match, he scored 15 runs and was bowled by Waqar Younis, who also was a debutant. Sachin didn’t score many runs in that match even though he was noted for handling numerous blows of Pakistani pace attack to his body. He also made his debut in ODI against the same side on 18th December 1989. Sachin represented the India national team for almost 24 years and achieved several Milestones, including the 2011 world cup win.