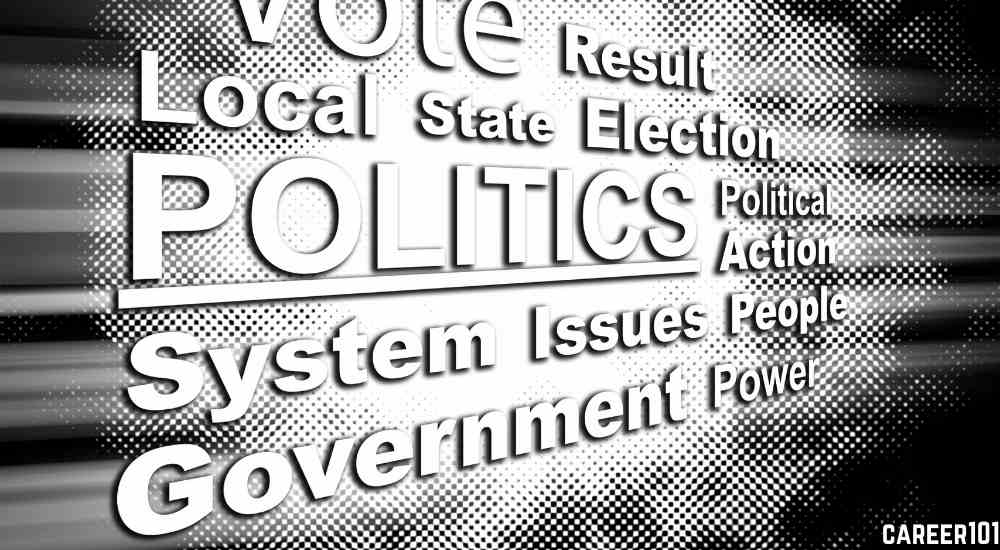 Students who wish to pursue this UG course have to meet the specific eligibility criteria. They must have passed out 12th or any equivalent examination from a recognized board with minimum aggregate of 50% marks. The admission offered to the course is usually based on the Merit obtained by the candidates in their senior secondary examination.

Numerous colleges in India offer this UG Course, and some of the top among them are Hindu College, Hansraj College, Fergusson College and St. Xaviers College. The average annual fee charged by the different institutions ranges from INR 10K to 1 lakh per annum, depending on the authority and reputation of the institution.

The table below presents you with the highlights of the BA Political Science Course. So, Check out below to get the overview of the Bachelor of Arts in Political science Program.

For applying to the BA Political Science course, the students must fulfill the eligibility criteria listed below. But, it should be noted that the criteria for eligibility may differ from institution to institution. So, the aspirants are required to visit the official website of the college/universities they are interested in for admission.

The admission offered to the BA Political Science program is commonly based on the Merit of candidates obtained in their higher secondary examination. The admission process for the program remains the same in most institutions, and below listed are the steps generally followed.

The admission offered to the BA Political Science course is usually based on merit, but some institutions also conduct entrance exams to grant access to the program. A few of the entrance tests for admission into BA political science are listed below.

The BA Political Science course is a three-year program comprising six semesters of study. The curriculum and syllabus of the program are almost similar for all the leading institutions. The table below presents you with a detailed syllabus structure of the course for better knowledge.

Many universities/colleges across the country offer a BA in Political Science course. Listed below are some of the top institutions offering the course.

In recent past years, B.A. Political Science has emerged as a top-rated course among students after the 12th class. Students aspiring to Civil services want to explore the different aspects of political science. With an increase in popularity of the program, the scope is also expected to increase in the coming years.

After graduating with B.A. in Political Science, students can choose to work as professionals in employment areas like Electoral politics and polling, Journalism, Research and teaching, etc. However, most of them prefer to increase their skill set by pursuing further education in their respective field. The options for higher studies are in significant numbers, and one can pursue M.A. in Political Science, MA in International Relations, etc. Besides pursuing the traditional M.A. options, Law can also be an option.

FAQs on Bachelor of Arts in Political Science

Q. What is a BA in political science?

Ans:- Bachelor of Arts in Political science is a three-year bachelor’s degree program in humanity. The program focuses on developing in-demand job skills, such as critical thinking, research, and analytical abilities. These skills help graduates access career opportunities in various fields, including working in politics, the government, and the corporate or nonprofit sector.

Q. Is a BA in political science useful?

Ans:- Yes, political science is a valuable degree because it helps lead the graduates to diverse career opportunities in many sectors, depending on one’s personality, preferences, and other skills. The study of the course also develops a character inside the students that encourages personal growth by enhancing social skills and analytical and critical thinking abilities.

Q. What can I do after BA political science?