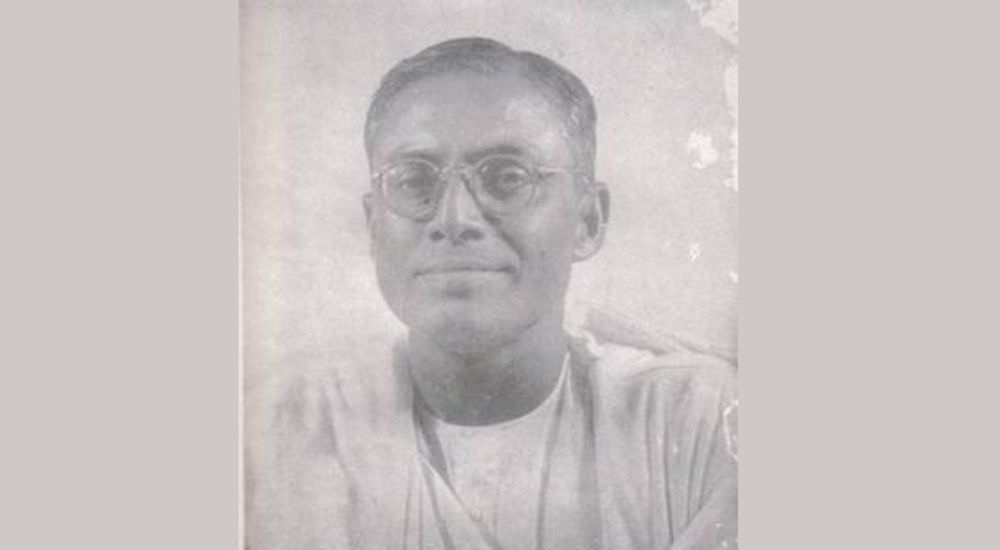 Bhupendra Kumar Datta was an Indian revolutionary and freedom fighter, who fought against the Britishers to free India from their clench.

Along with his other notable accomplishments as a Jugantar leader, while serving a prison sentence in Bilaspur Jail in December 1917, he went on a hunger strike in which he didn’t eat anything for 78 days.

Bhupendra was born on October 8, 1892, to Kailash Chandra Datta and Bimalasundari in Thakurpur village of Jessore, now in Bangladesh.

His father was the manager of the nearby Parchar estates in Faridpur. His mother was a philanthropic-women, who nurtured her children Bhupen, Jadugopal, Kamalini, Suprabha, and Snehalata in a God-loving atmosphere.

One day while reading the Ramayana, young Bhupen discovered that the brave Lakshmana owed his mother to his self-control (brahmacharya).

He decided to follow brahmachari after asking his mother what it meant, which he practiced throughout his life as a bachelor committed to serving other living creatures.

During his school days in Faridpur, Bhupendra joined Anushilan Samiti in 1905 due to its humanitarian works and its anti-partition protest movements.

Bhupen read many books in his lifetime including Bhagavad Gita (the religious book of Hindu Dharm), works by Bankim Chandra Chattopadhyay, and Vivekananda.

After reading Bhagavad Gita, his purpose in life became clear and the path he wanted to follow opened before him.

Early Life and Beginning of His Revolutionary Activities.

In 1911, Bhupen joined the Scottish Church College of Kolkata. He met two important of the Anushilan Samiti of Kolkata, who introduced him to Sachin Sanyal of Benares, who was looking to join a revolutionary organization.

Bhupen was informed of the coming World War before his prior release from the Howrah Trial. Jatindranath Mukherjee, also known as Bagha Jatin, had stopped all violent behavior at this point and was getting ready for an armed uprising over all of India.

Sachin visited the Dhaka Anushilan Samiti, whose leaders refused to take part in Bagha Jatin’s plan, discouraged by the suspension of all revolutionary operations.

In 1913, Bhupen made the decision to travel to Khulna and enroll in the Daulatpur Hindu Academy after being guided by a hazy hint.

Encouraged by the liberal atmosphere permeating the university, Bhupen organized a group of fellow college students engaged in social action, earning money for the needy by providing manual labour, gymnastics, Gita study sessions, and articles by modern intellectuals. They started a hostel on their own.

When he got back to Daulatpur, Bhupen found out via his college friend Gopaldas Majumdar that Bagha Jatin was getting ready to leave his job as a contractor and return to Kolkata.

After paying Bhupen a significant farewell visit, Jatin gave a horse to Dr. Amulya Ukil of the college, presumably for the latter’s use.

As a result of this gift, Bhupen and the other boys were able to take riding lessons. Dr. Ukil began instructing the pupils in military practice, semaphore signalling, weaponry collection, and propaganda among military police and the river workers of the Khulna-Jessore districts with the help of Bhupen.

In March 1915, he successfully completed the Intermediate Examination, earning honours for the calibre of his English and Bengali prose in addition to receiving very high scores.

Datta was accepted into the Sanskrit College of Kolkata and took philosophy classes there as well.

In order to carry on the revolutionary cause after Bagha Jatin’s death in September 1915, Bhupendra Kumar Datta stepped forward.

On May 17, 1917, the British Indian Police imprisoned him; he was eventually released in 1920. Datta met with Mahatma Gandhi at the Indian National Congress Party meeting in Nagpur in order to quicken the pace of the non-cooperation movement.

Later, he went to Puducherry to speak with Sri Aurobindo Ghose about the Jugantar’s potential future.

On September 23, 1923, Datta was once more taken into custody and sent to Mandalay, Burma. Subhash Chandra Bose later joined him and gave him a copy of Kropotkin’s Memoirs of a Revolutionist.

He served as editor of the weekly publication Forward from 1938 to 1941 and 1946 to 1951. Numerous patriots and freedom fighters read the editorials he wrote.

The collection of his works titled “Indian Revolution and the Constructive Programme” was featured with a prologue by Dr. Rajendra Prasad, who later became the first President of independent India.

Dr. Rajendra Prasad, who later became the first President of independent India, provided the prologue to a collection of his works titled “Indian Revolution and the Constructive Programme.”

Ans: He was born on October 8, 1892, in Thakurpur village of Jessore, now in Bangladesh.

Q. When was Jugantar Party established?

Ans: In April 1906, the Jugantar Party was founded.

Beyond Bhupen’s Bio Under Inspiration Reads