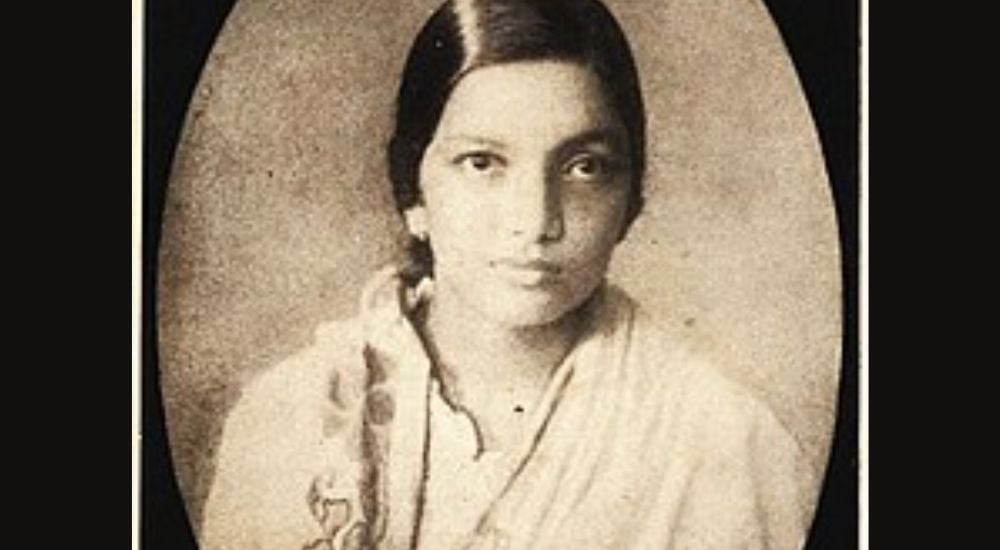 Kalpana Datta was an Indian freedom fighter and revolutionary. She was a member of the armed independence movement led by Surya Sen, which carried out the Chittagong armory raid in 1930. In our patriarchal society, we all are aware of men’s domination.

Everywhere, whatever we see or listen to, mostly it’s about men. Similarly, the struggle for Indian independence has typically been portrayed as being dominated by men. However, that has not always been the case.

In some recent studies, it is found that how many of the women who had been directly involved in the nationalistic revolutionary activities in Bengal, Punjab, and Maharashtra had been inspired by various revolutionary leaders and had played active roles on their own in the past.

A fiery revolutionary of Bengal, Kalpana Datta’s philosophy of life somewhat revolves around the concept of the movie “Catch me if you can”. She was undefeatable and unreachable by everyone. Every time the police attempted to apprehend her, they failed badly.

Sometimes, even after being caught by the police, they have to release her due to a lack of evidence. The Chittagong police worked very hard to find Kalpana during the Indian Independence Movement, but she was cunning enough to escape every time. She continued her anti-British protests without caring too much about the outcome.

The first time the British police attempted to compile a case file on Kalpana, they were unsuccessful because no crime against her had ever been established. In addition, Kalpana Datta was outstanding in science. She was very different from the typical revolutionary archetype.

She was motivated by Kanailal Dutt’s bravery and Khudiram’s sacrifice for his country.

Kalpana Datta was born on July 27, 1913, to a Baidya family in Sripur, a village of Chittagong District in the Bengal Province of British India. Her father Binod Behari Dattagupta was a government employee. In her autobiography, Kalpana described how her family’s life had changed during the Swadeshi movement when households like Preetilata Waddedar’s had adopted the khadi.

She belonged to the middle class, where her family continued to consume imported goods like clothing and other necessities. The seeds of patriotism were sown within her while she was in Chittagong. In 1929, after the matriculation examination in Chittagong, she moved to Calcutta and enrolled in Bethune College to study science. Her life’s two most significant components were the revolution and science.

She soon became a part of the semi-revolutionary Chhatri Sangha (Women Students Association), where she met Preetilata Waddedar and Bina Das. The first time Datta discussed her early aspirations was with Preeti. And, both of them frequently used to debate whether to pursue careers as scientists or become revolutionaries.

In the same year, she met Masterda at late night. She wrote the following about him to describe his personality: “He was a smallish short man, extremely reserved. Nobody would guess that this man was the daring ‘King of Chittagong’. Surya Sen dearly impressed and encouraged the young Kalpana. And it wasn’t long before she began working as an amateur intern for him.

Kalpana Datta joined the Surya Sen’s Indian Republican Army in 1931. A year before, the Chittagong armory raid was carried out on 18 April 1930 by this group. She used to work as a courier agent for the revolutionaries and made bombs.

The same year, she and Pritilata Waddedar were given the assignment to attack a European club in Chittagong. But Kalpana was caught a week prior to the operation while doing a reconnaissance of the area. She disappeared after being granted bail and released.

On February 16, 1933, the police surrounded their hiding location in the village of Gairala. Surya Sen was taken into custody during this raid, but Kalpana managed to escape. However, she was detained on 19 May 1933, and given a life sentence. Mahatma Gandhi paid her a visit in prison amidst a popular uprising. She was released six years later.

Following her graduation from Calcutta University in 1940, Kalpana Datta joined the Indian Communist Party. She married the then General Secretary of the Communist Party of India, Puran Chand Joshi in 1943. Kalpana worked as a relief worker during the Partition of Bengal and the Bengal Famine of 1943.

Her Bengali autobiography, “Chittagong Armoury Raiders: Reminiscences,” was translated into English by Arun Bose and Nikhil Chakraborty and published in English in October 1945. The preface was written by her husband, Com. P. C. Joshi, a communist leader.

In 1946, she stood as a Communist Party of India candidate from Chittagong in the Bengal Legislative Assembly elections 1946 but lost. Later, she became a member of the Indian Statistical Institute, where she worked till she retired. She passed away on February 8, 1995, in Calcutta.

Q. Who planned the Chittagong?

Q. Why is Kalpana Datta famous?

Ans: Kalpana Datta was an Indian freedom fighter and revolutionary. She was a member of the armed independence movement led by Surya Sen, which carried out the Chittagong armory raid in 1930.

Beyond Kalpana Datta Under Inspiration Reads