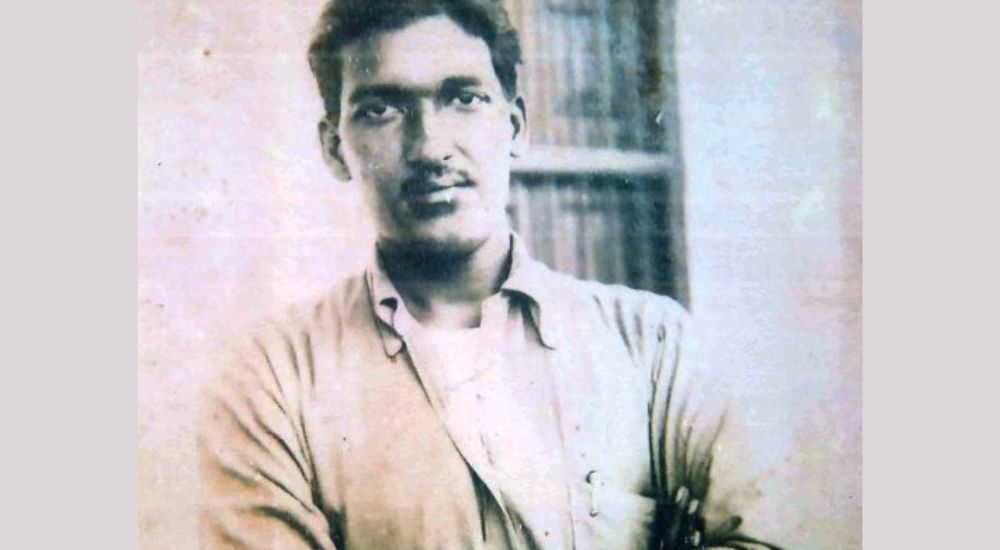 Ashfaqulla Khan was an Indian revolutionary and a great freedom fighter of India. He was the Co-founder of HRA (Hindustan Republic Association). In 1922, he played a key role in the Kakori train robbery, which was one of the most prominent incidents of India’s independence movement.

In popular memory, his name is almost always associated with Ram Prasad Bismil and the Kakori train dacoity. Apart from being a revolutionary, he was a great writer too. On daily basis, he used to write patriotic poems and diaries.

There are many questions that revolve around him, whenever we talk about Ashfaqulla Khan, Like what was his political and ideological journey, and what type of society did he envision and fought for?

He is merely regarded as an idealistic young man who gave his life in service to his nation, becoming the “first Muslim martyr” of the Indian freedom movement. There was, however, an ideological and political depth to his journey that has been missed, as his letters, diary, and poetry show.

Ashfaqulla was born on October 22, 1900 in Shahjahanpur, India to Shafiq Ullah Khan and Mazharunissa. He was born in a Muslim Pathan family of the Khyber tribe. Among his five siblings, he was the youngest one. Since his childhood, Khan was good at writing Patriotic poems. In one of his writings, Khan described his family background.

Ashfaqulla Khan wrote his poetry or ghazals in Urdu under the aliases “Warsi” and “Hasrat”. Additionally, he wrote some of his Shayari in Hindi and English. Mostly, he used to write only Patriotic Poems. Few lines from one of his best-known works:

His writings highlighted the divide and rule conspiracy of the British Empire in India. In one of his writings he said: “Phoot daalkar shaasan karne ki chaal ka ham par koi asar nahi hoga aur Hindustan azad hokar rahega”. (Your conspiracy to divide and rule India will not work; We will make Hindustan ours.) Ashfaq first jumped into the revolutionary movements after the Mainpuri conspiracy (1918), led by Gendalal Dixit. He was then in standard 7.

Although Ashfaqullah was inspired by the sacrifices made by Bengali revolutionaries like Kanailal Dutta and Khudiram Bose, his first experience with revolutionary politics came when police raided his school to apprehend Rajaram Bhartiya, a student who had been involved in the Mainpuri conspiracy.

Young Ashfaqullah was greatly inspired by the patriotic Persona of Ram Prasad Bismil. He made his all efforts to meet Bismil, when he visited Shahjahanpur, Uttar Pradesh, in 1920. Khan met Bismil in 1922 during a public meeting organized by the non-cooperation movement, which was led by Gandhiji.

Ashfaqulla Khan belonged to the Muslim group while Ram Prasad Bismil belonged to the Hindu Pandit community and was an Arya Samaj follower. Regardless of caste, color, or religion, Bismil’s goal was to win independence for the motherland.

Therefore, Ashfaqulla was permitted by Ram Prasad Bismil to join the HRA (Hindustan Republican Association) group. In a conversation with a media house, Khan’s grandson, Ashfaq Ullah Khan said that at first, Bismil was hesitant to accept Khan into his group of armed rebels. He further said:

“Like other Pathans of Shahjahanpur, Khan’s family was rich and well-placed. His father was a kotwal and hence Bismil took time to draft him into the party. Bismil admitted that Khan had to bear a lot of pressure to disown him but never yielded. Their friendship was higher than the usual ones as it was based on common ideology, ideals, and patriotism.”

When Mahatma Gandhi started the non-cooperation movement against British authority in India, Khan was in his teens. After 1.5 years of its launch, the Chauri incident occurred in Gorakhpur, where several anti-cooperation protestors set the police station on fire, which resulted in the deaths of nearly 22 police officers.

Gandhiji then decided to withdraw his call for this movement. As a result, many young revolutionaries including Khan got depressed. Khan eventually turned his attention to the Shahjahanpur-based revolutionary movement led by Pandit Ram Prasad Bismil.

Under the direction and leadership of Ram Prasad Bismil, Ashfaqulla Khan and his companions made the decision in 1924 to create their own independent revolutionary organization to oppose British authority in India. As a result, they Formed an Organization named HRA (Hindustan Republic Association).

The main focus of HRA was to organize armed revolutions to achieve freedom for the country. Soon after its launch, Bismil and his companions looted some local villages to collect the money for HRA’s expenses.

Involvement in the Kakori Train Robbery

The revolutionaries of the HRA organized a meeting in Shahjahanpur on August 8, 1925, to strengthen their movement and raise money to carry out their actions, including purchasing weapons and ammunition. It was ultimately agreed to steal the government funds transported in the trains after much deliberation.

After the train robbery, a month went by, yet despite the British government’s extensive investigation, none of the train thieves were apprehended. The police arrested Bismil on October 26, 1925. The only member of the group that the police were unable to find was Khan. He fled Bihar and moved to Banaras, where he spent ten months working for an engineering firm before going into hiding.

Soon, he flew to Delhi to leave the country since he wanted to move abroad to study engineering and aid the liberation movement even more. He sought the help of a Pathan colleague who had once been a classmate. Instead of helping, his friend betrayed him by informing the police about his whereabouts.

In the early morning of December 7, 1926, Delhi Police arrived at his home and arrested him. The death penalty was applied against Bismil, Lahiri, Roshan, and Khan to end the Kakori dacoity case, and the other offenders received life sentences.

Q. When did Ashfaqulla Khan die?

Ans: Khan received a death sentence by hanging in the Kakori conspiracy case on December 19, 1927, at the Faizabad Jail.

Ans: Yes, he was an Indian revolutionary and a prominent freedom fighter.

Q. Where was Ashfaq Ullah born?

Ans: He was born in Shahjahanpur.

Beyond Ashfaqulla Khan Under Inspiration Reads