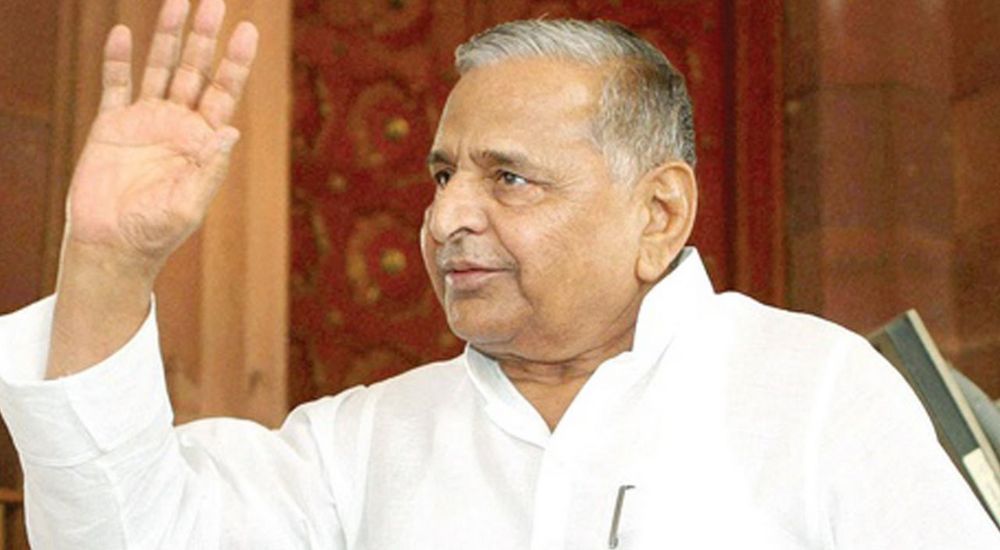 Who is Mulayam Singh Yadav

Mulayam Singh Yadav often referred to as Netaji (meaning respected leader in Hindi) was an Indian politician and a socialist figure.

He was the founder of the Samajwadi Party, a socialist political party in India, headquartered in New Delhi. In addition to serving three nonconsecutive terms as Uttar Pradesh’s chief minister, he was also India’s minister of defence.

He had been a member of parliament for a long time and now served as the Lok Sabha representative for the Mainpuri seat.

Previously, he had also served as the representative for the Azamgarh, Sambhal, and Kannauj constituencies.

He was born on November 22, 1939, to Murti Devi and Sughar Singh Yadav in Saifai village, Etawah district, Uttar Pradesh, India. In 1957, he married Malti Devi.

On July 1, 1973, Akhilesh Yadav was born as the first and only child of this couple. In 2003, Malti Devi died, due to which Mulayam Singh Yadav married Sadhana Gupta for his son’s upbringing.

Yadav earned three degrees in political science – a B.T. from A. K. College in Shikohabad, an M.A. from B. R. College, Agra University, and a B.A. from Karm Kshetra Post Graduate College in Etawah.

Before coming into politics, he was a teacher. In 1963, he was a teacher at Jain Inter-College in Karhal, Mainpuri. After receiving his master’s degree, he was elevated to the position of lecturer in 1974.

In a long political career of more than 60 years, elected as the MP 7 times, and MLA 10 times. He was an experienced politician and a very famous figure of his time in Indian Politics.

Yadav was first elected as an MLA in the Legislative Assembly of Uttar Pradesh in 1967 after being trained by figures like Ram Manohar Lohia and Raj Narain. He served there for eight terms.

Yadav was detained for 19 months in 1975 while the Emergency was being enforced by Indira Gandhi.

In 1977, he initially was appointed a state minister. Later, in 1980, he was elected president of Uttar Pradesh’s Lok Dal (People’s Party), which later merged with the Janata Dal.

He was chosen as the opposition’s leader in the UP Legislative Council in 1982 and served in that capacity till 1985.

In 1989, He became the CM (Chief Minister) of Uttar Pradesh. A big group of Sangh Parivar supporters travelled to Ayodhya in 1990 and made an effort to attack the Babri mosque, built in the sixteenth century.

To recapture the property for a lavish temple dedicated to the Hindu god Rama, they organized a march toward the mosque. Yadav instructed the police to fire live ammunition in an attempt to control the gathering.

The episode resulted in the deaths of at least 16 rioters. In 1992, Hindu mobs destroyed the mosque, igniting nationwide religious conflict.

Muslims were the main vote bloc of the Samajwadi Party and gave Yadav credit for rescuing the mosque in 1990.

Yadav established his own Samajwadi Party in 1992. A sizable proportion of people in the state of Uttar Pradesh are Muslims. Yadav and the Samajwadi Party have emerged as Muslim rights activists.

The Yadav family has been split into two battling groups since the young Akhilesh Yadav overtook Mulayam’s brother Shivpal Singh Yadav as chief minister of Uttar Pradesh in 2012.

Mulayam Singh Yadav led the opposing group which was supported by Amar Singh, a friend, and Shivpal Yadav, his brother.

Yadav kicked out his son Akhilesh and his cousin Ram Gopal from the party for six years due to indiscipline. However, he overturned his decision 24 hours later.

Mulayam’s order was overturned by the Election Commission of India after determined that Ram Gopal Yadav had the right to convene that executive convention.

As a result, Akhilesh Yadav was formally appointed as the party’s new national leader.

Q. Who was the Wife of Mulayam Singh Yadav?

Q. How Many Siblings did Mulayam Singh Yadav have?

Q. Who was the Second Wife of Mulayam Singh Yadav?

Beyond Mulayam’s Bio Under Inspiration Reads